The National Cancer Institute launched the MATCH trial in August 2015 as part of the Precision Medicine Initiative announced by President Obama.

The FDA approaches cancer drug development from the perspective of tumor type as defined initially by site of origin, and secondarily by genetic mutation. On the other hand, the NCI views cancer as a disease of mutations, and categorizes them according to the affected genes, irrespective of the tissue of origin. For example, if both a breast cancer and gastric cancer over-express the EGFR (epidermal growth factor receptor), the NCI considers these tumors as a single entity in the practice of precision medicine.

The National Cancer Institute-Molecular Analysis for Therapy Choice, known as NCI-MATCH or study EAY131, is a $30 million phase II precision medicine trial that seeks to determine whether matching certain drugs or drug combinations in adults whose tumors have specific gene abnormalities will effectively treat their cancer, regardless of their cancer type.

Precision medicine refers to the tailoring of treatment based on the characteristics of each individual. Treatment focuses on molecular abnormalities instead of the organ site of the cancer. 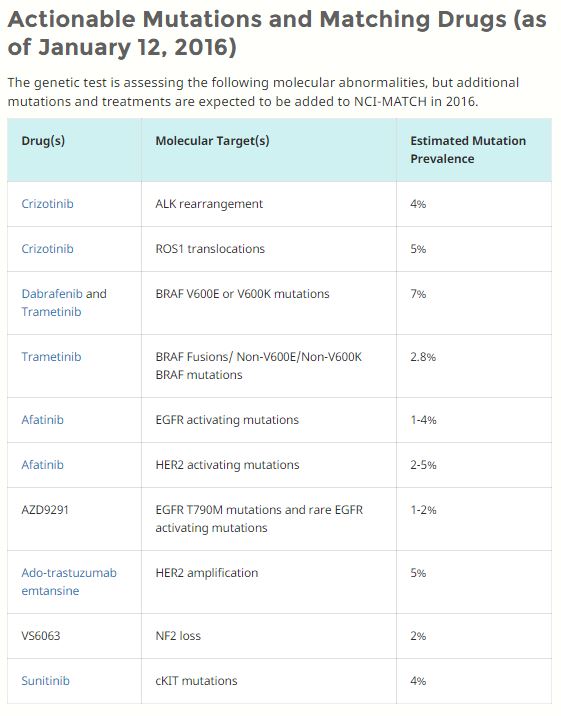 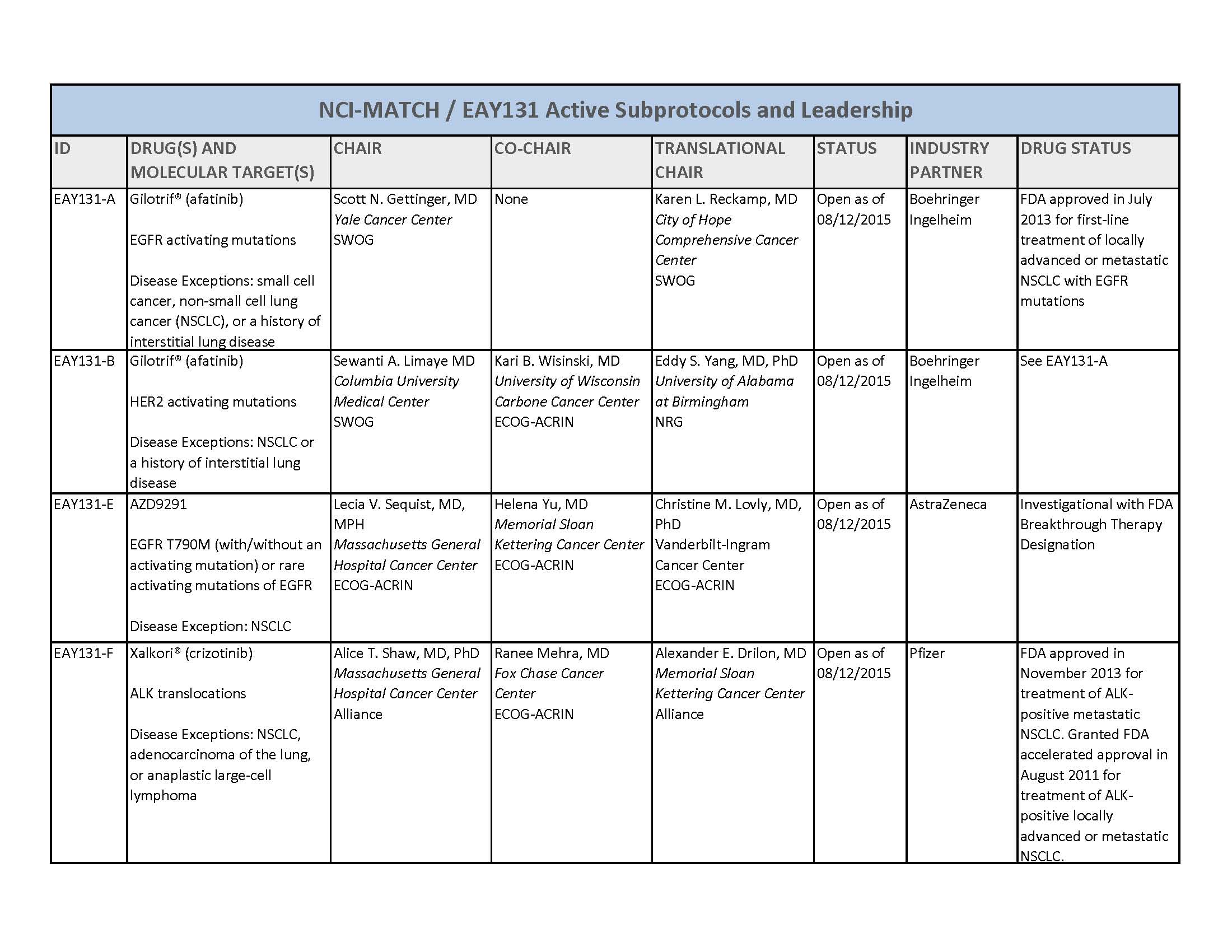 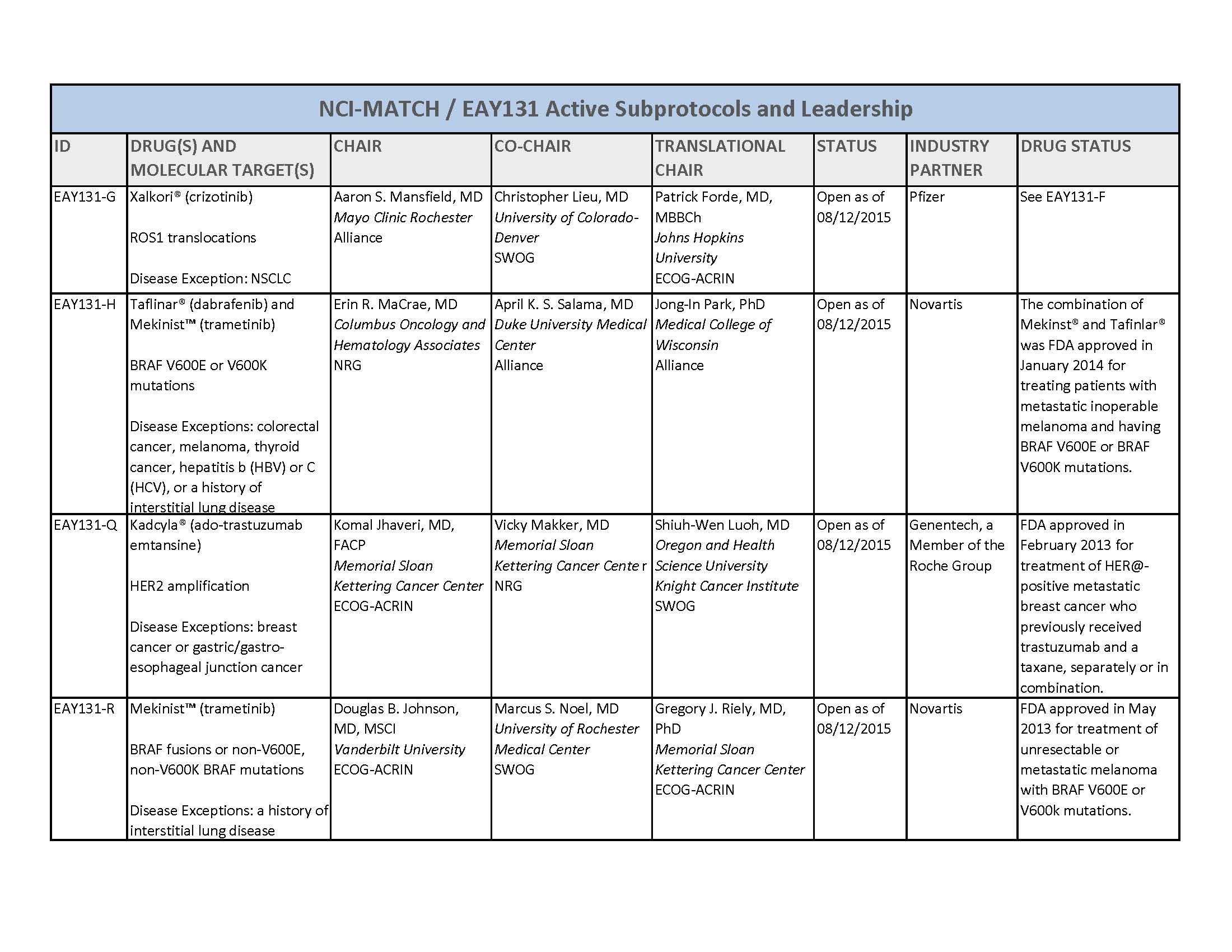 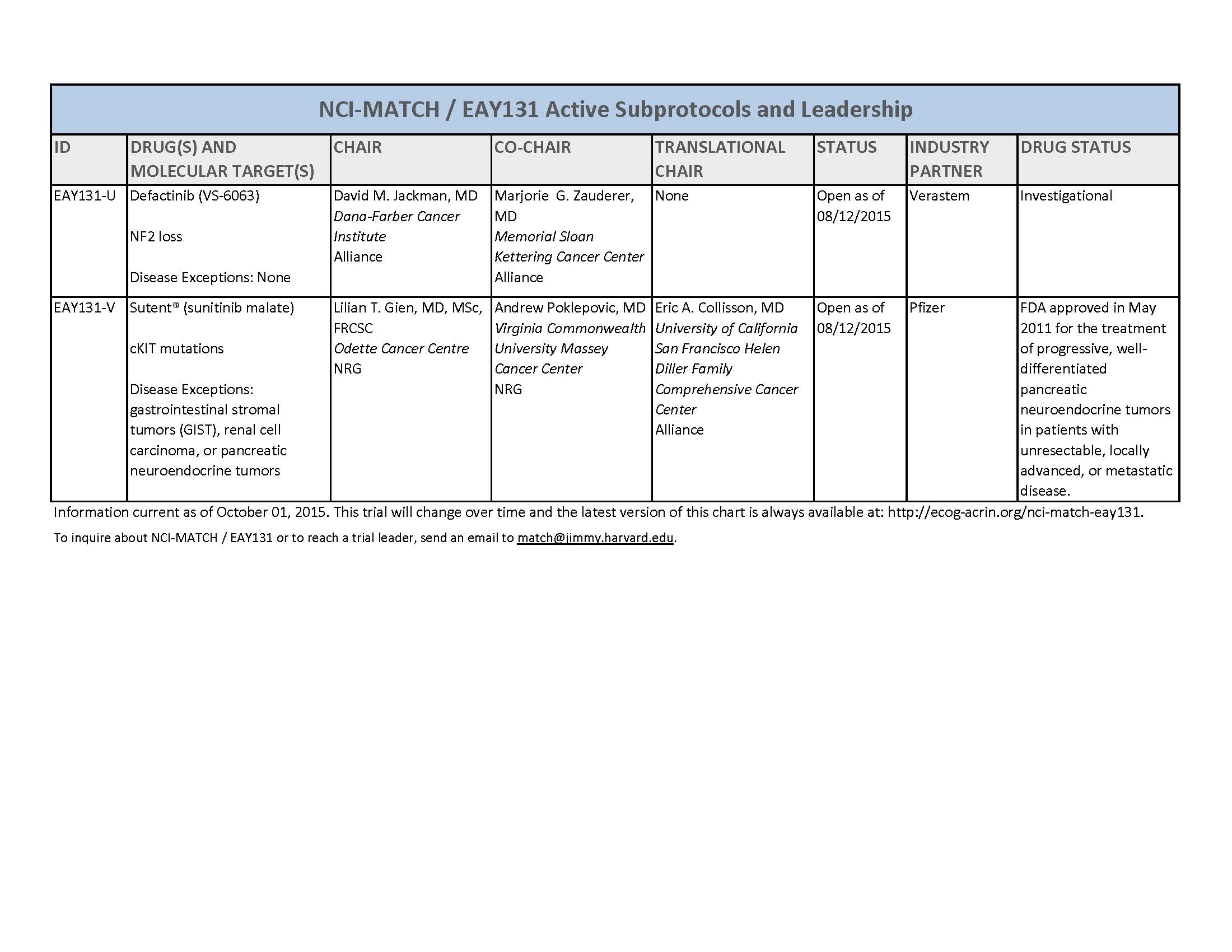 The study was paused in November so that the trial leaders could assess how it was progressing. Dr. Keith Flaherty, the oncologist who is leading the trial, didn’t expect the interim analysis to reveal such stark and frequent quality concerns in the biopsy samples. The issues include low volume of sample (the trial protocol calls for four biopsy cores, but routinely only two cores are being received by the central laboratory) as well as the quality of the biopsy specimens (cores containing very few cancer cells).

Overall, 10 to 20 percent of the samples did not yield enough cancer tissue for DNA testing, Flaherty said. More often than not, he found, these subpar biopsies came from smaller, more rural treatment centers, though many did come from major academic research hospitals.

The slipshod biopsies had real implications for the patients.

To be eligible to enroll in the MATCH trial, cancer patients had to have exhausted all standard treatment options. So this trial was often their last chance.

But the bad biopsies meant they couldn’t be matched with a personalized therapy. With time ticking, they grasped at straws. Many tried more chemotherapy, usually in vain. Others scrambled to find other clinical studies testing experimental therapies. Some simply entered hospice care.

Biopsy quality represents a real paradox – traditionally, it is advisable to make a diagnosis by removing as little tissue as possible from the patient by doing so with minimally invasive techniques. However, for this trial, which hinges upon genetic analyses, more tissue is better. Also, unlike routine clinical practice, patients must be biopsied upon every relapse so that genetic analyses can reveal the mutations that induced resistance.

Not only must this issue be resolved for the NCI MATCH trial, but also in routine medical practice in the future, which is evolving to molecular-based medical decision-making.

The MATCH Trial is being run by the ECOG-ACRIN Cancer Research Group is a multidisciplinary, membership-based scientific organization that designs and conducts biomarker-driven cancer research involving adults who have or are at risk of developing cancer. The Group is dedicated to its stated purpose, which is to achieve research advances in all aspects of cancer care and thereby reduce the burden of cancer and improve the quality of life and survival in patients with cancer.

The Group was formed in May 2012 by a merger that combined the complemen tary strengths of the Eastern Cooperative Oncology Group (ECOG) in cancer therapy and the American College of Radiology Imaging Network (ACRIN) in cancer imaging. ECOG and ACRIN were two highly respected National Cancer Institute-sponsored cancer cooperative groups. ECOG’s large-scale cancer treatment clinical trials changed the standard of care in numerous types of cancer and helped to individualize cancer therapy. ACRIN’s clinical trials encompassed the full range of medical imaging research, including the investigation of surveillance strategies in high-risk populations, imaging biomarkers in early phase trials, prevention approaches in landmark cancer screening trials, and methodologies in comparative-effectiveness research. 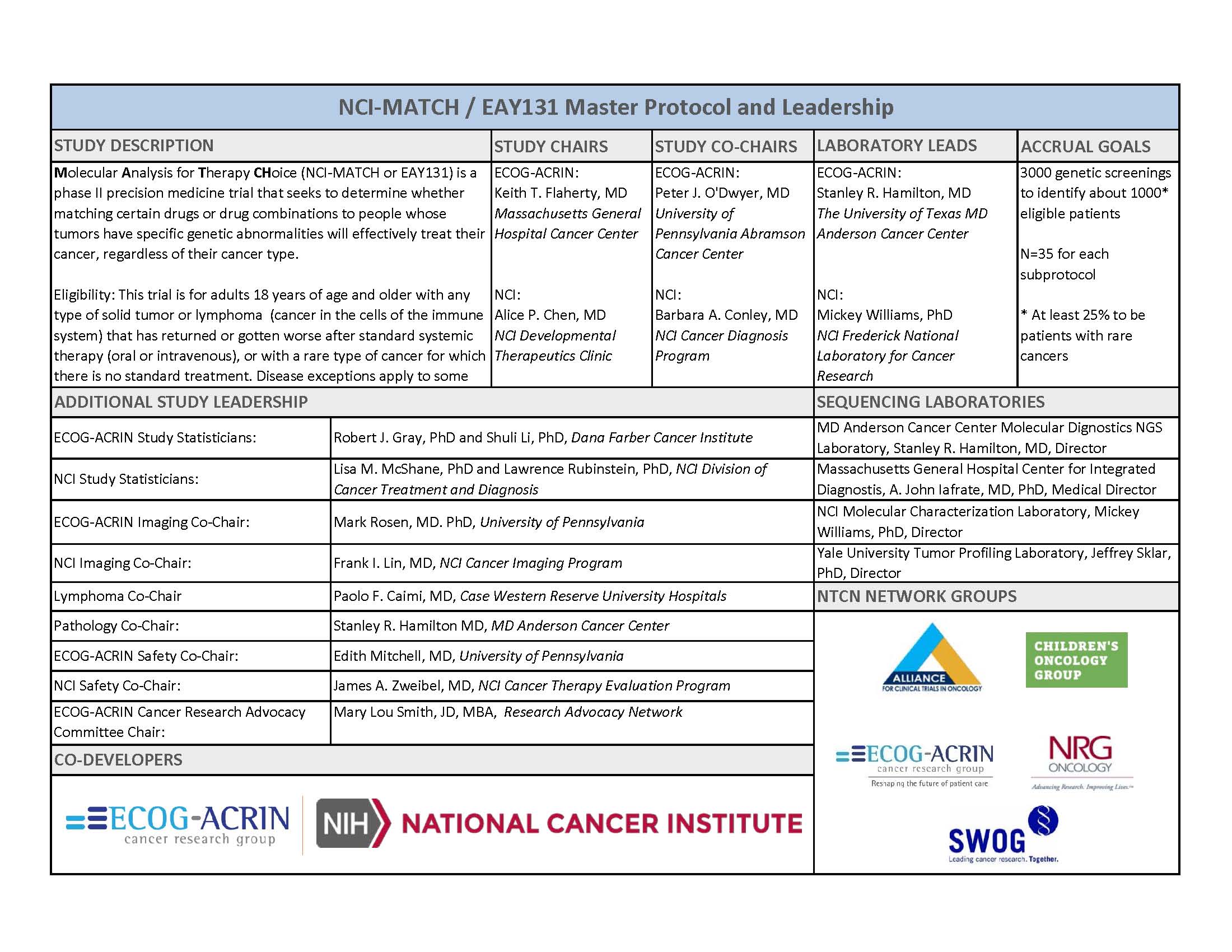