South Orange, NJ, November 1, 2018 — Even in a year filled with stories of women running for elected office more than ever before, Americans prefer women athletes as role models over women politicians by substantial margins, according to a poll conducted this week by the Seton Hall Sports Poll.

Asked who would make a preferable role model, the poll found that by more than a 2-1 margin, (54-24%) people said a professional or collegiate woman athlete over a female politician, and to the question, “if you had a daughter, would you prefer a career in politics or athletics,” 45% said athletics to 29% politics.  The responses were generally consistent among men and women, with men saying “athlete” by 44-31% and women saying athlete by 45-27%.

“Despite the media coverage of the number of women running, untarnished by years in office, the very idea of politicians as role models or politics as a career is not viewed favorably compared to athletics,” noted Rick Gentile, director of the poll, which is sponsored by the Sharkey Institute.   “And given a choice of ‘neither’, only 14% opted for that, a surprisingly low number, given that the two fields are relatively new career paths.”

The poll also asked which women’s sports people were likely to watch, with tennis (33%), basketball (26%) and soccer (16%) leading the way.

The Official Seton Hall Sports Poll podcast discussing this topic with Seth Everett and Rick Gentile can be found at https://itunes.apple.com/mt/podcast/seton-hall-sports-poll/id1053266467.

This poll was conducted by telephone October 29-31 among adults in the United States. The Seton Hall Sports Poll is conducted by the Sharkey Institute. Phone numbers were dialed from samples of both standard landline and cell phones.  The error for subgroups may be higher. This poll release conforms to the Standards of Disclosure of the National Council on Public Polls. The Seton Hall Sports Poll has been conducted regularly since 2006.

(ONLY READ FOUR CHOICES BUT RECORD IF OTHER OR NONE) 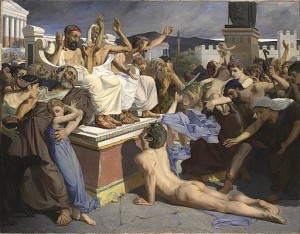