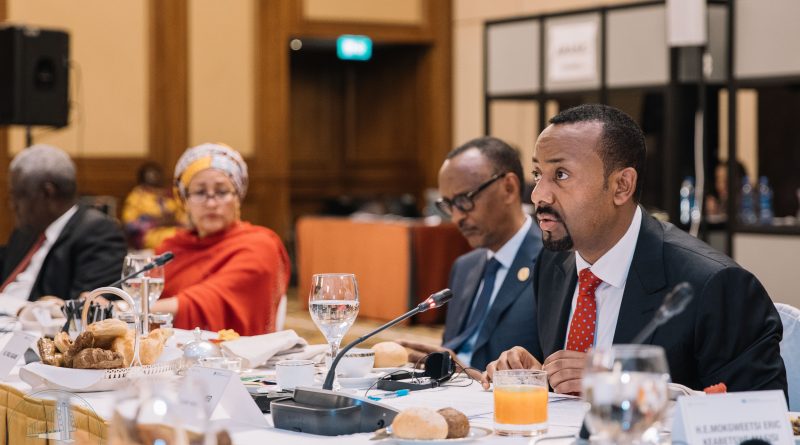 Abiy Ahmed ascended to office in 2018, becoming the first member of the Oromo ethnic group to lead Ethiopia, according to CNN. After years of being ruled by the Tigray Peoples Liberation Front (TPLF), a political entity representing the minority Tigrayan ethnic group, many in Ethiopia looked to find a new beginning under Abiy and hoped his rhetoric of peace and unity would bring Ethiopia together for good.

To understand Abiy Ahmed’s agenda as prime minister, it is important to first understand Ethiopia’s political landscape and the TPLF’s role in politics. The TPLF rose to power in 1991 after toppling the dictatorship of the Mengistu Miriam through the use of guerilla warfare. After dismantling the oppressive regime, the TPLF held a firm grip on power by leading the ruling Ethiopian People’s Revolutionary Democratic Front until Abiy came to power in 2018.

Abiy Ahmed’s new government fragmented the TPLF’s hold on power and challenged the complicated inter-ethnic relations of Ethiopia by becoming the first prime minister of Oromo descent. An additional CNN report says that Abiy sought peace and unity by lifting restrictions on the press, welcoming back banned political opposition parties, appointing women to cabinet positions, and opening up the economy.

The tensions between the TPLF and Abiy Ahmed escalated with several key events. One flashpoint was the prime minister’s fixing of Eritrean-Ethiopian relations, which directly conflicted with the interests of the TPLF which was previously at war with Eritrea over the disputed shared border between the Tigray region and Eritrea. Abiy also created a new coalition called the Prosperity Party, which the TPLF directly opposed because it dissolved the ruling coalition that included the TPLF.

The incident that sparked the recent Tigray was the postponement of the country’s 2020 regional elections due to the COVID-19 pandemic. Vox reports that the TPLF held the prime minister postponed elections because Abiy did not believe he would win. In retaliation, the TPLF held regional elections in Tigray anyway, setting up a showdown with the central government. Abiy responded by cutting off federal funds to Tigray, which ultimately resulted in the TPLF taking over a federal military base in Tigray and taking control of the area.

Foreign Affairs reports that efforts to centralize power around Abiy’s Prosperity party have led to the suppression of ethnic groups around the regions, especially Tigrayans. According to CNN, an Ethiopian diplomat who has known the prime minister for almost 20 years wrote a scathing open letter saying, “One of the ironies of a prime minister who came to office promising unity is that he has deliberately exacerbated hatred between different groups.” In his quest to centralize power, Abiy has been accused of not respecting each ethnicity-based region’s autonomy. This system of “ethnic federalism” was protected and acknowledged by the old TPLF government and but did little to put an end to ethnic conflicts.

Worries of ethnic autonomy are not exclusive to the Tigray region. CNN reports that Ahmed’s own home Oromia region is also calling for self-rule. Ethnic militias in Amhara are also forming, claiming that they are re-seizing their land. To counter the TPLF’s attack on a federal military base, the Ethiopian Military has dispatched forces to fight TPLF forces, wreaking havoc amongst locals in Tigray. The New York Times reports that Ethiopian human rights organizations, along with the UN, released a joint report that indicates “appalling levels of brutality” in the war, including extrajudicial killings, sexual violence, and attacks on refugees.

The conflict goes far beyond political power in the region. Some militias are not only opposing the central government but are also carrying out attacks on civilians and pushing them out of their territory. All of these events will make it hard for Abiy Ahmed to remain a figure of peace for Ethiopia.

The international community has isolated Abiy Ahmed for his shortcomings on his promises of peace and unity. The unique ethnopolitical landscape of Ethiopia is a fertile ground for new coalitions to be formed opposing Abiy Ahmed’s government. Now that war has struck Ethiopia, observers question whether Abiy Ahmed ever had true intentions of bringing peace to Ethiopia and whether the country’s inter-ethnic relations make it too difficult for one government to bring prosperity and peace to everyone. 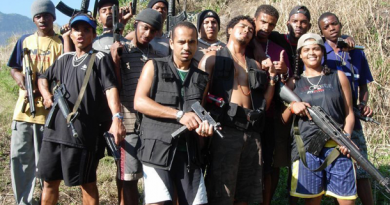 Focus on the Narcotics Trade: Brazil