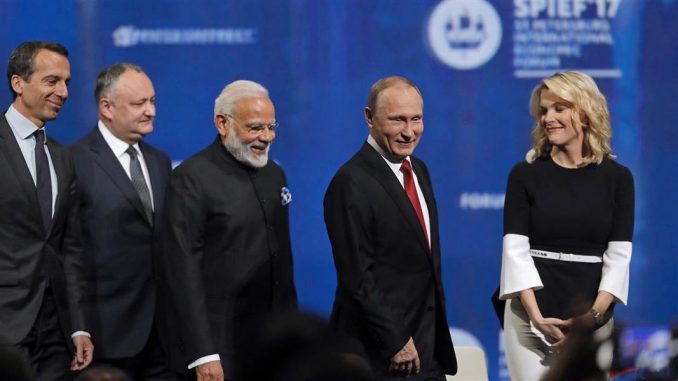 The interview garnered massive attention not only for President Putin’s answers to the media’s major questions regarding nuclear arms and election meddling, but also for Megyn Kelly’s supposed lack of journalistic skill. Despite continually pressing for answers on issues such as intrusion into the U.S. election, President Putin denied having any knowledge on the subjects.

After picturesque visits with President George W. Bush at his Crawford ranch and family home in Maine, President Putin later authorized a shocking invasion into Georgia, which the Bush Administration clearly opposed and in response launched retaliatory sanctions.

Coming back to the present, where skepticism against Russia is more present in both political parties, much debate ensued over how U.S. President Donald Trump and other world leaders should conduct relations with Russia, while still avoiding the mistakes of past.

When Megyn Kelly asked if Russia’s new nuclear-capable weapons system is a declaration of a new Cold War, President Putin placed blame on the U.S. He stated that the new program was in response to the U.S. ballistic missile defense program and American withdrawal from the Anti-Ballistic Missile Treaty in 2002.

When asked about the twelve Russian nationals who spread fake news about the election and the hackings of the DNC and Clinton campaign email servers, President Putin denied having any knowledge of what occurred. He referenced how he believes the U.S. constantly interferes in foreign elections to influence outcomes, according to the Russian Insider.

President Putin employed his strategy of denial and ignorance on other occasions besides interviews with journalists such as Megyn Kelly. When speaking on the recent nerve-agent attack in the United Kingdom on former Russian ex-spy Sergei Skripal and his daughter, President Putin stated that, “I found out about it from the media. The first thing that entered my head was that if it had been a military-grade nerve agent, the people would have died on the spot,” reports the Guardian.

Former Secretary of State Rex Tillerson expressed concern over Russian activities.  He expressed his frustration in dealing with Russia, stating that, “I’ve become extremely concerned about Russia … We spent most of last year investing a lot into attempts to work together, to solve problems, to address differences. And quite frankly, after a year, we didn’t get very far. Instead what we’ve seen is a pivot on their part to be more aggressive,” reports Axios.

Megyn Kelly questioned President Putin on why their interview was being held in Kaliningrad, a Russian military port and base which she said “could not be more threatening to NATO and Europe.”  He avoided answering the question by pleading ignorance and claiming that his staff chose the location.

Putin later criticized the U.S. for having its missile defense systems so close to its neighbors, specifically referencing the system deployed in Alaska, which is 60 kilometers from Russia’s Chukotka.

After watching Megyn Kelly’s interview with President Putin, it is apparent that President Putin is a skilled politician in how he defends Russian policies yet avoids ownership of alleged activities perpetrated by Russia abroad.  It is clear that the Kremlin will deny ordering hostile and aggressive policies and its top leaders will maintain ignorance on the issues in the future, despite whatever evidence might exist.

The United States and its European allies may hold diplomatic talks to resolve their issues, but a new strategy must be taken when dealing with Russia. Western leaders must be upfront in condemning Russian policies that threaten international peace and security. 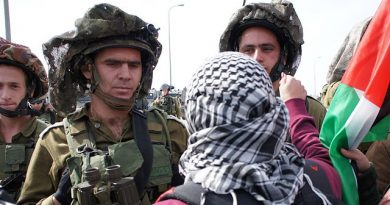 The Concern for Gun Reform Amidst the Christchurch Shooting