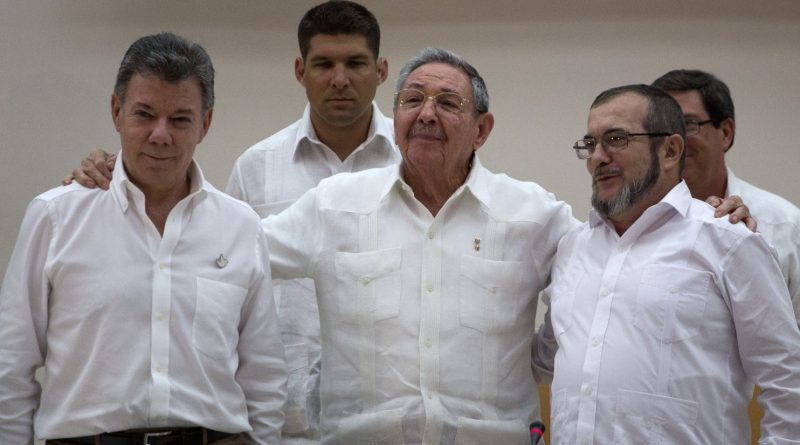 The United Nations Mission in Colombia announced on January 11 that the Colombian peace deal will delay its original January 1 and January 31 deadlines of ceasefire and demobilization. The new deadlines are set for June 2017 and after.

The ceasefire is delayed due to “logistical problems” and the conditions the country is currently in. One component of the deal emphasizes the use of a camp, funded and managed by the U.N., to label and oversee the weapons turned over by the Revolutionary Armed Forces of Colombia (FARC) soldiers.

Jean Arnault, the head of the U.N. Mission in Colombia, told The New York Times that “to date, construction has begun in one-third of the zones, preparations are ongoing in another third, while the remainder continues to face difficulties.”

Maria Menjia, Colombia’s ambassador to the U.N., echoed Arnault’s concerns, claiming that many of the camps’ locations “have difficult access, without roads for communication, no drinking water, without energy.”

In order to prepare for the disarmament process, the United Nations sent observers to manage the FARC, the weapons, and rebuilding the infrastructure of Colombia. According to France 24, FARC has over 5,700 soldiers throughout Colombia.

Under the peace deal, the soldiers have to gather at one of the 26 U.N. camps in a time frame of six months. President Santos expects 650 soldiers to bring their weapons to the camp in Meta, the largest department in Colombia. In order to man the camps, the U.N. sent over 450 observers to Colombia to oversee the disarming and demobilization processes.

Three observers, however, were recently caught on camera not fulfilling their duties as observers or representing the U.N. in a professional and impartial manner. The three individuals were slow dancing in a camp where FARC soldiers brought their families and laid down their weapons. The observers were suspended from their positions and sent back to their home countries.

Despite the optimism of many regarding the Colombian peace deal, the violence has only gotten worse in the country. As of December 2016, “patterns of attacks on left-wing activists, indigenous leaders, human rights advocates and members of Marcha Patriótica, with the pace picking up in recent months as the government finalized a controversial peace accord with the FARC,” according to The Washington Post.

The deaths from the right wing insurgents are qualified by Colombian authorities, whom “acknowledge that at least 58 community leaders and social activists were assassinated in 2016”, according to Caracol Radio. Due to the violence and instability of the country’s local law enforcement, “only a small amount of suspects have been arrested, but many right-wing militias are blamed for the murders.”

Citizens also suspect soldiers and police are behind the murders, on behalf of the wealthy and influential Colombian landowners and others whom disagree the peace deal.

The Colombian peace deal, approved on November 30 and adopted on December 28 by President Juan Manuel Santos, is expected to bring peace and ensure a disarmament process between the government and FARC. The ceasefire will conclude fifty years of violence and warfare in the country.