Human rights groups have strongly condemned Israel for its harsh immigration policy towards African asylum-seekers, citing hypocrisy between their immigration bans to non-Jews and the open, streamlined process of immigration of European Jews.

Reuters reports that Israeli Prime Minister Benjamin Netanyahu has rejected all proposals and his opposition’s call to take in Syrian refugees. According to Israel’s Population Immigration and Border Authority, more than 60,000 migrants crossed into Israel illegally between 2006 and 2012. Most of these migrants were from Eritrea, seeking asylum from harsh dictatorship. Israel classifies them as economic migrants seeking work, not as refugees.

In 2012, Israel built a border fence with Egypt to hinder immigration, and is in the process of extending its fence along the eastern border of Jordan. Israel requests that these migrants leave and is willing to give cash grants to those who return to their homes or depart for another African country.

Thousands of migrants are detained in the Holot Detention Facility along the Egyptian border. An Israeli Supreme Court ruling declared that these detainees must be released after a maximum stay of 12 months, but upon release, African migrants are banned from entering the capital city of Tel Aviv.

On the other hand, immigration to Israel has been freely extended to Jewish people, as well as certain non-Jewish relatives. According to the Jewish Agency for Israel, the Law of Return states that Jews from other countries are entitled to move to Israel and request Israeli citizenship at any point, as long as they pose no threat to public health, state security, or the Jewish people as a whole. As of 1970, non-Jewish spouses, children, and grandchildren of Jews are also allowed citizenship. This ensures that families are not broken apart, and that there is a safe haven for non-Jews being persecuted because of their Jewish roots.

Israel is experiencing a surge in European immigration, largely from Ukraine and France. The Immigration Absorption Ministry of Israel estimates that by the end of 2015, the number of immigrants from France alone will reach 9,000, compared to the estimated 7,200 French immigrants taken in by Israel in 2014.

The influx of French immigrants is due to the rise of anti-Semitic violence in France, such as the massacre at a Paris kosher that left four hostages dead.

Ukrainian immigrants are coming predominantly from the east, where civil war has threatened civilian safety. According to the Jerusalem Post, approximately half of the Jewish population in the eastern Ukrainian city of Donetsk have already fled. For Ukrainians, the process of immigration is being expedited. Requesting citizenship can normally take months, but applicants from Eastern Ukraine are now admitted immediately.

Israel’s Immigrant Absorption Minister Sofa Landver urged Jewish people in Denmark to immigrate after the shooting of a Jewish security guard in Copenhagen. 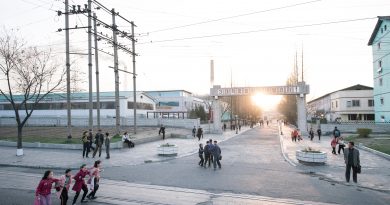