Last year, Russia emerged as a frontrunner in the bid for South Africa’s developing nuclear program. An agreement initiated by Russia set the foundation for a long-term relationship between the two states. Furthermore, Russia said that its partnership with South Africa and its nuclear program aims not only to build and expand the nuclear facilities and resources of South Africa, but also offers an opportunity to modernize the African continent as a whole.

Russia was only one of five countries offering nuclear aid to South Africa: the United States, France, China, and South Korea all expressed interest in South Africa’s nuclear program. However, Russia presented one of the more unique offers for South Africa, specifically the “build, own, operate” deal under which Russia will construct and run new nuclear facilities over a seven-year-period and sell generated nuclear power to South Africa at an agreed price.

South African President Jacob Zuma affirmed in his State of the Nation Address that his government is committed to expanding nuclear power during his term in office. He went on to say that South Africa would maintain an open process.

However, some aspects of Russia’s proposal are surprising in terms of South Africa’s participation. For example, according to iAfrica, Russia’s proposal restrains South Africa financially and holds the latter state accountable for any accidents that may occur during the construction as well as for any damages.

Russia’s current economic situation puts their ability to provide the necessary funding for a nuclear deal with South Africa into question. The Russian economy is combating multiple obstacles to regaining its economic standing in the international community. First, as a result of its military occupation of Ukraine, Russia currently bears economic sanctions imposed by the international community. Additionally, the drop in oil prices depleted government revenues dependent on taxes on gas and oil, thus causing inflation to rise to 15 percent.

These factors pose the question of whether Russia can afford entering a nuclear deal with any state. In the proposed deal, Russia will receive tax exemptions during the seven-year period and reserves the right to block other parties from entering into a nuclear deal with South Africa.

Nevertheless, as expressed by South Africa’s The Mail & Guardian, “the vendor-assisted financing” encased in the nuclear deal with Russia provides the only way for South Africa to reasonably afford going nuclear in the present global economy. Despite contrary international advice, South Africa continues to pursue this nuclear partnership with Russia. And for Russia, a nuclear deal with South Africa allows a foothold in Africa, where China is currently the major power player. 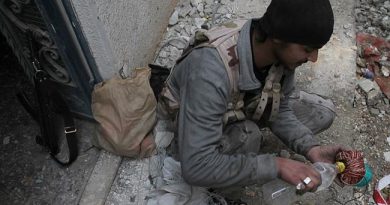 Focus on the Narcotics Trade: Jordan 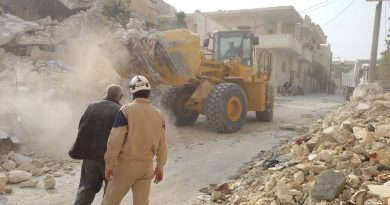