Legal Perspectives:
There are currently no comprehensive federal laws that discuss user and data privacy in the United States.
Currently, The Federal Trade Commission (FTC) has jurisdiction to take action against companies that violate a very broad selection of rules including: 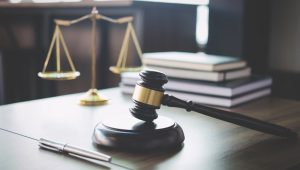 Ethical Perspectives:
There are several ethical issues that come to light in regard to personal privacy and data collection. One example of an ethical issue regarding data collection is Amazon Alexa. This device is known to record your private conversations in your home and store them for future access. Most users of the device likely do not know they are being recorded outside of when you activate the Alexa. This can be considered ethically wrong as it poses a huge threat to privacy.
As an organization, there are several things companies should be required to consider before collecting data:

Political Perspectives:
There are many rapid changes politically when discussing users’ privacy and data in the United States.
An executive order under the Biden administration was passed in May 2021, to provide guidelines for government agencies to follow to help better protect sensitive data from foreign adversaries. With main goals at the end of having trust in digital infrastructure that is both trustworthy and transparent and consequences if that trust is broken. There are currently no federal data privacy laws, however, states have begun passing data privacy laws.

With much business conducted outside the US, privacy laws have begun to arise, however, Canada has set precedent, with a proposed privacy law that would focus on giving consumers control of their data and promote transparency. Countries around the world are working on implementing more privacy laws. Will there be laws set in place to protect companies conducting business in foreign countries regarding data protection? An example of this could be TikTok a foreign company recently giving themselves permission to collect biometric data from US users, bringing up the need for laws to be put in place to protect citizens’ information.

Social Perspective:
Depending on the social logic that brings them to life, digital technologies can take many forms and produce many effects on people’s lives. The economic system of surveillance capitalism is centered around the personal data of people’s behaviors, allowing corporations to show and advertise what they want people to see. This process involves gathering data from the same groups of people that are ultimately going to be targeted. For example, Google gathers personal information from us to target us with advertisements, and Facebook likely sells our personally identifiable information to organizations that want our votes. This practice of surveillance capitalism, also known as the legality of epistemic inequality, it not only gives companies profit but allows companies to feed ideas that intrude in people’s lives.