The biggest contradiction is that surveillance is there to keep us safe. While at times it may seem more negative than positive, surveillance is meant to help us. While it seems a bit more like companies are trying to only help themselves (which they are), they continuously state that they only care about their customers and would never do something unethical (…right).
In the worldly sense, surveillance really has two dimensions to it, the past dimension, and the future one. The past dimensions of surveillance are those that have been found, and the future ones are those that we don’t yet know about. To say that “these are all the contradictions…” is a severe misstatement because we will never really know every concept of surveillance because just as technology endlessly improves, internet and digital surveillance will continuously emerge. What we should define as an important contrast is between these backward societies and advanced ones. These two types of society are placed on a single dimension, implying that—if the backward society ceases to stubbornly reject progress—it will eventually evolve to become advanced.

While we cannot see into the future and predict what will come of digital surveillance, right now we are at a jurisprudential inflection point as courts are stuck dealing with how the Fourth Amendment should be used in online and internet surveillance. The amendment states that “The right of the people to be secure in their persons, houses, papers, and effects, against unreasonable searches and seizures, shall not be violated, and no Warrants shall issue, but upon probable cause, supported by Oath or affirmation, and particularly describing the place to be searched, and the persons or things to be seized.” 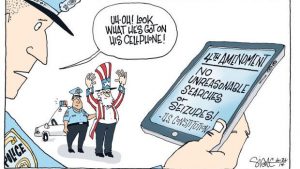 Currently, the Constitution asserts that under special circumstances a home, car, or student’s belongings in a school may be searched, but has no revision in it about online data. The technologies that this online data is one, is everywhere. Our computers, smartphones, smartwatches, cars – all of these and more – hold information about our relationships, communication, location, preferences, political viewpoints, current and past interests, and it is all available without a warrant. Worse yet, Big Data corporations are taking this data from us without us even knowing, all under the guise of surveillance.

Practices that have been used and connected to Surveillance Capitalism are Alexa, Echo Dot, Google Home, and all other household devices that are constantly listening to us. While we may not be constantly speaking to these devices, they are infinitely recording what we say while in their presence.  The largest of these corporations to surveillance us is Google. Google uses data extraction procedures and files their users’ data in compartments that create new markets for each individual service or product that we are interested in.

What is a hack to Surveillance Capitalism?
Smart Home technology has become more accessible in recent years and usage rates in the United States are on an all-time rise. The amount of Smart Home users at the end of 2021 will exceed 50 million. This will give the corporations that own these devices (you guessed it – Google and Amazon) access to your lives behind the scenes. By having access to our daily routines, our interests/disinterests, jobs, family life, etc., we give these corporations more power than we ever imagined.

The future threat has shifted from a totalitarian extremist state to a persuasive capitalist state. As Zuboff states in her book about this topic, Big Brother is more likely going to be a “Big Other”, a surveillance operative that persuades us to use services and purchase goods that the big corporations are pushing. Advertisements are becoming more and more direct, and the extreme results are already happening. Take the unending feud between China and the U.S., which is being fought not with physical force, but with mass data. The weapons they are using are the surveillance records and intelligence that China-based apps such as TikTok collect. The means that made this possible was because TikTok added a layer of encryption in their application that is able to track users online, all without a way to opt-out. This data surveillance became known, and concerns became so extreme that over half of adult Americans supported a national veto of the social media app, this was, of course, not passed.

Another example of extremism in Surveillance Capitalism is particularly direct marketing advertisements. In 2012, Target was able to predict that a teenager in Minneapolis was pregnant – even before she had told anyone. This is through the incredibly direct marketing that Target uses. The corporation assigns every customer a “Guest ID” number, tied to their credit card, name, or email address that becomes a bucket that stores a history of everything they’ve bought, and any demographic information Target has collected from them or bought from other sources. Through this data that was collected, the corporation was able to deduce that the girl was expecting a baby, all from her spending patterns.

I think one extremely rare event would be if we became “chipped” in some way or another and our lives were constantly in surveillance simply through our minds. Earlier this year, when the vaccinations for COVID-19 were first made public, people that did not support the vaccine started a rumor very similar to this and stated that a tracking chip was being injected into us. While this was (very obviously) proved not true, I have little doubt that if the Government wanted to place a chip in our bodies somehow, they could. However, our phones are already tracking devices, so an injected chip wouldn’t make much sense. As stated by Dr. Matt Laurens, a pediatric infectious disease specialist at the University of Maryland School of Medicine who also serves as a co-investigator on the phases of the COVID-19 vaccines: “That’s just not possible as far as the size that would be required for that microchip, and secondly, that microchip would have to have an associated power source, and then, in addition, that power source would have to transmit a signal through at least an inch of muscle and fat and skin to a remote device, which again, just doesn’t make sense.” 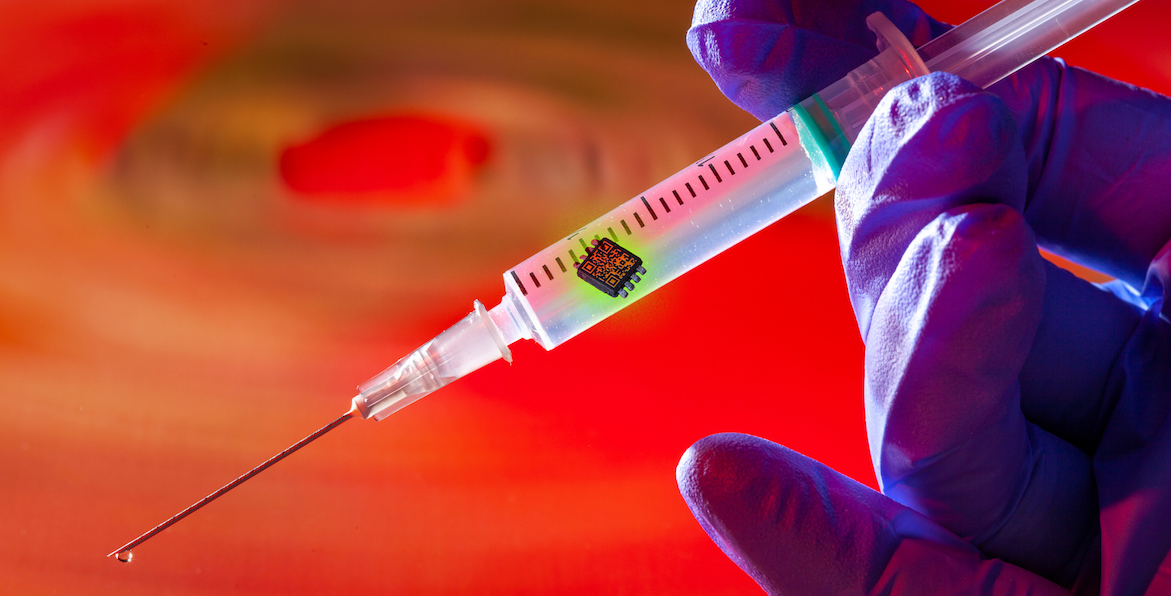