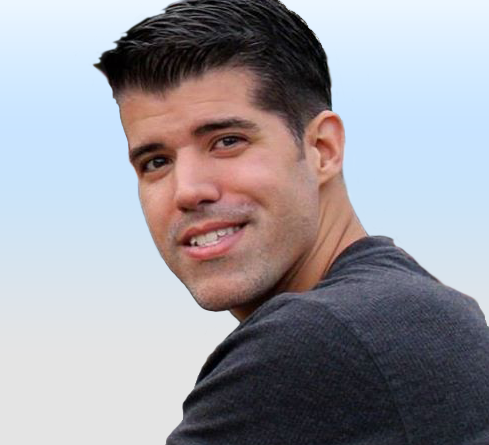 We in Stillman News recently had the opportunity to interview Gabino Roche, Seton Hall Class of 1998 and founder of Saphyre, a fintech startup revolutionizing the financial services industry by digitizing and speeding the pre-trading space, while providing trading and post-trade benefits for financial institutions at the same time. We are very grateful to Mr. Roche for his time, and for sharing his experiences with us.

Eight years after graduating from Seton Hall, Roche took a big step forward in his career when he began working at McKinsey & Co, where he learned how to develop new products and bring them out to market fasteter. The level of expertise acquired there then led him to become a Managing Director at the NYSE for a startup division of theirs, developing FIX engines and other products during his tenure. After spending several years at JPMorgan and working with other major financial institutions, Roche set out to change the financial industry as we know it.

Roche built his business model with Saphyre around what one of his mentors during his time at McKinsey, Jeff Patton (a thought leader in the Agile and User Experience Design space), had told him: always assume that the users and clients are dumb and lazy. Roche took this to heart and appealed to his customers’ interests, building the simplest user interface possible, ultimately making the platform intuitive and easy to use. With this business model in mind, Roche and his team began their quest to disrupt the financial services industry by digitizing the pre-trade space, something simple, but undone up until this point. Hard work pays off, as Saphyre won as clients as well as developed strategic partnerships with both Blackrock and JP Morgan Chase.

Saphyre takes on an all-encompassing approach with clients, asset managers, custodians, and brokers by digitizing the legal, tax, KYC (know your customer), and operational configuration data from the start, allowing the users across multiple firms to embrace new technology where before they were restricted to faxes, emails, phone calls, and spreadsheets. Saphyre’s revolutionary technology implements AI to create a comprehensive environment for all parties involved in a transaction, reducing the time in the pre-trading space from weeks to only 1-2 days.

Roche commented on the educational system, criticizing it for not allowing students to fail. He believes failure to be an incredibly important aspect to success. Taking those failures and reflecting on them, as well as the wins that have transpired during your work week, three-to-four hours at the end of the week to document what went right and wrong with his business operations as well as where they needed to head next. Staying true to his title as inventor and entrepreneur, Roche created more than 40 patents used by Saphyre, all amounting to a competitive advantage and in part helped to birth the ther strategic partnerships gained with BlackRock and JPMorgan Chase.

Roche describes his startup life as a roller coaster; after all, you can’t partner with the largest asset manager in the world without being rejected a few times. He puts his customers at the center of his business model, taking every step to provide value to the end-user, appealing to their interests. We at Seton Hall are proud to call Gabino Roche one of our alumni, a proud Pirate that is changing the industry as we know it.