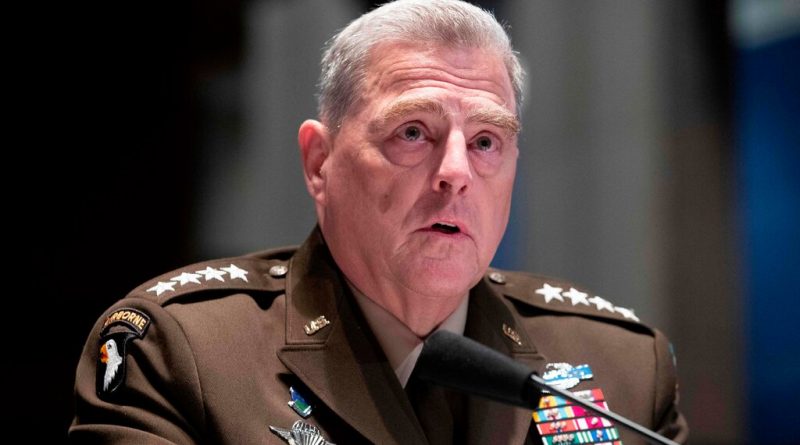 On October 12th, with an interview with National Public Radio, the nation’s top General Mark A. Milley and chairman of the Joint Chiefs of Staff declined to endorse the White Houses orders to withdraw troops from Afghanistan. The general’s main argument is that the terms settled with the Taliban are conditional and that the United States will still work to responsibly end the war. His comments in the interview came after the many conflicting messages given by White House staff as well as President Trump’s accelerated timeline announced via Twitter. Announcements came about reducing the number of troops to 2,500 by next year, however, Defense Department Officials say they are still operating under orders to reduce troop levels to only 4,500. On top of that, President Trump’s timeline says that all troops will return before Christmas, “We should have the small remaining number of our BRAVE Men and Women serving in Afghanistan home by Christmas!” Clearly confusing messages all around and warrants appropriate concern from General Mark Milley.

He further comments that he is doing his best to analyze the situation unfolding around him, “I’m not going to engage in speculation. I’m going to engage in the rigorous analysis of the situation based on the conditions and the plans that I am aware of and my conversations with the president.”. As a part of the deal with the Taliban, the U.S would withdraw but the conditions according to Milley are shaky and need to be watched closely so that he can better inform the president so that they can make a more responsible decision, rather than a surprising and quick one. Other officials argue that a quick withdrawal would break the peace decision made with the Taliban, which is why Milley was quick to disagree with President Trump’s timeline in favor of a slower and cautious one instead. “The key here is that we’re trying to end the war responsibly, deliberately, and to do it on terms that guarantee the safety of the U.S. vital national security interests used an important phrase, general conditions-based,” Milley said, referring to the settled agreements that may now be in jeopardy with the new hastened timelines.

In short, the recent messages about withdrawing from Afghanistan have been convoluted and not passed along the proper channels of communication so that they may operate smoothly. General Mark Milley is working around the clock to meet the conditions of the treaty and withdrawal while maintaining the safety of the U.S, his soldiers, and civilians. The long-drawn war in Afghanistan must be handled with care in order to bring it to a conclusion and General Mark Milley wants to guarantee that happens.