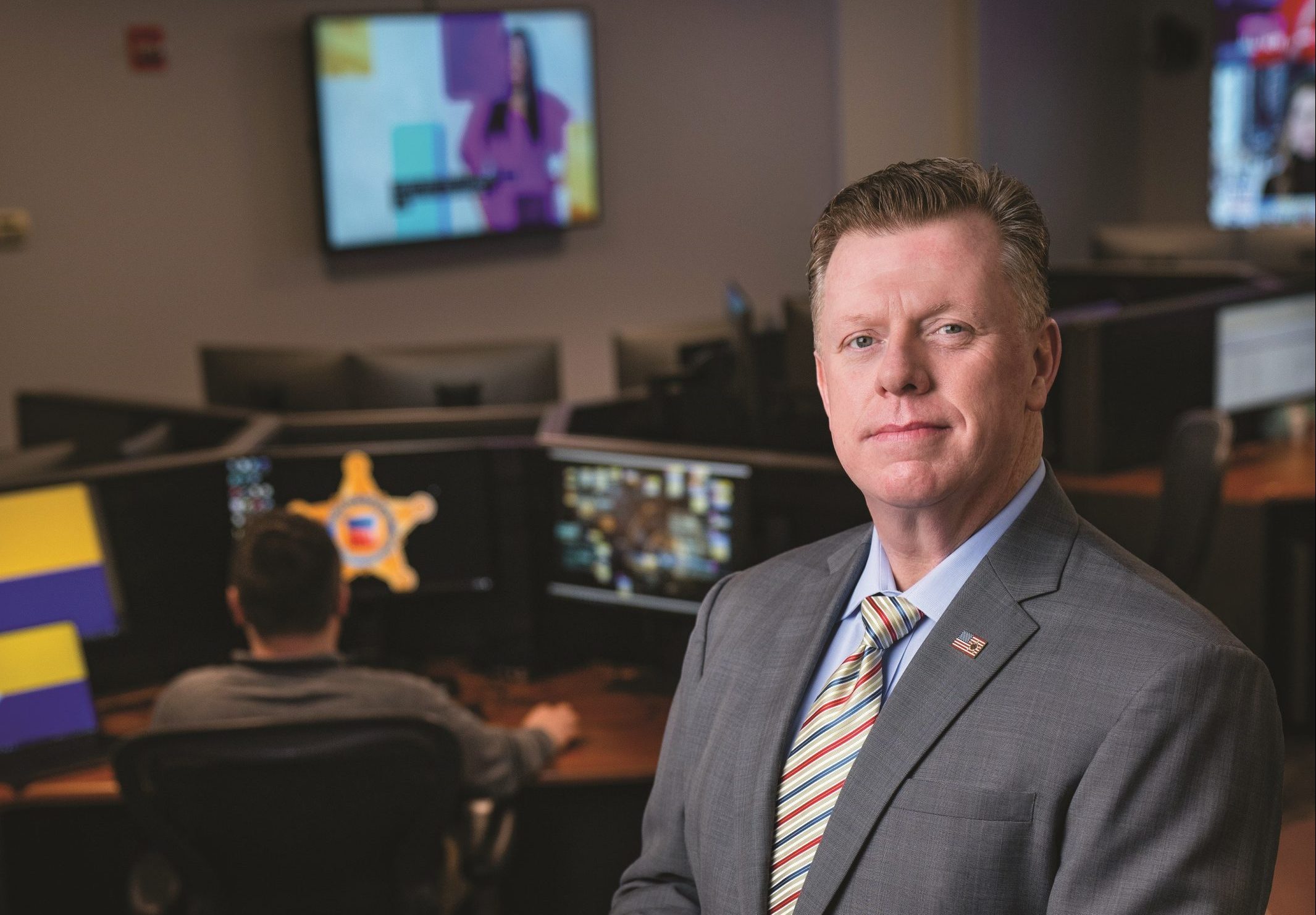 Published April 25, 2022
James M. Murray, M.A. ’94 on heading up the federal agency charged with protecting the nation’s most important assets.

There’s a lot you may not know about the Secret Service — and not just the intentionally secret things. “People know us for our protective mission,” says James M. Murray, M.A.’94, who became director of the agency in 2019. They picture unsmiling men and women in dark suits, eyes hidden under sunglasses, standing beside the president of the United States, working to keep the chief executive safe at all costs.

But the agency Murray leads extends beyond that familiar role. The U.S. Secret Service was established in 1865 as the country’s first financial crime investigators, “and that’s still what we do today,” Murray says. “We commit ourselves to protecting and safeguarding our country’s economy and our financial payment systems.”

The physical protection side began after President William McKinley’s assassination in 1901, and now includes safeguarding presidents and vice presidents, their families, and visiting heads of state.

But whether an officer has reached the highest levels or is just beginning a Secret Service career, “I don’t think you’re going to find a more demanding job out there in the federal system,” he says.

“My experience has been that for folks in the Secret Service, the psychological salary that they earn in service to others is somehow inexplicably more valuable to them than the money and the benefits and even the days off that they could be promised at a job somewhere else,” he adds.

“I do feel like in some ways I’m answering this call to serve,” he says. “I can’t explain it more than that. I’m grateful that I heard this call and I had the opportunity to answer it.”

His interest in law enforcement and drive to serve others took root in childhood. His father worked as a New Jersey state trooper. When his younger brother was diagnosed with cancer, his mother returned to work, waiting tables for years to help cover the medical bills.

After graduating from the University of Scranton, Murray served as an officer in the U.S. Army Reserve while starting a job with the U.S. Department of Transportation. He soon applied to join the Secret Service, but during the years-long hiring process, he learned about a unique program at Seton Hall. People in law enforcement, the military and other public-safety roles could take classes together, both on campus and at New Jersey state police barracks, to earn a master’s in education.

“It was absolutely fantastic,” Murray says. “I always give Seton Hall credit because in my opinion, they created the ability to take classes virtually or long distance before that was even really a thing.”

Today he serves on the advisory board for Seton Hall’s Police Graduate Studies Program. He was the keynote speaker for the Class of 2020 commencement, held in April 2021 due to the COVID-19 pandemic.

In his speech, Murray reflected on the meaning of character, defining it as “the sum total of a thousand everyday choices — all those things we do when we assume nobody’s watching.” He also called out the importance of work ethic. “The secret to increasing self-discipline is that there is no secret,” he said. “It really is just a matter of doing a little bit more and a little bit better each day.”

“The breadth and depth and scope of what our protective and investigative responsibility [entails] absolutely requires more people,” he says. “We’re hiring across the board here, so that the Secret Service is ever-ready and able to meet and overcome the mission challenges that face us throughout this decade and in the future.”