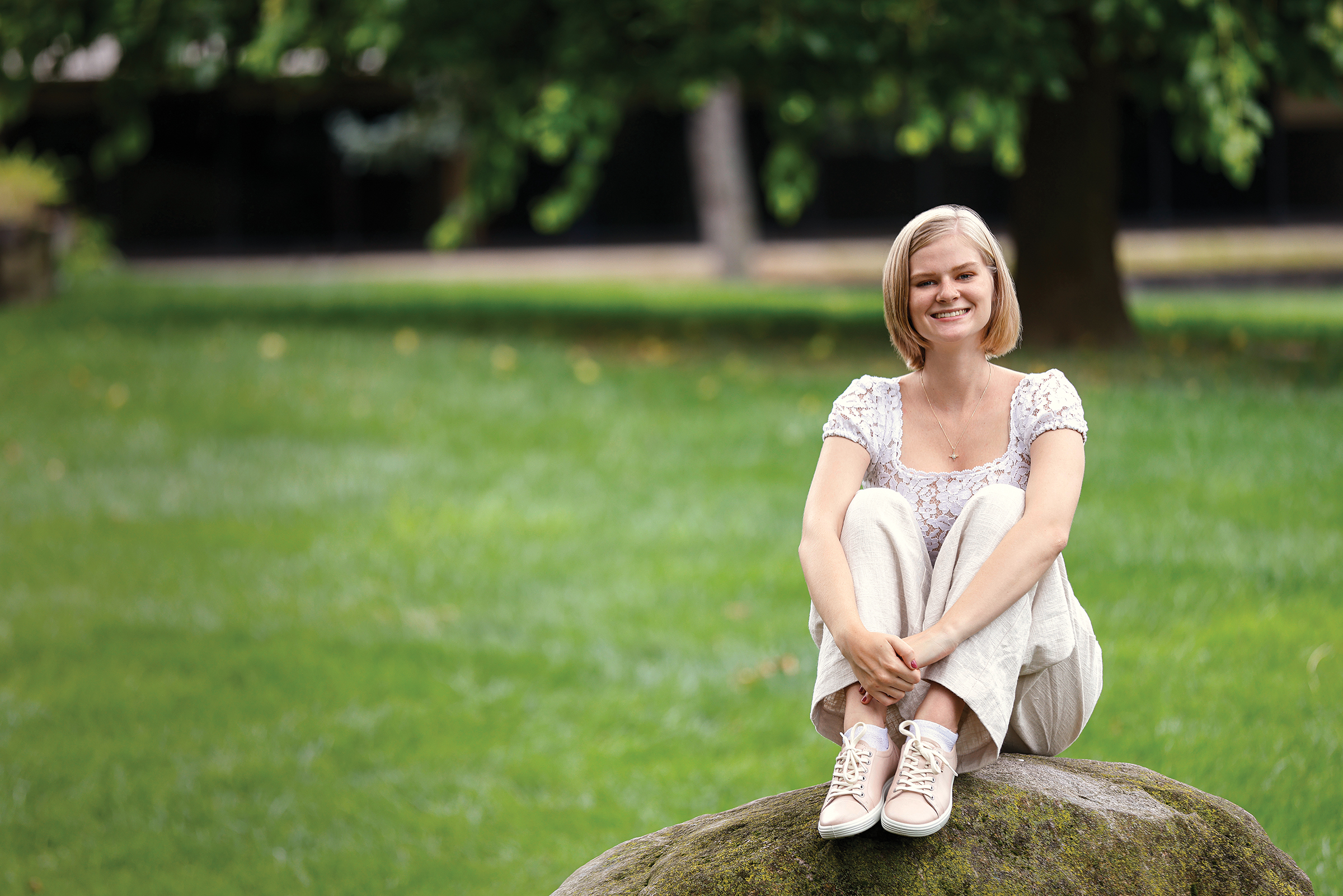 Following in Her Sister’s Footsteps

Kelly Tobin ’23 didn’t want to go to Seton Hall for a very important reason: Her sister Emma Tobin ’19 was already a student there.

In typical little sister fashion — and being not just the younger sister but the youngest of four siblings — she wanted to do something different, but agreed to spend a day on campus. She went to an honors class and a diplomacy class with her sister and spoke to the dean.

“I fell in love with it. I fell in love with the class size and with the professors who already cared about me even though they didn’t know who I was,” she said. She also realized that her sister was right — the school had an excellent diplomacy program and an ideal location between New York City and Washington, D.C.

“I know it sounds silly, but it was a perfect match, even though it wasn’t what I originally expected.”

Tobin was born in California and spent time growing up in the Netherlands and Switzerland due to her father’s job in biotechnology, which required frequent moving. She’s majoring in diplomacy and international relations and may add a modern languages major.

One condition of the Boren Award is that recipients work in the federal government for at least one year after graduation, which for Tobin isn’t a problem. A government job, possibly in intelligence, had already been her post-graduation goal. “I’m not quite sure at what level yet, but the Boren has given me a boost,” she said.

In 2021, she was also selected for a David L. Boren Scholarship, which is supported by the National Security Education Program and funds undergraduate overseas study of less commonly taught languages critical to U.S. interests, including Arabic, Chinese and Russian.

Tobin initially planned to apply for the scholarship to study Russian in Kazakhstan, but instead opted to apply to go to Azerbaijan and study Turkish for two reasons.

First, she wants to work in Eastern Europe relations in whatever government role she eventually takes after graduation and knew that speaking Turkish will help her there. Second, she has experience with the culture. In middle school, she spent 10 days in Turkey with a host family and, when she took a gap year between high school and college, she spent time living in the Kreuzberg section of Berlin, Germany, which has a large Turkish population. The father of the family who hosted her spoke Turkish, too. “All these things lead up to me asking ‘why haven’t I learned Turkish sooner,’” said Tobin, who also speaks German and, of course, Russian. She figured she’d try for the scholarship to study Turkish, and if she didn’t get it, she’d apply for Russian the following year. As part of the Boren program, Tobin participated in the Turkish Flagship Language Initiative virtual summer program in 2021. She was supposed to be studying in Azerbaijan this fall, but the program was postponed due to the COVID-19 pandemic. She expects to be able to go next fall. For the time being, she’s returned to her role as a resident assistant at Seton Hall for the fall semester, continuing membership in the school’s Slavic Club, and is helping organize the University’s first mock trial tournament.

One condition of the Boren Award is that recipients work in the federal government for at least one year after graduation, which for Tobin isn’t a problem. A government job, possibly in intelligence, had already been her post-graduation goal. “I’m not quite sure at what level yet, but the Boren has given me a boost,” she said.

Tobin learned about the Boren from her sister, who also won the award and is working toward a master’s degree in International Development at the University of Oxford. Tobin also had support in applying for the scholarship — even as a sophomore, when she might have thought she was too young — from associate professor Matthew Escobar, the director of prestigious fellowships at Seton Hall.

Escobar isn’t surprised Tobin has flourished at Seton Hall, or that she won the Boren. She “immediately struck me as a serious young scholar with a wealth of international experience,” he said. “I fully expect Kelly to take her place among the nation’s best informed, most committed public officials.”