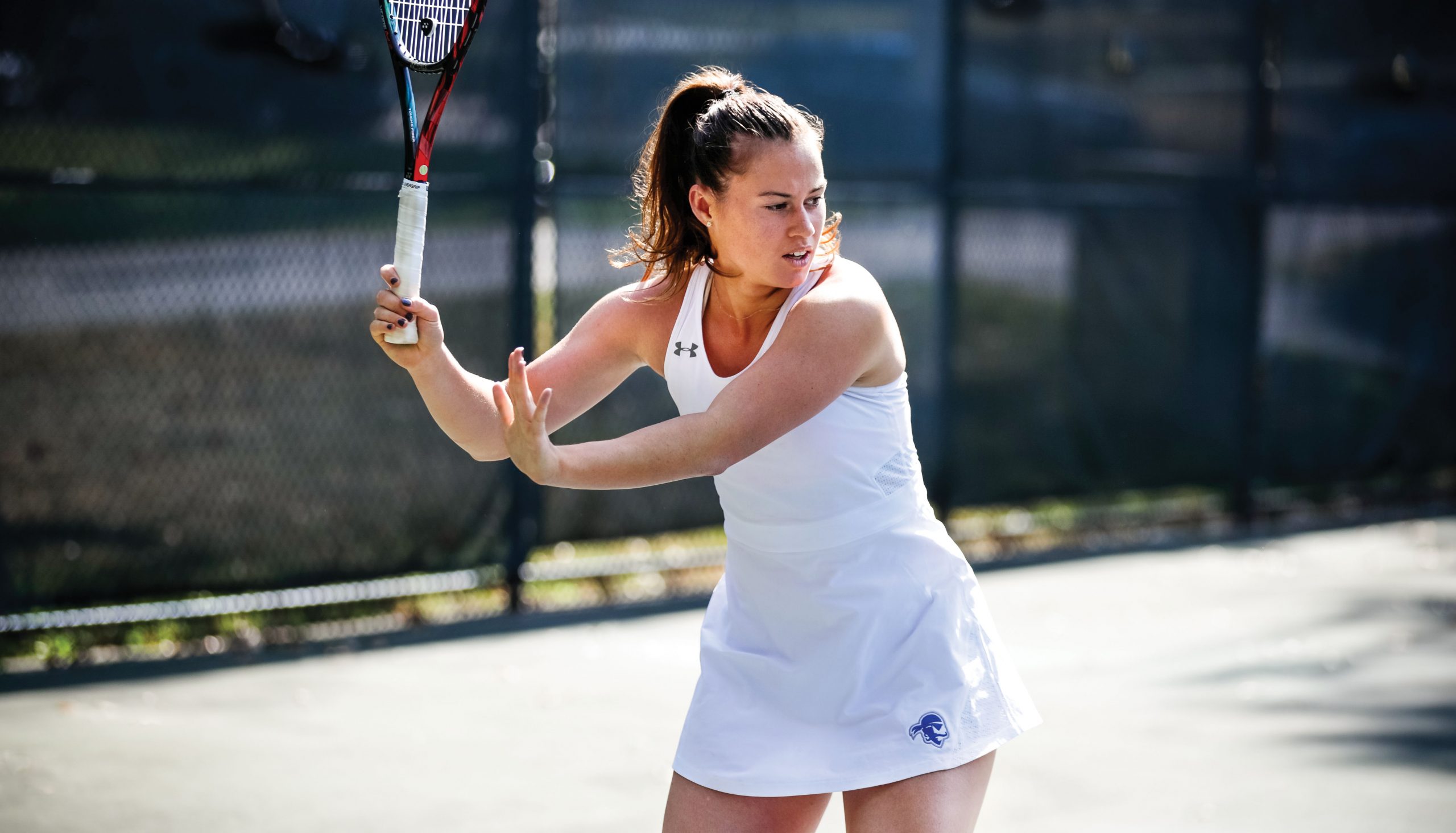 Success Where it Counts

By the time she was a high school student, Michal “Mikey” Matson qualified as an experienced international traveler. Born in New Zealand, Matson and her family moved to France for several years, to England for another, to Japan for five more, then to Australia for three years and finally back to her birth country. The Matsons explored lands near and far thanks to Mikey’s dad, Tabai “Tabs” Matson, a rugby player and coach whose career exposed them to the wonders of new cultures. Despite that globe-trotting, Matson still faced a challenging adjustment at Seton Hall, where she began her college tennis career in 2016.

“I came into America thinking, ‘OK, I speak the same language as Americans, so how hard is this going to be?’ It was extremely difficult, especially coming to the Northeast where everything is so fast-paced, where everything’s like, ‘I need you to get this done now.’ I was like, ‘I’m on island time. Can I get back to you in five to seven business days?’”

Matson talked to her parents often and realized that, while they could offer verbal support and love, she was responsible for making her new life work. Today Matson can say her time at Seton Hall “exceeded my expectations. I’ve grown more than I thought I would as an athlete, but mainly as a person. I’ve had incredible experiences that have shaped me to who I am today, which I wouldn’t have had if I stayed in New Zealand.”

And who is Matson today? She’s a senior accounting major with a job lined up after graduation, president of Seton Hall’s Student-Athlete Advisory Committee (SAAC) and a key contributor in singles and doubles for the Pirates’ women’s tennis team. On the court, says her coach, Kevin McGlynn, Matson has a “very big serve and plays a pretty athletic game. “[She’s] steady on the backhand and tries to set up her points because her forehand is her weapon,” he says.

Matson adjusted to new surroundings early in her Seton Hall career. Growing up, her mom, Nadia, and grandmother “were always at my games. They always sat near the same part of the court every time, and they always had these big, black sunglasses so I could never see the stress in their eyes. I always looked to them as a safety beacon.”

Even without that comforting company, Matson found success. In singles competitions, she enjoys “the grind and mental toughness and physical endurance and speed, so there’s that pure tennis that I love.” But when she pairs with a partner, “I do find doubles a bit more thrilling because they shorten it to only one set,” contributing to fast-paced matches with little room for error.

In recalling her memorable battles, she remembers a doubles victory with longtime partner Melody Taal when they defeated formidable Yale opponents. And there was the singles match Matson’s freshman year, when she trailed 5-0 in the decisive third set against an opponent from Army. “I ended up winning 7-5 and I still think about that all the time because tennis is one of those sports where it’s not over till it’s over. There’s no time limit. That’s always resonated with me.”

Away from tennis, Matson leads the monthly meetings of SAAC, where two representatives from each team discuss happenings around the school, rule changes from the NCAA, and community service. The group also organizes awards dinners and “makes sure athletes
are on the right path to make the transition from athlete to adult.”

When her college days end, Matson will return to the people who instilled that love of competition. In June she joins the accounting firm Deloitte in New Zealand, where she will live with her parents while she pursues a certified public accountant license. Matson’s goal — “to head into the financial department in the sports world” — comes as no surprise, considering her love of athletics.

But that won’t be the end of Matson’s travels. The young woman who struggled in those early days in New Jersey is “going home, getting my CPA, and then I’m coming back to America. … I want to spend a little extra time with family before I’m like, ‘OK, I’m entering the adult world.’”