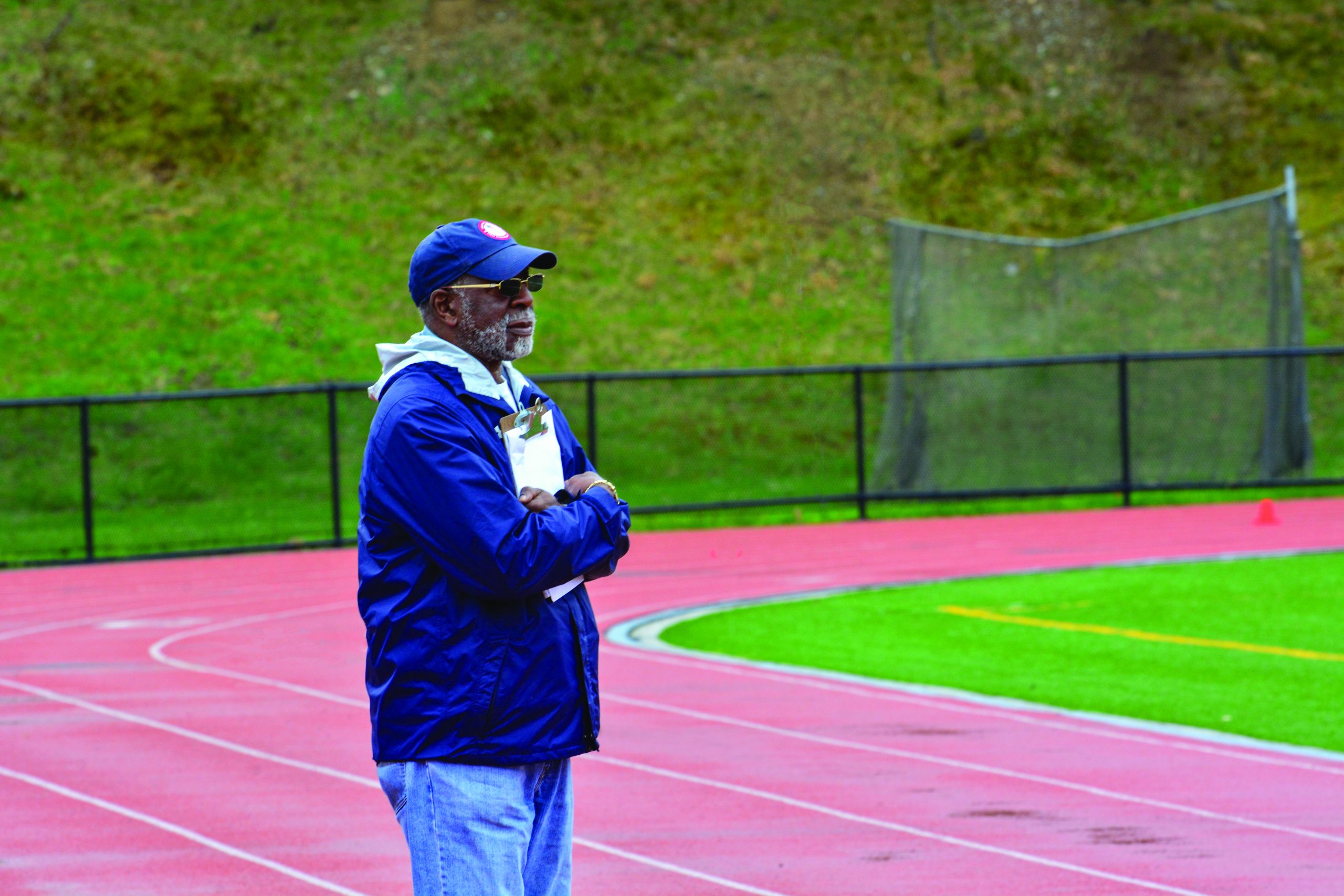 Over the Moon for Coach Moon

John Moon can captivate you for hours with his life’s stories.

He was a New Jersey high school track and football star in the 1950s, when he hid his athletic endeavors from a mother who wanted him to focus on schoolwork and music.

“I had to forge her name on the permission slips to play,” Moon remembers. “Eventually I couldn’t fake it anymore. I scored four touchdowns in one game, word got around, and my mother found out and went ballistic.”

He was a sprinter in college at Tennessee State, tying the world record in the 100-yard dash in 1960. He has tales to tell from knowing a lot of internationally famous athletes.

You can listen to many of his stories and be impressed before he even starts talking about his incomparable 50-year career earning acclaim as Seton Hall’s track and field and cross country coach. But you soon understand that he has the same passion for sports today as when he began his tenure with the Pirates in 1972.

“The palms of my hands still get wet. When there’s a tough competition coming up, I get the same anxiety as when I was starting out years ago,” he says. “I just wish I could be in the athletes’ place. I wish I could make these athletes super, super, super good. It’s just as exciting now as it was then.”

But the fact is that Moon has mentored many great athletes since 1972. The Pirates have produced seven NCAA champions and 71 All-Americans during his tenure. Moon’s teams have won six BIG EAST titles and 225 individual and relay titles. In 1994 Flirtisha Harris ‘94 became the first Pirate woman to become an NCAA champion when she brought home the 400-meter crown.

Andrew Valmon ‘87 won gold in the 1,600-meter relay at the 1988 Sumer Olympics, while Tracy Baskin ‘89 won the 800-meter competition in the 1987 NCAA championships before also competing in the ’88 Olympics. Long-jumper Shana Williams ‘93 competed in two Olympic Games and won the national indoor title in 1996.

Moon has made his own international mark, coaching the 1995 Pan American team and serving as the first assistant coach for the United States men’s track team at the 2000 Olympics in Sydney. Last year he was inducted into the U.S. Track & Field and Cross Country Coaches Association Hall of Fame.

It’s been an incredible life in track and field for a man whose parents envisioned him becoming a school principal or superintendent. “I just love the sport,” he says. “And it’s been so good to me.”

He was a high school coach before coming to Seton Hall in 1972. Though Moon made his name in college as a sprinter, he developed into a renowned middle-distance coach. He put much of his energy into the 800-meter race, recruiting versatile athletes who could move up to longer distances or drop down to shorter distances and still triumph.

“Once I got to be known as a good quarter-mile, a good 800-meter coach, coaches would come up to me and say, ‘Coach, how do you get kids to do that kind of workout?’ And I say, you just tell them. The whole thing is about belief. You can’t be a good coach if the kids don’t believe in you. But when they do and then believe in themselves, they can do anything.”

Not long after Moon started at the University, the new coach told The New York Times, “With all the good talents around here I don’t see why Seton Hall can’t be on top again.” He is surrounded by evidence that his expectations have been fulfilled.

“I walk through the gym upstairs; I look at those banners on the wall and I can say I did that. I did that and our kids did that, and it can’t ever be taken away.”