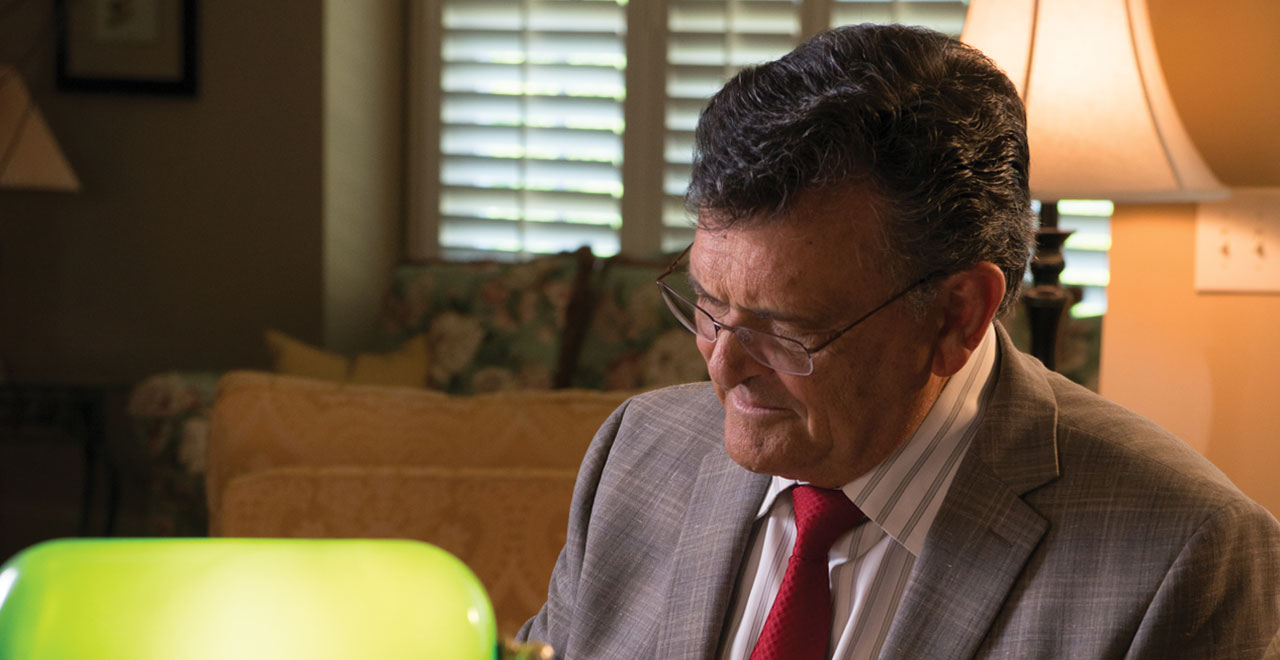 Spurred by a personal connection, neurologist Vincent Fortanasce ’65 has searched for ways to slow the devastation of the disease.

“I watched for nine years how he deteriorated and there was nothing I could do,” he recalls. “Here I am, a neurologist, and I can’t treat my own dad. The medications that we had were completely useless, and I knew it from my experience.

“It was one of the most painful things you can possibly imagine, being completely helpless as a physician and seeing my mom try to deal with it. She’d be dancing with him later on in life, but he didn’t know where he was.”

Fortanasce’s father died in 1991, at the age of 80. Since then, the disease’s toll has become only more pronounced. The condition affected 5.1 million Americans aged 65 and older in 2015, according to the Alzheimer’s Association. The total is expected to surge to 13.8 million by 2050. 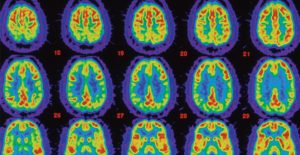 With no cure in sight, Fortanasce, who runs a suburban Los Angeles medical practice and for 30 years has been a clinical professor of neurology at the University of Southern California, has doubled down his efforts to further understand and slow the unremitting devastation of the disease. In 2010, he published The Anti-Alzheimer’s Prescription, which provides dietary, exercise and lifestyle recommendations that Fortanasce believes will help cut a person’s chance of acquiring the disease.

While science hasn’t discovered a way to unravel the mystery, Fortanasce says he’s found success with a pair of programs that he designed to improve cognitive performance. The first is called DEAR – for Diet, Exercise, Accentuating the brain’s reserve (or “neurobics,” activities such as brain teasers and puzzles), and Rest and Recovery.

A second Fortanasce-created program is called TEAM, (Treat Early Alzheimer’s and Mild Cognitive Impairment), which emphasizes physical exercise or, specifically, isometric workouts in which muscles tense without moving. Physical activity stimulates insulin-like growth factor, which is secreted by the liver and helps create new cells and connections in the brain.

For years, researchers have been working to develop a vaccine to stop Alzheimer’s, but to no avail. And until a cure is found, Fortanasce is pushing the limits of treatment.

“He has kept hope alive for a lot of patients, that’s the most important thing,” says Dr. William Preston, a Laguna Hills, Calif., neurologist and former president of the California Neurology Society. “He draws from personal experience. It’s really caused him to have an understanding and empathy beyond most individuals.”

Dr. Stan Alexander, an Arcadia, Calif., rheumatologist who has known Fortanasce since the pair were on the medical staff at Methodist Hospital of Southern California, calls his friend and colleague his “first and foremost” reference for neurologic disorders.

“Dr. Fortanasce not only clarifies Alzheimer’s disease, he clarifies how to separate it from other forms of dementia in order to focus therapy or prevention,” Alexander says.

At 72, Fortanasce is a year younger than the age at which his father was diagnosed with Alzheimer’s. His own prevention efforts start at breakfast, when he eats a bowl of oatmeal with blueberries and turmeric, an Indian herb thought to decrease Beta-amyloid plaques, clumps of protein that block brain cell functioning. He also adds a dash of pepper, which can increase absorbability of the turmeric.

Fortanasce also lifts weights and performs the isometric exercises he preaches (“It’s very easy to do at a table. You can almost say your prayers while you’re doing it.”) Exercise always has been part of his life’s routine. He wrestled and played third base for the Seton Hall baseball team, and would have competed in weightlifting in the 1964 Tokyo Summer Olympics had he not been sidelined by an injury.

(For the record, his personal-best bench press is 510 pounds. And while he’s no longer approaching such lofty marks, “I still lift a lot more than any of my medical students,” Fortanasce says with a laugh. “I always tell them that when they get as old as me, then they’ll be as strong.”)

Medicine wasn’t his first career choice. At 6, Fortanasce wanted to become a priest. He attended Cathedral Preparatory School and Seminary in Brooklyn, but later became interested in studying psychological disorders.

On the advice of a friend, Fortanasce, after completing his pre-med education at Seton Hall (majoring in biology and minoring in languages and philosophy), went to medical school at the University of Padua in Italy, where he studied psychiatry. He then completed a residency in psychiatry at The Institute of Living in Connecticut, and later in neurology at USC.

“At the end of the residency, it became very apparent to me that Freud didn’t have the answers, so I said, ‘You know, science has the answers,’ so I went into neurology. In the end, I realized that it really is God who has the answers.”

In the battle against Alzheimer’s, Fortanasce remains a high-profile presence. He’s been featured on 60 Minutes, Dateline and The Today Show, in addition to being quoted in numerous newspapers. His practice also treats spinal pain, and patients include recently retired quarterback Peyton Manning, former baseball manager Tommy Lasorda and actor Sylvester Stallone.

But there’s one patient who stands above the rest: Pope John Paul II.

Fortanasce was attending a papal Mass in Rome in 2000, when he was surprised to see the pontiff walking with a cane. He turned to the pope’s secretary, who was sitting next to Fortanasce. “I asked, ‘What’s he doing with a cane? He’s going to trip over it,’ ” Fortanasce recalls. “I said, ‘Does anybody know he has Parkinson’s?’”

Fortanasce, who was in Rome volunteering his medical expertise through the Order of Malta, an organization that offers emergency medical care around the globe, was summoned the next day — and escorted by eight Swiss Guards — to meet the Holy Father.

Fortanasce examined the pope for 30 minutes, learning that he was taking L-dopa, a chemical used to shore up the brain’s dwindling supply of dopamine, a neurotransmitter essential for movement and memory. Fortanasce prescribed an additional drug to aid absorption of the L-dopa. He also recommended an exercise regimen.

The two parted after the pontiff blessed a bottle of water Fortanasce brought with him from Lourdes, France, where the Virgin Mary is reported to have appeared 18 times. The town is hailed for its visions and miracles. Fortanasce still keeps the bottle in his refrigerator, and he occasionally gives vials of the water to his sickest patients.

Fortanasce lives out a deep faith. This year he will host a weekly talk show on the EWTN Global Catholic Television Network, in which he will discuss medicine and ethics and touch on issues that include eugenics, euthanasia and, of course, the spiritual implications of Alzheimer’s.

Brain science, for its part, remains a riddle wrapped in a mystery, something for which Fortanasce is well suited.

“Being a neurologist means you’re the Sherlock Holmes of medicine,” he says.

Fortanasce hopes to crack the case.

Andrew Faught is a freelance writer in Fresno, Calif. He has written widely on issues and ideas of higher education.