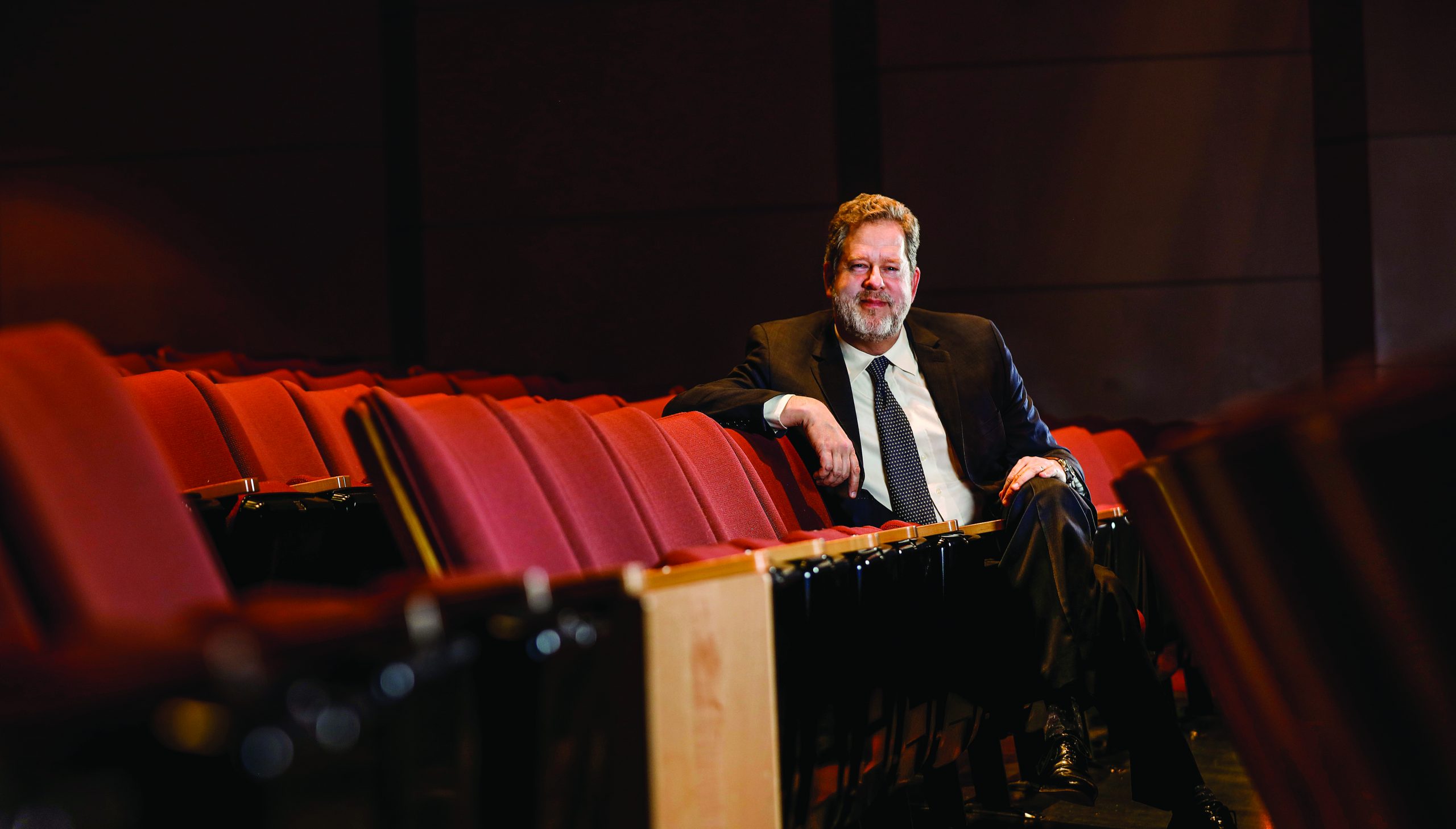 With the 2020 presidential campaign in full swing, American voters are being faced with video ads carefully designed to influence their views of the candidates. Set to music that suggests authority or instills fear, these campaign ads sway viewers without their knowledge.

Professor Paul Christiansen wants to change that by giving voters the tools to spot potential manipulation through music.

“It feels like a public service,” Christiansen said about his research. Music isn’t a systematic part of an American education, he says, noting that as a result, voters are underinformed by how influenced they can be on a deep, emotional level by nonverbal appeals.

An associate professor of music in the College of Communication and the Arts, Christiansen is the author of the 2018 book, Orchestrating Public Opinion: How Music Persuades in Television Political Ads for U.S. Presidential Campaigns, 1952-2016. Also an expert on Czech music, Christiansen has appeared on NPR and BBC Radio 3, sharing his expert analysis of the history of presidential political ads and providing context for the election cycle.

“Music is most powerful when [listeners] are not paying attention to it. When attention isn’t focused on music, in a political context that leaves an opening for an emotional appeal,” he said.

Christiansen’s research on political advertisements — which grew from a seminar he taught earlier in his career on music in TV commercials — allows him to tap into his undergraduate studies in communications and his graduate degree in musicology.

In his book, Christiansen traces every presidential campaign from the 1952 matchup between Dwight D. Eisenhower and Adlai Stevenson to Donald J. Trump’s victory over Hillary Clinton in 2016. He shows how they use music to instill confidence or provoke fear, to emphasize a candidate’s wisdom and authority or to make an opponent appear incompetent or foolish.

Christiansen demonstrates how an ad’s choice of instrument or well-timed key changes can influence listeners. For example, he writes that a twangy country guitar was used by Jimmy Carter’s campaign in 1976 to make the Georgia Democrat — a Naval Academy graduate and former governor — seem folksy and down to earth. Two decades later, President George H. W. Bush’s re-election campaign chose a country guitar track to portray opponent Bill Clinton of Arkansas as a country bumpkin, a hick who was not prepared for the Oval Office.

Christiansen also discusses pop-culture references — from hit songs to TV commercials — and highlights the game-changers that had lasting influence on the field. Throughout, he expresses concern about the manipulative nature of these ads.

“As I write in the book, I would love to see music completely removed,” he said, adding that he knows that is unrealistic. “I love music and I don’t like to see it used to distract voters from focusing on the candidates’ policies and records.”

Dana Gorzelany-Mostak, an assistant professor of music at Georgia College and creator and co-editor of Trax on the Trail, an interactive campaign music website, said Christiansen is making an important contribution to the field.

“He’s one of the first to look at the history of political advertisements in a creative and unique way,” she said. “He’s coming at the topic from a specific scholarly lens, bringing a musicologist’s perspective, but he’s engaging, and his work is not alienating. He’s providing the public with a toolbox for what they are viewing.”

The expanding media landscape and special interest groups that now produce issue ads make Christiansen’s work more crucial, she said. “There’s all this information and no system that filters it, so it’s all the more vital to have a toolbox and to be more critical.”

As the 2020 campaign peaks, Christiansen believes the ads that exploit the electorate’s fear and anxiety will continue. In fact, there will be more than ever.

The number and cost of political advertising are growing rapidly. One prominent ad agency estimates spending this year will eclipse $10 billion, up dramatically from the estimated $6.5 billion spent in 2016 (on presidential and congressional campaigns).

“Long ago we left behind the era when campaigns strictly controlled their television messages,” he said, noting the growth of YouTube and other online platforms. A little knowledge will go a long way toward arming voters against undue influence. “It’s OK if you don’t understand how they are trying to manipulate you. Just be aware, focus on it and the minute you do, you’ll see what they’re trying to do,” he said.