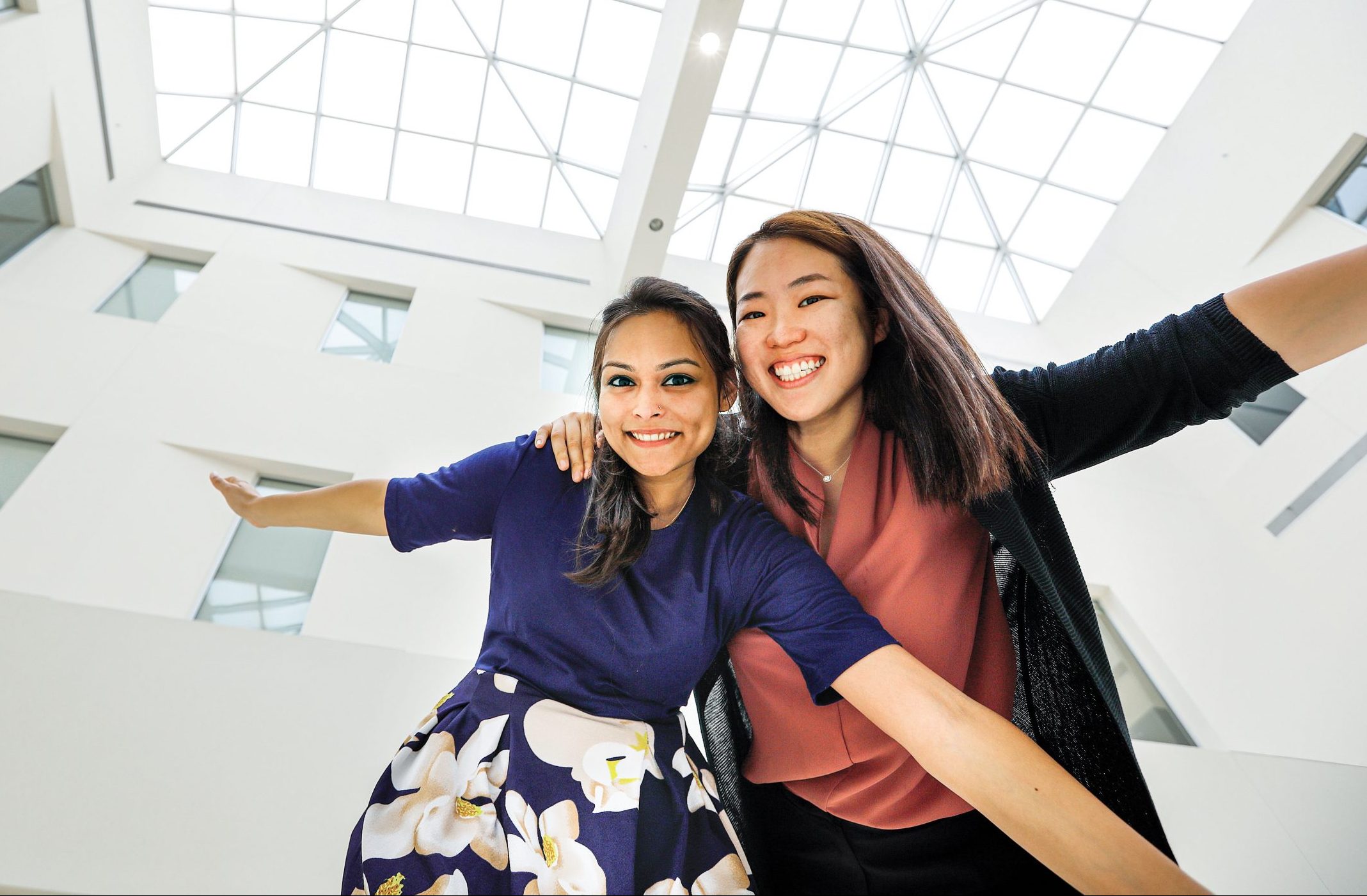 Getting to Know You

Published December 5, 2019
International students bond with American students in the iBuddy program — and both benefit.

To have a friend, you must be a friend, as the old saying goes. And that has been the positive experience of the more than 100 students who have participated in Seton Hall’s cross-cultural iBuddy program.

The “i” stands for international, and the program was launched in 2016 by counseling psychology doctoral students in the College of Education and Human Services. The initiative serves two audiences, explains founder and doctoral student Jiwon Yoo, who was once a Korean high-school exchange student in Redlands, California, and understands being an outsider.

The program helps international students navigate both the Seton Hall and U.S. experiences. English as a Second Language students have found the program particularly useful, she says. But it also helps American students broaden their understanding of people and traditions from other lands.

“As a program facilitator, it was really heartening to me to see that the students — both domestic and
international — were learning from each other through the struggles and challenges” of mastering a new
environment, says Yoo, “and really became friends who understood each other and their cultures.”

A key to iBuddy’s success is that students choose whom they want to get to know, based on their interests, notes Pamela Foley, professor emerita of professional psychology and family therapy, who acts as faculty overseer. “I helped clear the path,” she jokes, “and then I got out of their way.”

What evolved is a system that allows students to match preferences, ranging from gender and age
to majors and hobbies. The students then work out meetings on their own at least twice a month, as well
as attend iBuddy workshops and social events, such as outings, volleyball and pot-luck dinners. “It’s a great way to make a friend,” Yoo says.

Chiroshri Bhattacharjee, the student head of the iBuddy program this year, says she hopes to increase the number of participants from the 38 to 40 pairs who have been signing up. Her plan is to work with other University departments to attract freshmen, augmenting the usual recruiting methods of posters, fliers, introductory get-togethers and word of mouth.

Bhattacharjee notes that iBuddy is also increasing its group events — a new one is “paint nights,” where students are provided with canvases, brushes and instruction. Creating works of art is just a byproduct. The real intent is to create close bonds through “talking, laughing and stress-busting.”

Bhattacharjee, who was born in America, the first-generation daughter of Indian parents, says what emerges is an understanding of cultural boundaries. “The advantage for domestic students — some of whom may never been out of New Jersey — is that they see the world from somebody else’s eyes,” she said. In this case, the eyes of good friends.

One such pair of pals was (and remains) Umutesi Ruranga, a master’s student studying professional counseling, and Katarzyna Kierzkowska ’19, who lives in Wrocław, Poland, and completed a bachelor’s degree in public relations while taking English lessons.

Ruranga, who hails from South Orange, found an almost instant connection with Kierzkowska: “We laughed a lot together and understood each other’s sense of humor effortlessly.”

According to Kierzkowska, who was hosting her friend in Poland as this story was written, “We are close friends who love to travel together, talk about our dreams, and we make a large effort to keep in contact even when we are not close to each other physically.

“It helped me learn about how students from other parts of the world deal with stress, and how they plan to reach their academic goals,” Kierzkowska says, which proved to be applicable lessons for her wedding- planning business.

“The value of this program cannot be put into words,” Ruranga says. “A small choice to attend a meeting and get matched with an iBuddy can truly change your life.”

Bob Gilbert is freelance writer based in Connecticut.