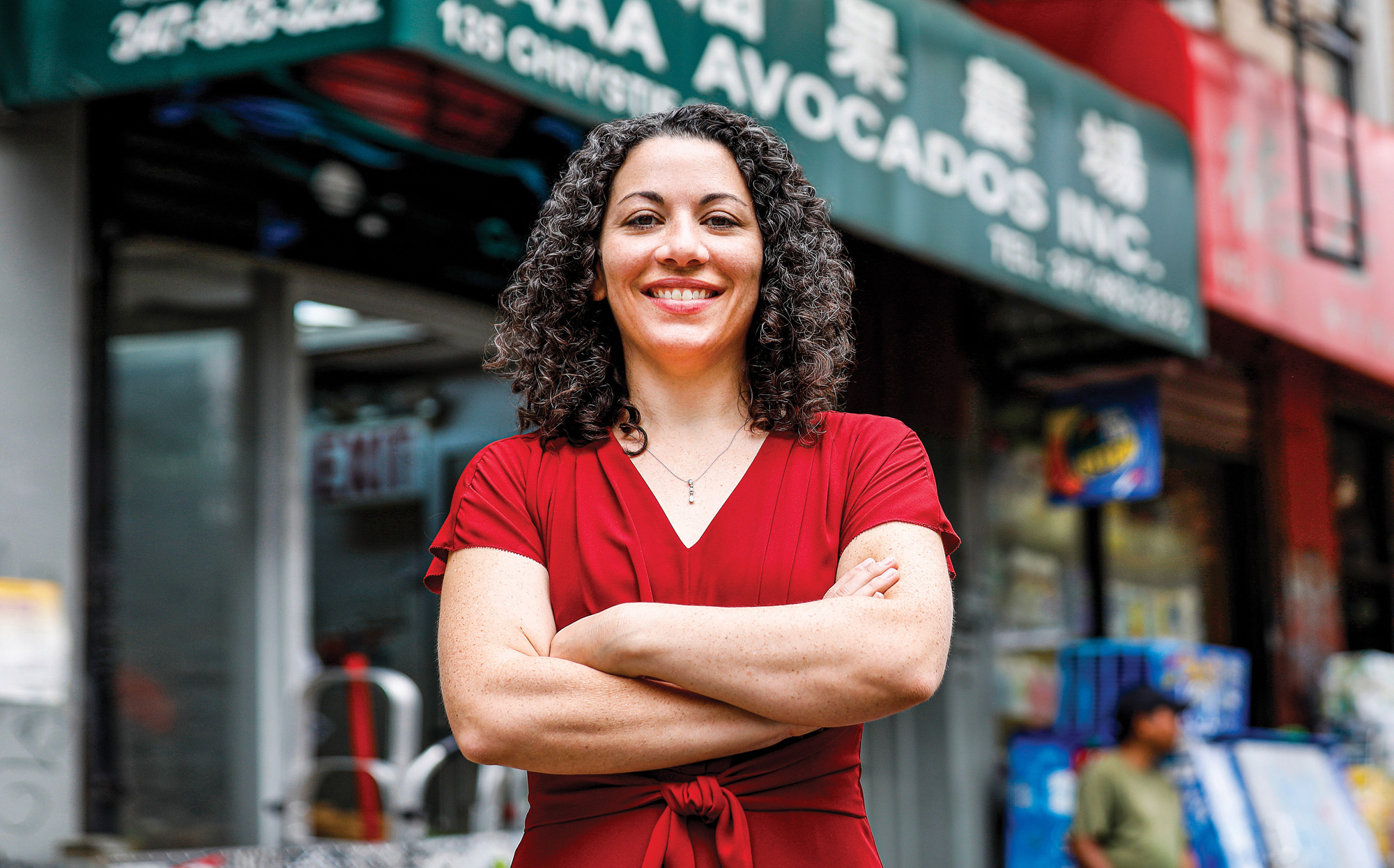 Jennifer Itzkowitz was walking to dinner with her husband one night on Manhattan’s Lower East Side when they came upon an unprepossessing food shop that would soon change the course of her academic career. The shop was AAA Avocados, and the company name, splashed across the green awning in both English and Chinese, got Jennifer and Jesse Itzkowitz thinking. Beyond the inevitable befuddlement that is bound to descend whenever one encounters a store that sells nothing — nothing — but avocados, the Itzkowitzes were further perplexed: Why would you name your avocado enterprise after the first letter of the alphabet, much less three of them? “It was so fascinating,” Jennifer says. “That’s all we could talk about for dinner.”

A few days later, AAA Avocados still on her mind, Jennifer Itzkowitz shared her fascination during a monthly meeting of fellow Seton Hall finance professors. One of them wondered aloud whether people base their stock picks on such random considerations as a company’s placement within the alphabet. Within traditional circles of economic theory, the very notion seemed nonsensical. Even Itzkowitz thought as much: No way. People are rational. The market’s efficient.

Still, her professional curiosity piqued, Itzkowitz set out on an academic foray into a field known as behavioral finance, determined to gauge for herself just how rational the average investor really was. “I said I’m giving this project two weeks,” she recalls. “Six years later, it’s taken over my life.”

It’s been a highly productive takeover. Itzkowitz and her collaborators — including her husband, a holder of Ph.D.s in both cognitive psychology and marketing and senior vice president of behavioral science at Ipsos — have published three research papers in professional journals on different aspects of behavioral finance. Her work has been documented by Time.com, CNN.com, Money and NPR. Last spring, after Itzkowitz debuted a new course on behavioral finance, several students nominated her to be a Seton Hall “Great Mind of the Week.”

“What I do is study patterns of behavior,” she says. “The idea of behavioral finance is not that people are irrational, but that they are predictably irrational.”

Behavioral finance has evolved as an academic discipline only in the past half-century, pioneered by such out-of-the-box economists — or behavorial economists, as they came to be known — as Daniel Kahneman, Amos Tversky and Richard Thaler. (Kahneman received the Nobel Prize for Economic Sciences in 2002, Thaler in 2017.) “In academia,” Itzkowitz says, “we stand on the shoulders of those who come before us, and I’m attempting to make a contribution to that field.”

In 2016 Itzkowitz and her co-authors — including Jesse Itzkowitz and Scott Rothbort, founder and president of LakeView Asset Management — published a research paper in Review of Finance titled “ABCs of Trading: Behavioral Biases affect Stock Turnover.” The paper found that investors are more likely to buy and sell stocks with names that begin with A, B and C than with X, Y and Z — that is, early alphabet stocks. “Consistent with this view,” the authors wrote, “we find that early alphabet stocks are traded more frequently than later alphabet stocks and that alphabeticity also affects firm value.”

In a footnote that surely dispelled readers of any cliché about humorless academicians, Itzkowitz and her collaborators wrote: “This paper was originally circulated with the title ‘The ABCs of Trading: Behavioral Biases affect Stock Turnover’ until we realized that removing the word ‘The’ increased its position when listed alphabetically.”

Itzkowitz’s course on behavorial finance attracted 27 students, all finance majors, among them Anna Fajnorova ’19, who was so beguiled by the professor and the topic that she asked Itzkowitz if she could assist her on a research project. Itzkowitz agreed and put her to work on a study she’s now undertaking.

Itzkowitz came away equally enthused about the course and determined to improve it. “I worked hard on the class,” she says. “I really thought I connected with the students. They had advice for how to make the course better. They knew they were my guinea pigs.”

Six years after a humble avocado shop led Itzkowitz on a deep dive into a discipline she had never before explored, she shows no sign of relenting. “This still feels like the beginning of my behavioral finance journey,” she says. “I’m excited about it.”