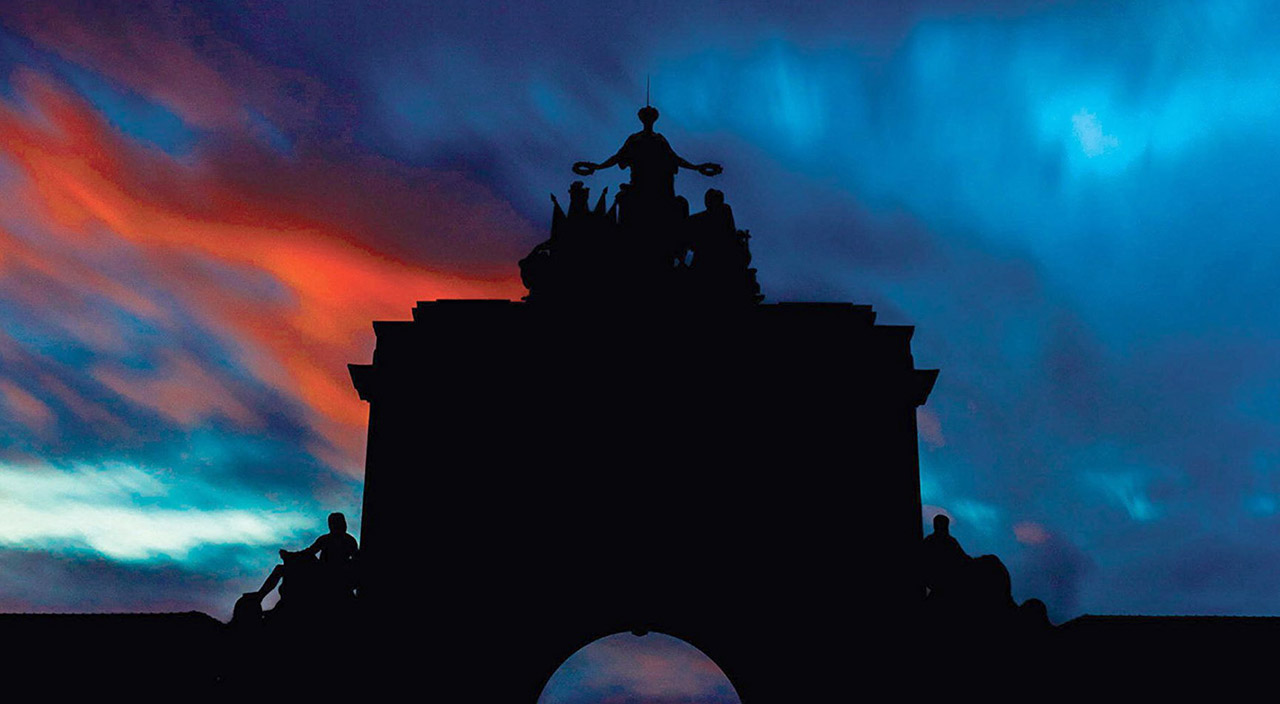 The Day the Earth Shook

Memory of the devastation wrought by the earthquake and tsunami that pummeled Japan in March 2011 remains fresh: more than 15,000 people killed, hundreds of thousands of people displaced and the Fukushima Daiichi nuclear-power plant disastrously compromised. In his recent book, This Gulf of Fire, associate professor of history Mark Molesky details a powerful earthquake that decimated Lisbon, Portugal, in the mid-18th century. The book was just named a finalist for the L.A. Times Book Prize, and Seton Hall magazine editor Pegeen Hopkins spoke with Molesky to learn more.

At around 9:30 a.m., a large fault line off the coast of Iberia exploded from the seafloor, releasing an enormous amount of energy — the equivalent of 32,000 Hiroshima bombs. It was one of the largest earthquakes in history, and perhaps the largest to affect Europe in the last 10,000 years. The tremors almost completely destroyed Lisbon, the capital of the Portuguese Empire.

About a half hour later, a tsunami — which is very rare in the Atlantic — smashed into the Iberian and African coasts, charged up the Tagus River and smashed into Lisbon. The tsunami was so large it crossed the Atlantic, hitting Newfoundland, the Caribbean and the northeastern coast of Brazil.

Because this was All Saint’s Day, churches and homes were filled with candles, and housewives, slaves and servants were busy cooking the feast-day meal. When the churches and houses collapsed, fires began under the rubble. Within a few hours, these fires coalesced into a powerful firestorm that crisscrossed the city for over a week. A firestorm is a fire so hot it creates its own wind system. It actually sucks oxygen into its center, keeping itself ablaze. The fire ended up doing more material damage than the earthquake itself.

What did people believe caused the earthquake?

No one knew at the time what caused earthquakes. There were all kinds of brilliant theories, most involving exploding gases in underground caverns, but they were all wrong. Many believed that the true cause had been God sending a message to mankind. This was a very common theme, although some today might be surprised at this because the earthquake occurred in a century defined by rising secularism and the European Enlightenment.

In Great Britain — which was arguably the most advanced country in Europe — King George II called for a national fast day so that his subjects could collectively pray that a similar earthquake would not devastate his kingdom.

Beyond the massive destruction and loss of life, what were some of the broader implications of the event?

In Portugal, the disaster led to the rise of a tyrant and reformer named Pombal, who was secretary of state at the time. In the hours after the disaster, Pombal rushed to the king’s side and began issuing orders. Within months, he had become a de facto dictator, though with the king’s blessing. Pombal ruled Portugal for more than two decades, transforming the country. He got rid of the Jesuits and led the push to extinguish them as an order in Europe. He went after the high aristocracy, which stood in his way, and imprisoned large numbers of noblemen, noblewomen and priests. On the plus side, he reformed education and rebuilt the center of Lisbon.

The Lisbon earthquake is probably most famous for the debate it prompted in European intellectual circles. At a time when many believed that nature was intrinsically good, you had this horrendous natural event that had caused the deaths of tens of thousands of innocent people. It was an inconvenient truth that was discussed and debated across the Western World. Priests and preachers in both Protestant and Catholic countries sermonized from the pulpits. Philosophers talked about it. Voltaire wrote a famous poem on the subject and was eventually influenced to write his great masterpiece, Candide, which features the Lisbon earthquake in one of its chapters. Indeed, the three most celebrated minds of the 18th century — Voltaire, Rousseau and Immanuel Kant — all weighed in on the disaster.