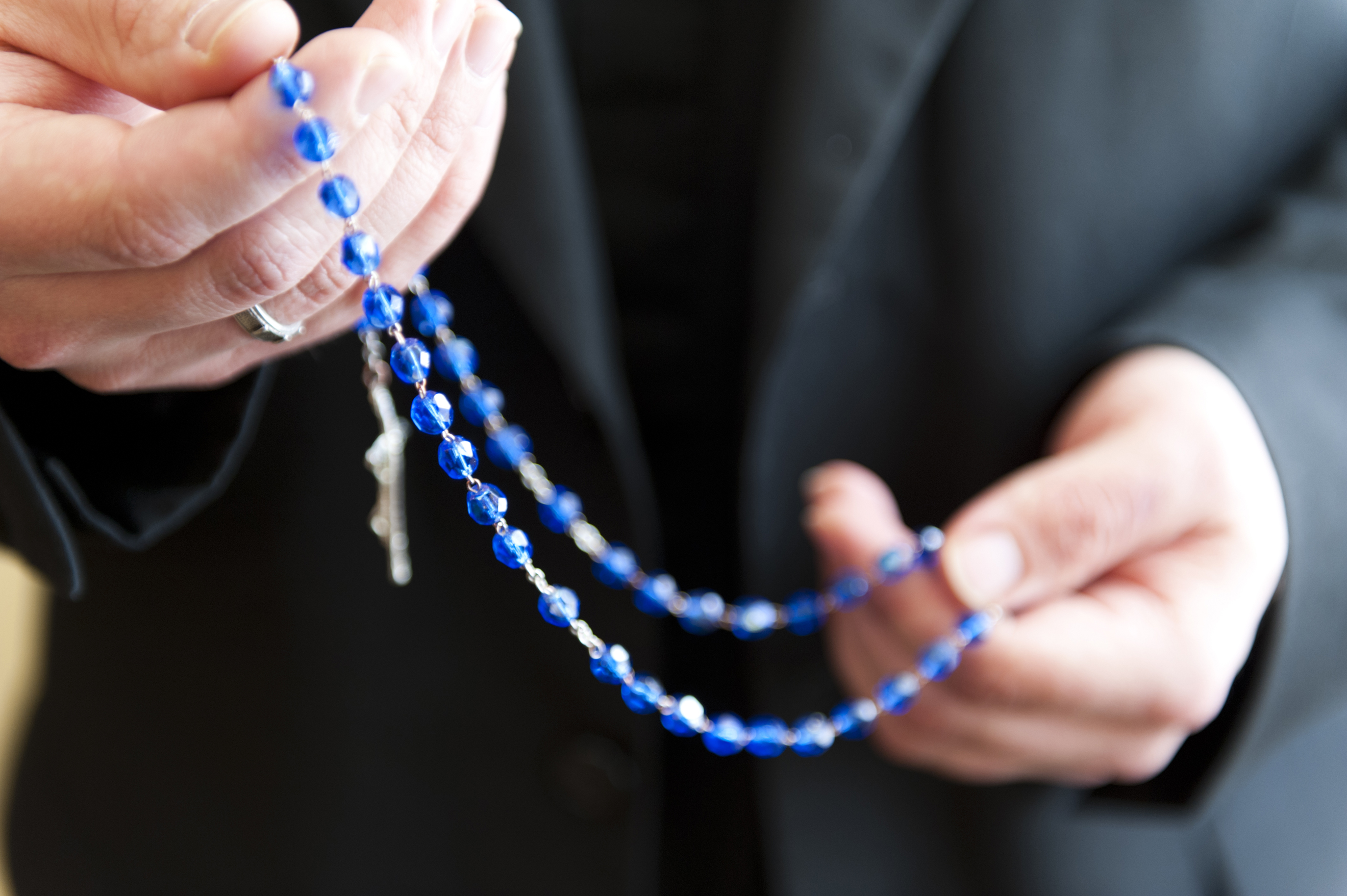 Published November 8, 2018
Several readers reached out to suggest additional military chaplains with ties to Seton Hall after our Spring 2018 issue. We share details about them here.

Here are details about several other alumni chaplain priests who graduated from Seton Hall and studied for the priesthood at Immaculate Conception Seminary.

Father James A. Carey was assistant athletic director at Seton Hall when World War II broke out. He volunteered for service and was commissioned a first lieutenant in the Army in 1942. As an army chaplain in three theaters of operation, he served in the Middle East, Sicily and then the Pacific, including Guam, the Philippines and Okinawa. He became chief of chaplains of the Army’s 24th Corps and won the Bronze Star Medal for heroism.

After more than three years of Army duty, he returned to his alma mater and was named director of athletics at Seton Hall, leading the college to national prominence in many intercollegiate sports in the 1940s and throughout the 1950s.

Father James R. O’Neill served a number of parishes before being commissioned a first lieutenant and Army chaplain in 1944. He was sent to serve in Europe during World War II and was at both the Battle of the Bulge and the Rhine River crossing. After returning to the U.S., he was a chaplain in the 102nd Cavalry New Jersey Army National Guard.

Father O’Neill served as the associate pastor at Sacred Heart Cathedral in Newark from 1948 until 1966 and also as the pastor of Saint Mary’s Church in Hackensack and Saint Paul’s Church in Ramsey.

Monsignor David J. Casazza had a long military career, serving in World War II, the Korean War and the Vietnam War. He was parish priest at Saint Mary’s in Elizabeth, New Jersey, two years out of the Immaculate Conception Seminary, when he volunteered to serve in the Navy Chaplain Corps. Commissioned in 1945, he was initially assigned to the Navy Department in Washington before being sent to serve with the Marines in Japan.

He returned home to serve at Saint Anthony’s parish in East Newark but returned to active duty when the Korean War broke out.

During his military service, Father Casazza served four Marine Corps divisions, in Japan, California, North Carolina, and in Vietnam, where he was awarded the Legion of Merit medal. His last assignment before retiring from the Navy in 1970 was as senior chaplain at the U.S. Coast Guard Academy in New London, Conn. Upon his retirement from the Navy, Monsignor Casazza was appointed pastor of St. Peter the Apostle Church in River Edge, New Jersey where he served for 18 years.

Father Thomas A. Kenny was ordained in the Archdiocese of Newark at St. Patrick’s Cathedral in Newark in 1946. In 1952, he joined the U.S. Navy as a chaplain and ministered to troops in both Korea and Vietnam. He received the Bronze Star for bravery.

Father Kenny retired in 1972 as a Lieutenant Commander and that same year he returned to the Archdiocese of Newark; he was appointed pastor at St. Luke’s Parish in Ho-Ho-Kus, New Jersey.

Before attending Seton Hall College, he graduated from Seton Hall Preparatory School, and he studied for the priesthood at Immaculate Conception Seminary.

Bishop Charles McDonnell rose to the rank of brigadier general during his Army career, which began in 1965 when he became a chaplain during the Vietnam War. He underwent airborne and special forces training and became chief of chaplains in Europe in 1981.

He returned home in 1984 to serve at the U.S. Army Chaplain Center and School in South Carolina, where he became the commandant. In 1986 he was appointed the Army’s deputy chief of chaplains, a post he served until his retirement in 1989.

He was highly decorated over the course of his military career, and among his awards were the Bronze Star and the Legion of Merit.

In 1991, he was appointed vicar general and moderator of the curia for the Archdiocese of Newark. On March 15, 1994, he was appointed auxiliary bishop of Bergen and Essex counties, a position he held until his retirement in 2004.

Monsignor James O. Sheerin entered the Air Force as a Catholic chaplain in January 1963 during the Vietnam War, and retired from service in 1988 at the rank of lieutenant colonel. During his 25-year military career, he served at Air Force bases throughout the world, receiving many meritorious service awards, including the Vietnam Service Medal.

He graduated from Seton Hall Prep and Seton Hall University, attended the Immaculate Conception Seminary, and was ordained in 1956.

Father John. J Krozser was ordained in 1956. Following his ordination, he was assigned as parochial vicar to Our Lady of Sorrows Church in South Orange, New Jersey, where he established a chapter of The Society of St. Vincent DePaul. Moved by the suffering of military personnel and their families during the Vietnam War, Father Krozser became a chaplain in the U.S. Air Force in 1968.

Father Michael Walsh spent 25 years as a Navy chaplain, primarily aboard aircraft carriers. Ordained in May 1972, Father Walsh became a chaplain in 1978 and reached the rank of commander before retiring from military duty in 2001.

During his years in the Navy, he was assigned to several ships, including the USS Claude V. Ricketts and the aircraft carrier USS John F. Kennedy. He served in Okinawa; Reykjavik, Iceland, and at bases in Mississippi, South Carolina, Virginia, Arizona and California.

Father Walsh was also responsible for organizing the base suicide prevention program for the Fleet Combat Training Center in Virginia Beach, Virginia, and initiated the Prevention and Relationship Enhancement Program for the Marine Air Corps Station.

After his military career, he became pastor of Our Lady of Mount Carmel in Boonton, New Jersey, and served as chaplain to the Knights of Columbus, the American Legion, and local police and fire departments.

Are there additional chaplains to mention? Email us at shuwriter@shu.edu and let us know.