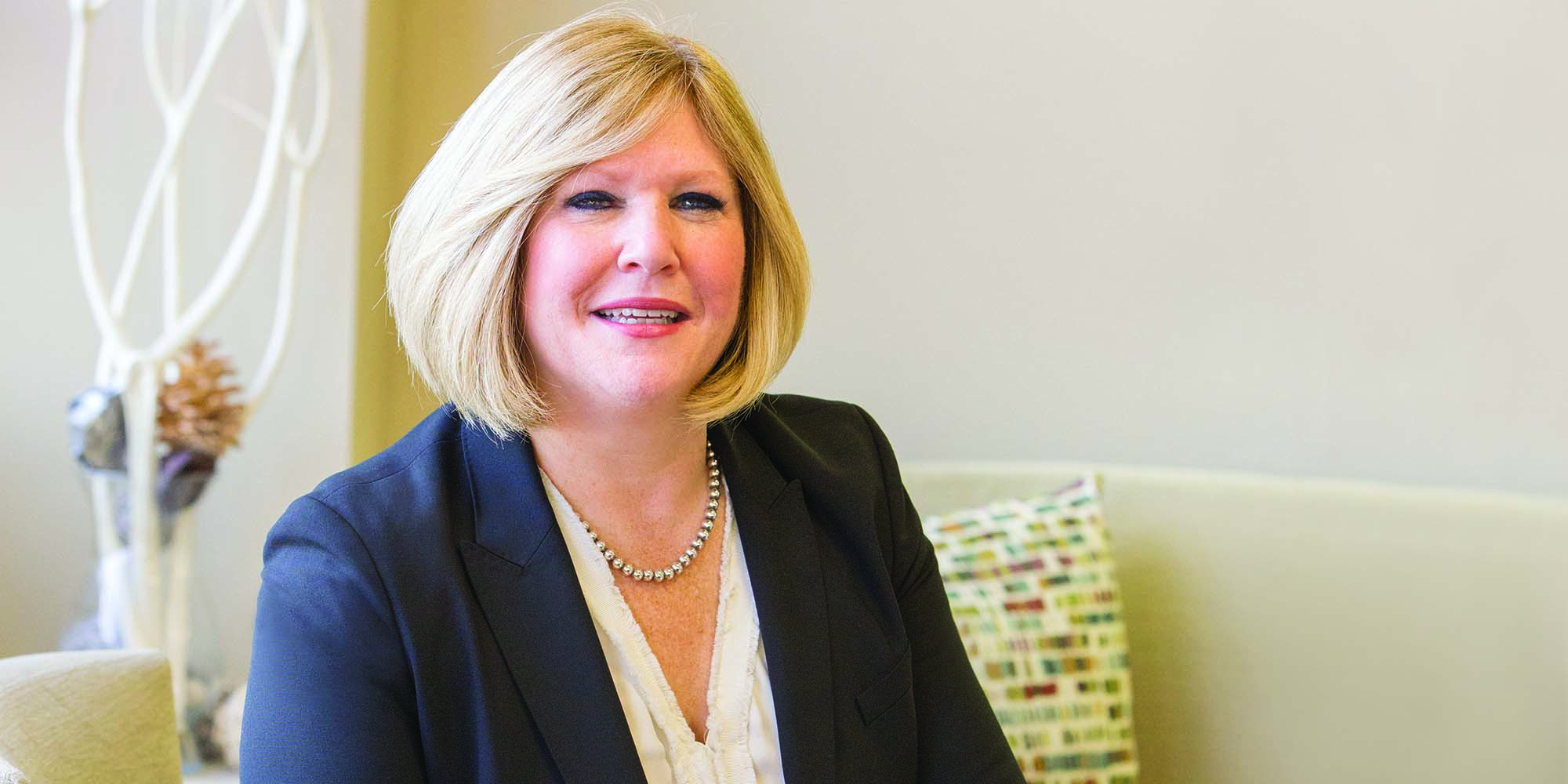 When she was 13, Mary Ellen Clyne ’87/M.S.N. ’93/Ph.D. ’12 volunteered at a nursing home in central New Jersey. She loved working with the elderly residents — “I really want.ed to bring some sunshine into their day,” she says — and when she turned 16, she parlayed that experience into a paid job as a nursing assistant.

Clyne’s modest entry into the nursing field served as the first stepping-stone in a three-decade-long career that has brought her to Clara Maass Medical Center, an acute-care hospital in Belleville, N.J., where today she serves as president and chief executive officer. With annual revenue of more than $270 million, Clara Maass treats 80,000 emergency-room patients per year, conducts 7,000 outpatient surgeries and makes 16,000 admissions. Clyne is the rare hospital chief executive who began her career in nursing, and is the only graduate in Seton Hall history to earn bachelor’s, master’s and doctoral degrees from the university.

In many ways, that hasn’t changed. Yet, Clyne is no ivory-tower administrator. She makes it a point to get to know her employees, and she is unafraid to show her emotions. She subscribes to a management style known as Conscious Inclusion. Those who know her say that even in her role as CEO her humanity is routinely on display.

“Mary Ellen is the reason Clara Maass is a family,” says Kaylyn Dines, the hospital’s director of communications and marketing. “That’s what this is, and it comes from a genuine and authentic place within Mary Ellen.”

Clara Maass and its CEO play central roles in local civic life: The hospital sponsors the Montclair Jazz Festival. Clyne has been named Essex County Irishwoman of the Year. And in 2016 she walked as grand marshal in the Nutley St. Patrick’s Day Parade.

Michellene Davis ’94/J.D. ’97, the executive vice president and chief corporate affairs officer at RWJ Barnabas Health, the hospital’s parent company, says she’s taken many calls from Clyne inquiring how she can help an employee’s child through the college-application process. “She’s a compassionate manager,” Davis says. “She has this infectious ability to make other people feel outra.geously valued throughout her hospital. I wish we could bottle that.”

Her leadership skills and business acumen have earned her many awards and accolades, including Seton Hall’s 2016 Margaret C. Haley Award for contributions to the field of nursing. In 2013, Clyne was inducted into the College of Nursing’s Hall of Fame. Last year, NJBIZ named her one of the Best 50 Women in Business in New Jersey.

At Clara Maass, Clyne has overseen a string of innovative services and projects, including a wellness pro.gram for Nutley seniors and the Center of Excellence for Latino Health, which serves the hospital’s fastest-growing patient population. A $23 million construction project now under way will result in four new operating rooms, a renovated emergency department, new office space and a 32-bed intensive-care unit.

Clyne never forgets that her path to the CEO’s office began when she showed up on the doorstep of the nursing home as a young girl. “Growing up,” she says, “I was always in the caretaker type of a role.”

Davis says Clyne would rather sacrifice professional success than personal integrity. “It’s actually that choice,” she says, “that causes her to be more successful.”

Clyne credits the many mentors who have helped guide her work as a hospital administrator. She also acknowledges the influence of her alma mater. “The educational structure I received at Seton Hall was the firm foundation that helped advance my career,” Clyne says. “In retrospect, I realize my faculty members had faith and believed in me before I was able to believe in myself.”