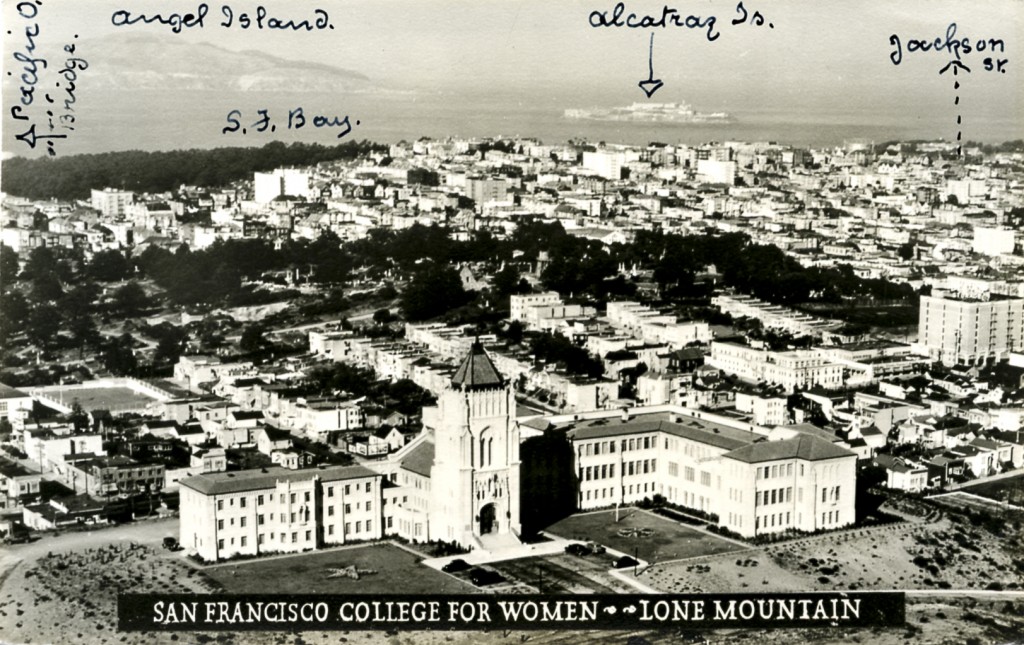 San Francisco College for Women (Lone Mountain): Aerial View: This postcard presents an aerial view of the San Francisco College for Women (also known as Lone Mountain College) probably taken soon after its completion in the mid-1930s. Reverend Mother Rosalie Hill RSCJ played a prominent role in the founding of the college and was closely involved with its architectural design. Notes on the front of the postcard point to the Academy of the Sacred Heart’s location on Jackson Street as well as areas of local interest.  Excerpt from the message: This is an airoplane picture—so the mountain is flattened down to the city level. None of the postals give quite the idea of the “lone” height of the College.