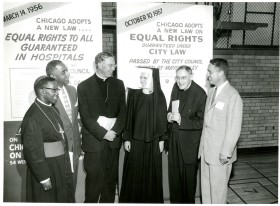 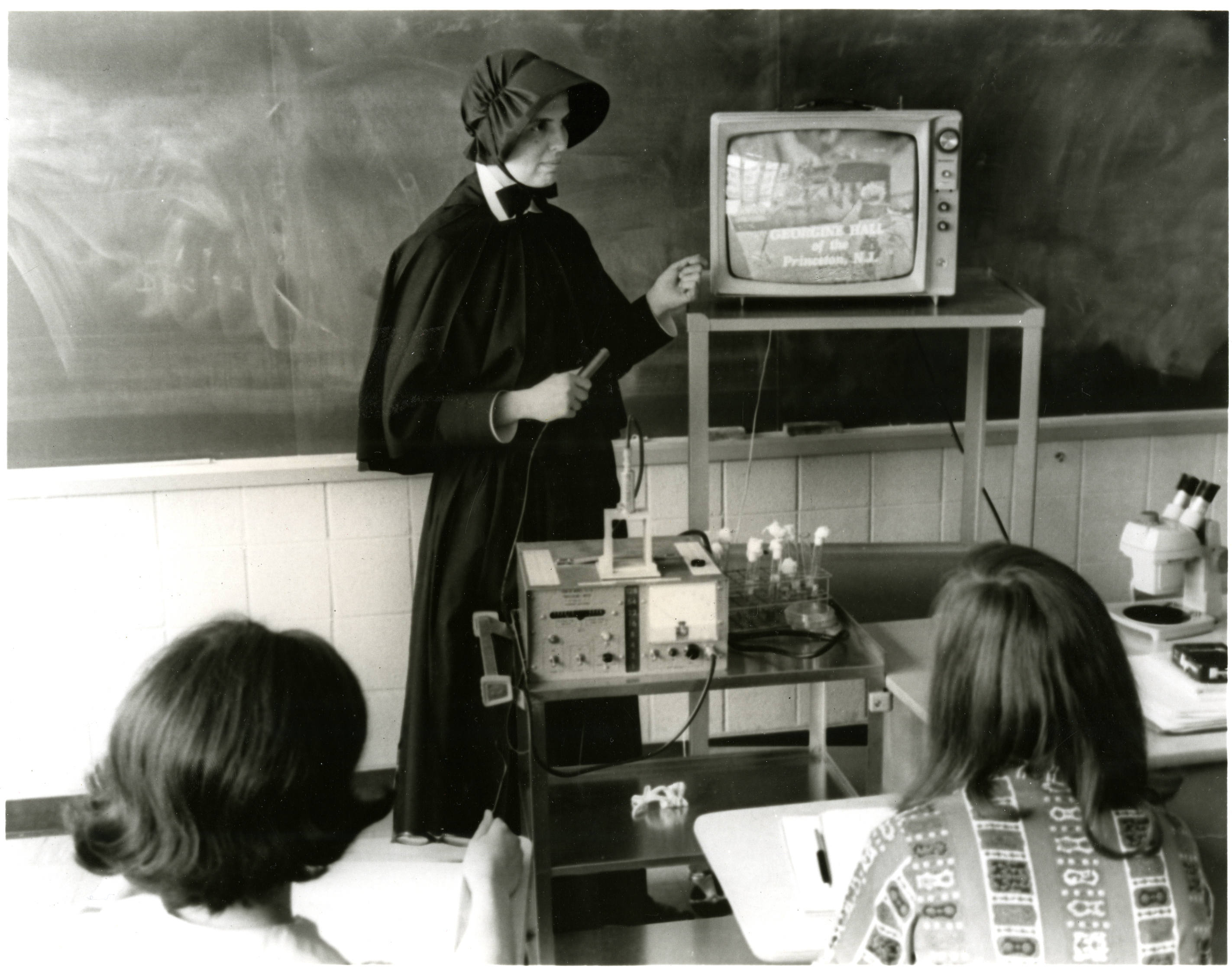 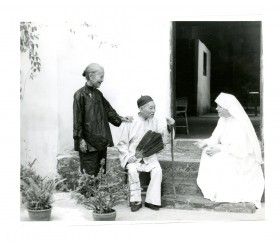 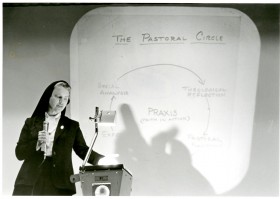 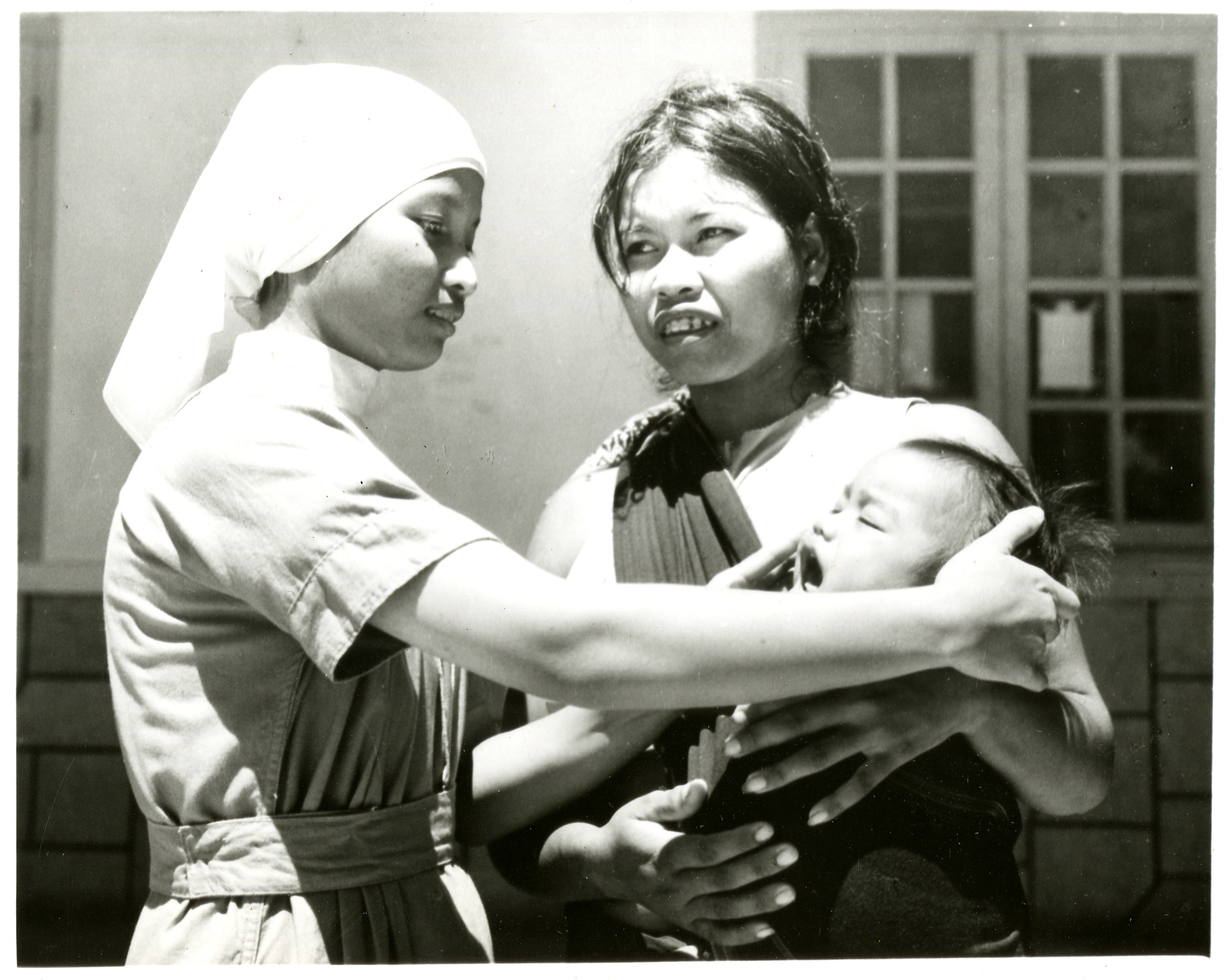 Nun with mother and child (Item 693C). Accompanying text reads: “Through the Society for the Propagation of the Faith, the Holy Father begs, collects and distributes the sacrifices of the faithful on MISSION SUNDAY to help provide the yearly support of the Church in those areas most needful of outside help. “Christ Lives Among Us!” …