Another crucial area of the synthetic biology debate is the potential political repercussions of these scientific advancements. Many questions if it is moral to alter the genetic makeup of any living thing, but more specifically, the genes of a fetus. From a religious perspective, many claim it is immoral to alter God’s creations, and as we know, many public administrators and elected officials reference their religious beliefs when discussing, drafting, or voting on legislation. The opinion that this technology is beneficial varies depending on what it is used for. For example, applying new technology to cure diseases and save lives gain public support quickly, but more advanced applications of biotechnology like genome editing or growing organs is more controversial. However, it seems as though the world is not too concerned with establishing these boundaries.

In 2010, Obama requested the Presidential Commission for the Study of Bioethical Issues. This applied regulatory mechanisms for GM crops, pesticides, and other forms of agricultural advancements that have environmental impacts but establishing regulation for more advanced uses are a concern for the future. Germany, Australia, and the United Kingdom also share this mentality as they only prepare for environmental regulations. This lack of information about the world’s preparation is troubling, but we can imagine the conflicts that will arise. Though there are limitations to their areas of work, some third organizations play a crucial role in monitoring these developments.

The Convention on Biological Diversity, or CBD, is an organization centered on three goals: Conserving the Earth’s biological diversity, establishing a sustainable use of the planet’s resources, and ensuring that everyone benefits from new genetic resources equally. Supporting the organization are two subdivisions: the Subsidiary Body on Scientific, Technical, and Technological Advice (SBSTTA)​ and the Subsidiary Body on Implementation (SBI). These two tasks’ forces monitor all arising trends and their potential implications, and then present it to the organization. The Convention on Biological Diversity then holds a meeting with all countries that choose to attend to decide on protocol for new technologies. An example of this is the Cartagena Protocol on Biosafety. This protocol established the standard of adequate protection when transporting, handling, and using living modified organisms (LMOs), so that all effects on the environment, human health, and biological diversity are accounted for when using such products. The biosafety protocol created the advanced informed agreement (AIA) procedure which seeks 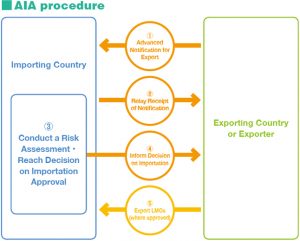 consent from the countries importing products with living modified organisms. The agreement must be in place before the products are introduced to the environment. It also requires that all shipments are labeled with a document that states that the product does or might contain living modified organisms. It is also very clearly established that this protocol is in no way a valid excuse to ignore or replace the rights of all governments and does not change their rights as well. This protocol, unfortunately, does not include any necessary regulations.

It lacks the requirement to monitor and track products produced from living modified organisms. For example, offspring of a genetically modified mosquito or paper created from a genetically modified tree. Even more concerning is the lack of inclusion for pharmaceuticals for humans. It also does not address food safety issues, nor does it require companies to label the products to alter consumers that the good they are purchasing contains modified organisms or was derived from one. Another concern is the lack of accountability for bulk shipments. The agreement does not require the separation of bulk shipments with LMOs to those that do not contain any. Bulk shipments in general do not need to comply with the AIA procedure. While all of these regulations are necessary and related to certain aspects of synthetic biology, it also does not include the latest trends.

How does this impact our political climate?

While researching the political implications of synthetic biology, we noticed a lack of opinions from politicians. Perhaps it is because many cannot begin to understand the importance of synthetic biology and foresee the very permanent and necessary future it has in our society. In terms on synthetic biology and assisting the environment, some are for introducing new technology to help the environment. As for lab-grown organs, gene edits, robotic DNA, we quite literally have no comment from them. It is hard to predict the political implications when you have nothing to build from, but if we apply their opinions from other divisive or controversial topics, we can assume this will be yet another polarizing topic. Som 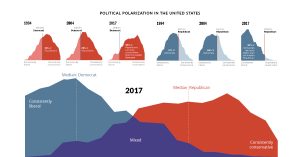 e will likely see that our society is evolving, and we should embrace these new techniques to better our world and help others. Some will claim that this goes against nature and is unethical or even an act against God. And of course, some will use this to further their agenda of spreading hate, creating divisions between social classes, races, genders, and other demographics, and essentially, will attempt to create mass amounts of inequality. Eventually, our politician’s stance on synthetic biology will be a determining opinion for many when deciding if they support a candidate or not. Suppose other countries begin using this technology before the United States does – Is the United States going to involve itself with its decisions and developments? Could their involvement lead to conflicts? Could these conflicts lead to war? The unfortunate reality is, our government is nowhere near prepared for synthetic biology, and that alone is dangerous.