The cultural implication of synthetic biology begins with us, as individuals, and expands outwards to countries. Though our culture is continuously evolving, we often experience “culture shock” when things happen abruptly, or when we do not have a sufficient amount of time to adapt. Today, our world is nowhere near prepared for the introduction of the full breadth of synthetic biology in our day to day lives. We currently enjoy grapes that taste like cotton candy or oversized strawberries without stressing over their genetic makeup, but will everyone maintain this mentality when asked about editing the genes of a fetus? Probably not. As our world begins to experience the full potential of synthetic biology, we will likely grow more divided. Yes, most people will be thankful we have such technologies when as we work to eliminate major diseases from our offspring’s DNA and save them from pain and suffrage, but where does that support end? Does it end at lab-grown organs? Perhaps. What about the use of genome editing to decrease the mosquito population, will that be supported? Most likely, because many are more concerned with the role mosquito bites play in ruining their summer and less concerned with their crucial role in our ecosystems. Overall, it is difficult to predict where society’s support begins and ends because we cannot see how these trends in synthetic biology fit into our culture. Designer babies could be the next mainstream trend or newest luxurious experience for the wealthy if our popular culture evolves to make us believe it. This point alone proves that the biggest obstacle synthetic biology will have to overcome is human ignorance. Most people lack a necessary understanding of science, its benefits and consequences alike, to determine if a new technology or procedure is good or bad. Our choice to stay ignorant and not concern ourselves with these issues would be the reason why many do not embrace synthetic biology in their cultures.

On the other hand, some might fully recognize synthetic biology’s potential and embrace it. At each level, we are trained to compete; not only with each other but with ourselves. We often strive for more and set standards based on what others accomplish. Synthetic biology is no exception to this. Between countries, cities, and even scientists, there is a constant race to discover the potential of our world. There is a desire to observe what we can do with all the resources provided to us. So naturally, our culture is impacted by this hunger to be the first to discover something or accomplish something before anyone else. With competitiveness comes possessiveness as well. When you work hard on something and create personal attachments to your work, it could become difficult to willingly share it with others. This feeling of ownership can be applied to breakthroughs in technologies in different countries, which can later cause a reluctance to share findings. We can easily apply this theory to the current development of superbugs or viruses. If countries discover or create a virus so powerful it could severely affect an entire population, they will likely keep their findings to themselves before it can be used against them. 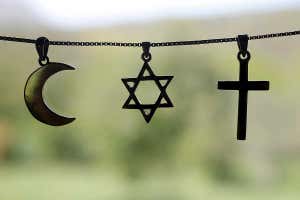 A large part of many cultures is their religion, and sometimes, religion contradicts science. Some could potentially view genome editing as an act against God. The same is true for lab-grown organs. These two things could be viewed as unnatural or against God’s will. Some could even go as far as to question if that individual was human because being human involves being imperfect. In respect to the scientists,  religious individuals could accuse scientists of attempting to play God by trying to save lives or alter how some individuals are created. Religion will likely be one of the areas of society most affected by synthetic biology.

Relating back to the creation of “fake meat” in labs, a cultural result of the decrease in crop growth is the redistribution of farmland (previously used to raise cattle and livestock) to native Americans. Could this possibly solve the ethical and racial issues that have existed before/ since the implementation of the Dawes Act? Or would these just be considered reparations and not a true apology by the government? The American Rescue Plan Act of 2021 is planned to combat racial inequality through land reform. The use of synthetic biology to decrease the number of farms used to raise cattle along with this legislation can open up a new discussion on the history of how race has played a part in land distribution, which has now led to 94% of privately owned farmland being owned by white Americans. With that being said, only about 2% of the U.S. population is made up of Native Americans. Even if this 2% received land reparations there would still be a decent amount of land being unused. On November 15, 2021, President Biden announced a $1.2 trillion infrastructure bill that includes provisions on solar energy. A farm in Colorado is already implementing solar energy on farmland in jeopardy. What if we were to take this unused farmland and create solar gardens or build wind turbines to create a more sustainable form of energy for the rest of the country? For example, if the fake meat industry in the future grows to the point where absolutely no farmland is being used anymore, that means that 40% of the country’s land can be used for renewable energy. This chain disruption effect clearly has environmental, political, and cultural (racial) implications, just in itself.