Bristol Myers (BMS) acquired IFM Therapeutics for $300 MM up-front and up to $1.01 billion in contingent payments on the first two products from the NLRP and STING (STimulator of INterferon Genes) pre-clinical programs. IFM focuses on the innate immune system, which is the first line of immunological defense, whereas, BMS’ immune-oncology program (most notably featuring Yervoy and Opdivo, checkpoint inhibitors of CTLA4 and PD-1) has largely centered on the adaptive immune system. IFM is developing small molecule agonists that target the innate immune response within the tumor microenvironment. 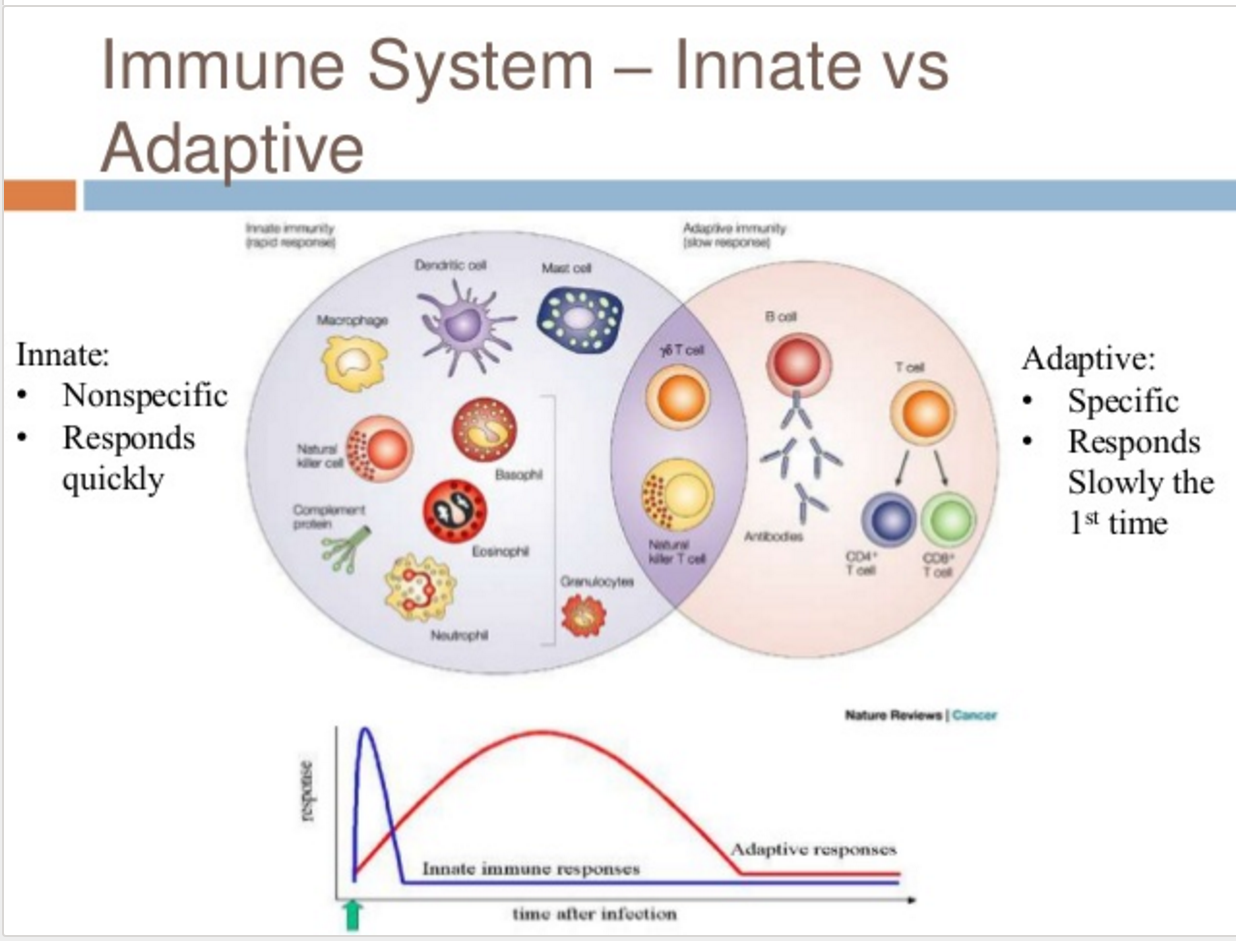 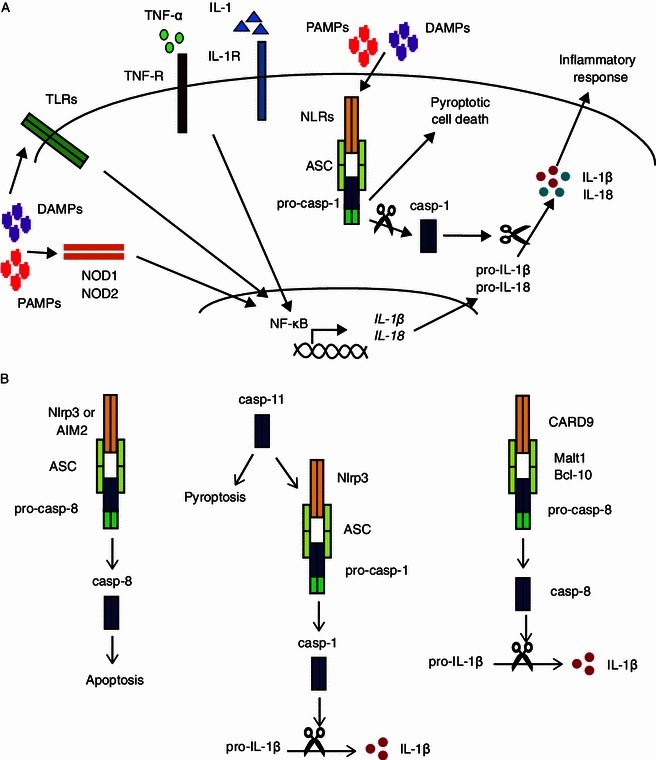 Additionally, colonic epithelial cells deficient in caspase-1 bear greater resistance to apoptosis and increased proliferation relative to colon epithelial cells from wild-type mice. Anthracyclines and other chemotherapy agents cannot induce immunogenic cell death in mice lacking components of NLRP3 inflammasome In other types of cancer, such as melanoma and mesothelioma, inflammasomes and IL-1β have been shown to enhance tumor growth.

Bacteria/Virus or self-derived DNA in the cytosol activates the STING pathway and promotes the production of type I interferons (IFN-alpha and IFN-beta). STING also participates in cell death signaling through its association with MHC-II and the ERK pathway. STING has been suggested to interact with DDX58/RIG-I, MAVS, SSR2, RNF5, TRIM56, TBK1, IFIT1 and IFIT2. It generally localizes to the cytoplasm and membranes of the cell, ER, and mitochondria; however, in response to DNA stimulation, it translocates to the perinuclear region and interacts with TBK1 kinase. STING’s phosphorylation by TBK1 at Ser-358 results in STING activation. STING executes its role by sensing and binding cyclic di-GMP/c-di-GMP and cyclic GMP-AMP/cGAMP. This binding results in the activation of NF-kappa B and IRF3 transcriptional signaling pathways leading to the induction of Type I interferon response. 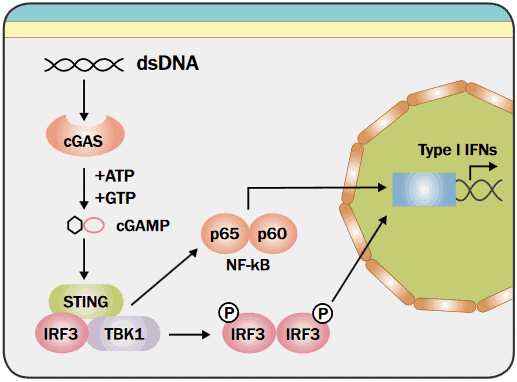 Figure 3. STING executes its role by sensing and binding cyclic di-GMP/c-di-GMP and cyclic GMP-AMP/cGAMP. This binding results in the activation of NF-kappa B and IRF3 transcriptional signaling pathways leading to the induction of Type I interferon response. https://www.novusbio.com/antibody-news/antibodies/sting-in-innate-immunity-and-cancer-whats-the-buzz-about

After transplantation of immunogenic tumors in STING-deficient mice, the tumors grow more rapidly than transplantation in wild-type mice or TRIF-deficient mice. Spontaneous CD8+ T cell priming against tumors was also defective in mice lacking STING, but not in those lacking TLRs, MyD88 or MAVS, suggesting cytosolic DNA sensing pathway is involved in controlling tumor growth. It has also been demonstrated that tumor-derived DNA is transferred to host DCs and induces IFNs production through cGAS-STING pathway for CD8+ T cell priming. Other studies have also indicated that STING is required for the antitumor effects of radiation or anti-CD47 treatment. The dying tumor-derived DNA after treatment with radiation or antibody to CD47 is delivered to the cytoplasm of DCs to activate the cGAS-STING pathway and induce IFNs production, further bridging the innate and adaptive responses, which is represented by the activation of CD8+ T cells. Therefore, these studies suggest that activation of STING by tumor-derived DNA for IFNs production and DC-mediated cross-priming is critical for generating adaptive antitumor immunity 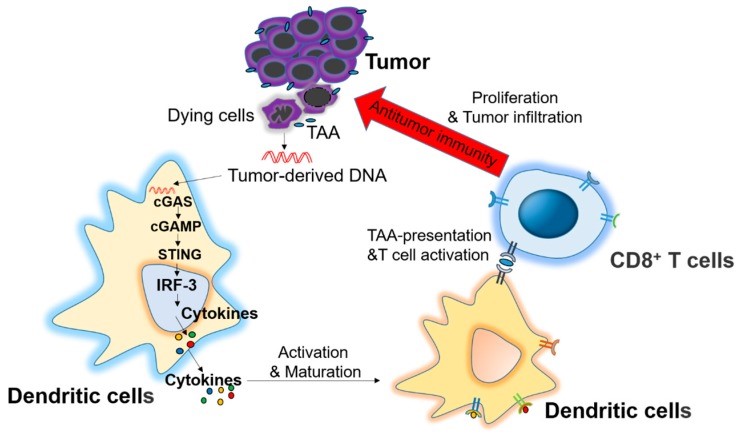 Figure 4. Role of the stimulator of interferon genes (STING) signaling pathway in antitumor immunity. Dying tumor cell-derived DNA is delivered to dendritic cells (DCs) through an unknown mechanism. The DNA is recognized by cytosolic DNA sensor cGAS to produce cGAMP for STING activation and cytokines production, which stimulate the maturation of DCs and stimulate the cross-presentation of tumor associated antigens (TAA) to CD8+ T cells, which exhibit an antitumor immunity after proliferation and infiltration into tumor microenvironment. https://www.ncbi.nlm.nih.gov/pmc/articles/PMC5343938/

Combining innate and adaptive immune responses for better cancer treatment outcomes is the goal. The use of an NLRP3 agonist may be an excellent strategy to provoke inflammation and attract cells of the immune system into the tumor environment – then, using a STING agonist to activate the dendritic cells would set-up the first step in an adaptive immune response. Coupling these tandem strategies with radiation or chemotherapy to provoke antigen spilling, and PD-1 inhibition to block suppression of the newly provoked immune attack is very compelling.

2 thoughts on “NLRP3 and STING enhance immune attack on cancer”