A Phase 2 study of necuparanib (from Momenta Pharmaceuticals) was halted following an interim futility analysis. The data and safety monitoring board (DSMB) ran the analysis once 57 patients in the 120-person trial had died, leading to the conclusion that necuparanib was showing insufficient efficacy to justify continuing the study.

The failure of necuparanib also represents another blow to pancreatic cancer patients. Momenta joins Incyte on the list of drugmakers to discontinue pancreatic cancer trials following interim analyses this year. Like Momenta, Incyte halted its study of ruxolitinib (Jakafi, a JAK1,2 inhibitor) after the analysis found a lack of efficacy. Aduro Biotech (cell-based cancer vaccine comprised of pancreatic cancer cell line transfected with GM-CSF) and NewLink Genetics (cancer vaccine comprised of pancreatic cancer cell leine transfected with alpha-1,3-galactosyltransferase) have also posted negative data in recent months. Standard of care actually outperformed the experimental drugs in some situations in the Aduro and NewLink trials. 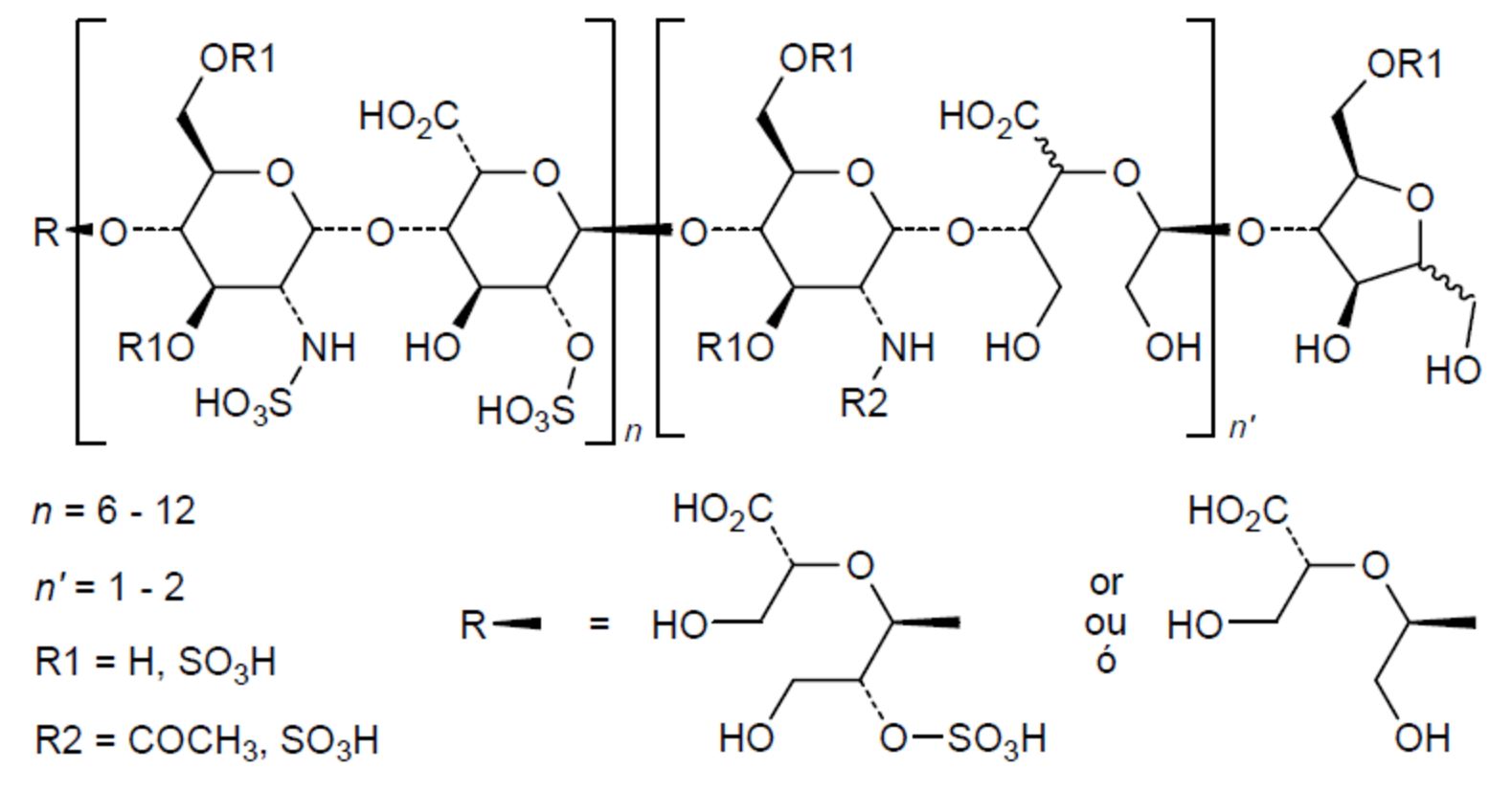 Necuparanib binds and inhibits multiple heparin-binding growth factors, chemokines, adhesion molecules and enzymes involved in cancer progression and metastasis and as such modulates multiple elements of the tumor microenvironment.

Rationale for necuparanib activity in cancer

Malignant conditions are frequently associated with a hypercoaguable state, with recurrent thrombosis (blood clots and pulmonary emboli) due to the impact of cancer cells and chemotherapy or radiotherapy on the coagulation cascade. Heparin and, its pharmacokinetically improved versions, low-molecular-weight heparins (LMWH) are effective in the prevention and treatment of thromboembolic events in cancer patients.

They estimated “if 1,000 patients with cancer were to use a prophylactic dose of LMWH, approximately 30 would avert death, 20 would avert a clotting complication and one would suffer a major bleeding episode over a 12-month period.”

Because the drug was extremely well tolerated, experts have debated whether administration of LMWH would be prudent, not only for prophylaxis against thromboembolism, but also for potential anti-neoplastic activity.

Upon administration, M402 mimics HSPGs by binding to and inhibiting various heparin-binding growth factors, chemokines, and cytokines such as VEGF, HGF (hepatocyte growth factor), FGF2 (fibroblast growth factor), SDF-1a (stromal cell derived factor), heparanase and P-selectin all of which are essential for tumor angiogenesis and metastasis to occur. 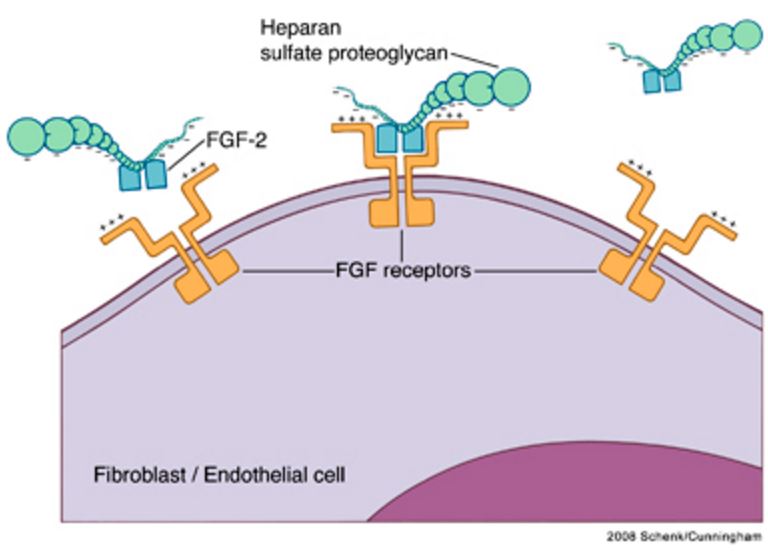 Heparin-FGF interactions. FGF molecules bind to their receptors in the presence of the proteoglycans heparin or heparin sulfate. Two FGF receptors, each with an FGF molecule bound, are linked and stabilized by heparin in a tetrameric complex.39 FGF, fibroblast growth factor. https://www.researchgate.net/figure/24233761_fig2_Figure-2-Heparin-FGF-interactions-FGF-molecules-bind-to-their-receptors-in-the-presence

The anti-cancer activity of heparins depends more on inhibition of metastasis formation than on the effects on primary tumor growth. These effects are probably related to both coagulation and non-coagulation dependent factors. Since necuparanib was designed not to have anti-clotting properties, a question remains whether the use of heparin mimetics that inhibit both clotting and binding of important growth factors in the tumor microenvironment would show benefit.

The data and safety monitoring board (DSMB) ran the analysis once 57 patients in the 120-person Phase 2 trial had died, leading to the conclusion that necuparanib was showing insufficient efficacy to justify continuing the study.

Momenta built the interim review into the trial to give the monitoring board a chance to assess the data once half of the 114 events needed for study completion had occurred. At that point, which was marked by the 57th death in the trial, the DSMB took a look over the data. The conclusion was that necuparanib, while having a manageable toxicity profile, was failing to have a meaningful effect on outcomes in the patients.

That conclusion led the DSMB to recommend halting enrollment in the study, although the lack of toxicity concerns meant it saw no reason to stop treatment of patients already taking necuparanib. The next step is to unblind the data and figure out the future for necuparanib.