BET bromodomain inhibitors are epigenetic regulators that act by repressing expression of oncogenes, including MYC and BCL-2, that are aberrantly highly expressed in many cancer cells, resulting in inhibited cell proliferation and induction of apoptotic cell death.

The term epigenetics refers to heritable changes in gene expression (active versus inactive genes) that does not involve changes to the underlying DNA sequence; a change in phenotype without a change in genotype. Epigenetic change is a regular and natural occurrence but can also be influenced by several factors including age, the environment/lifestyle, and disease state. Epigenetic modifications can manifest as commonly as the manner in which cells terminally differentiate to end up as skin cells, liver cells, brain cells, etc. Or, epigenetic change can have more damaging effects that can result in diseases like cancer. At least three systems are currently considered to initiate and sustain epigenetic change: 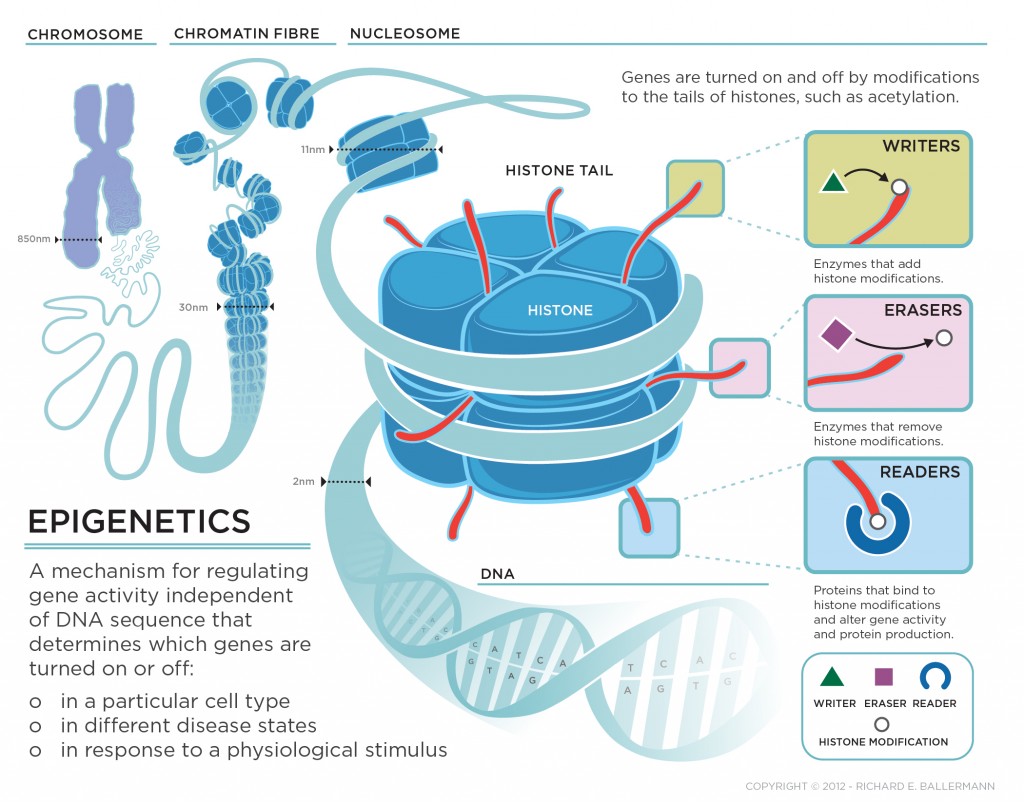 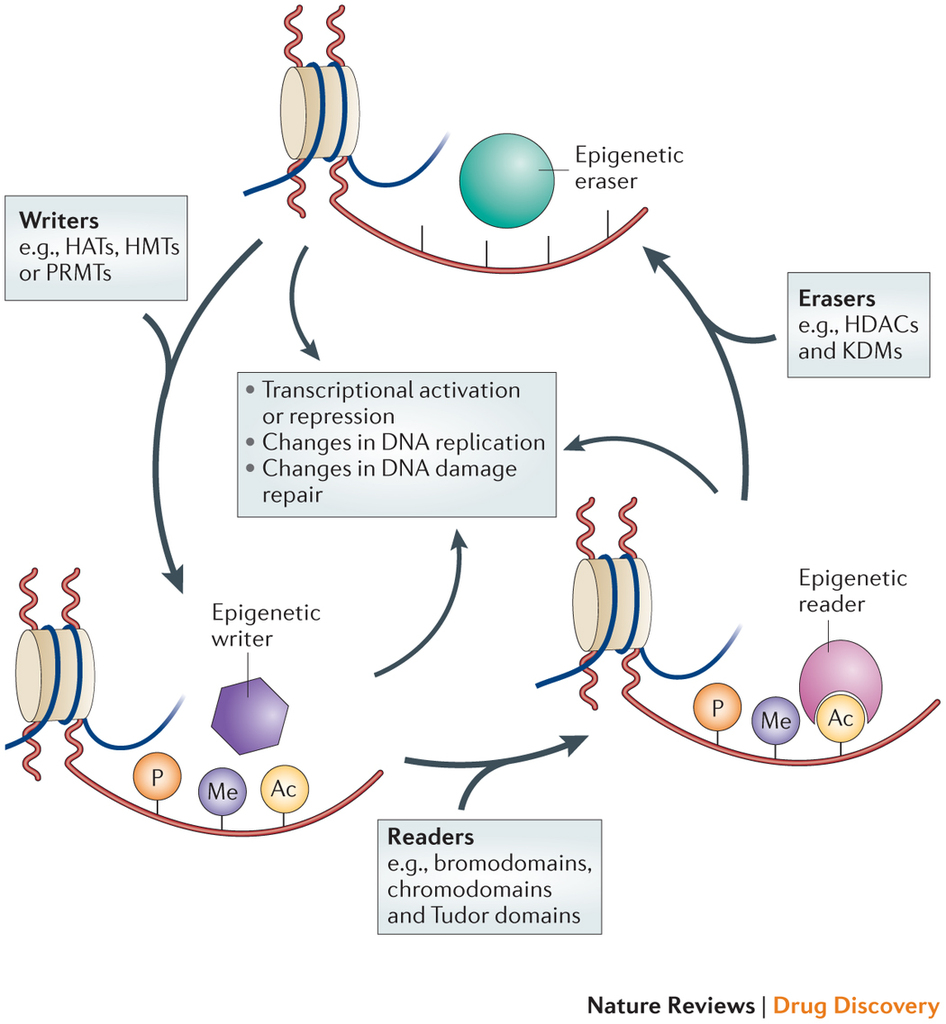 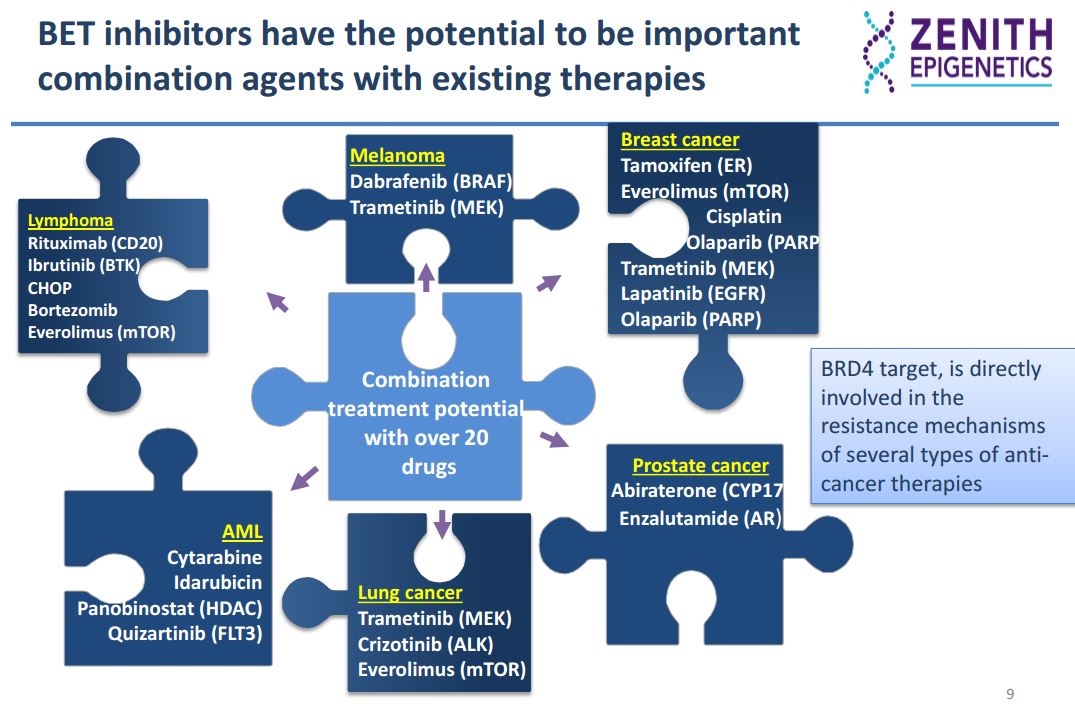 BRD4 (bromodomain-containing protein 4) is a chromatin reader protein that recognizes and binds acetylated lysine residues in histones and plays a key role in transmission of epigenetic memory across cell divisions and transcription regulation. It remains associated with acetylated chromatin throughout the entire cell cycle and provides epigenetic memory for postmitotic G1 gene transcription by preserving acetylated chromatin status and maintaining high-order chromatin structure. During interphase, BRD4 plays a key role in regulating the transcription of signal-inducible genes by associating with the P-TEFb complex and recruiting it to promoters: BRD4 is required to form the transcriptionally active P-TEFb complex by displacing negative regulators such as HEXIM1 and 7SKsnRNA complex from P-TEFb, thereby transforming it into an active form that can then phosphorylate the C-terminal domain (CTD) of RNA polymerase II. It promotes phosphorylation of ‘Ser-2’ of the C-terminal domain (CTD) of RNA polymerase II. It is released from chromatin upon deacetylation of histones that can be triggered by different signals such as activation of the JNK pathway or nocodazole treatment. 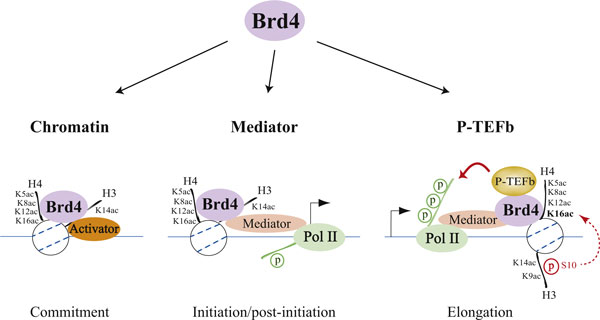 In the AR (androgen-receptor) positive VCAP prostate cancer cell line, ZEN-3694 (a small molecule that selectively binds to both bromodomains of the BET proteins, inhibiting the interaction of acetylated histone peptide with IC50 values in low nM range) inhibits proliferation synergistically with the AR antagonist enzalutamide. 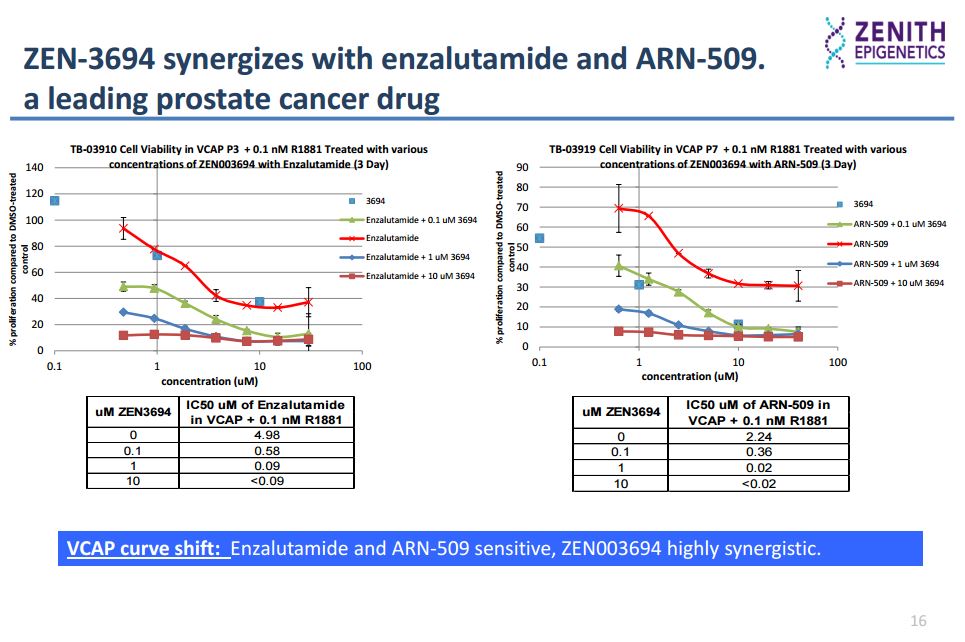 In an in vitro enzalutamide resistance model characterized by the up-regulation of the glucocorticoid receptor (GR), GR expression was inhibited by ZEN-3694 in a dose-dependent manner. Sensitivity to ZEN-3694 was unaltered, suggesting that it could be a valid therapeutic approach in patients developing resistance to AR antagonists through GR induction. 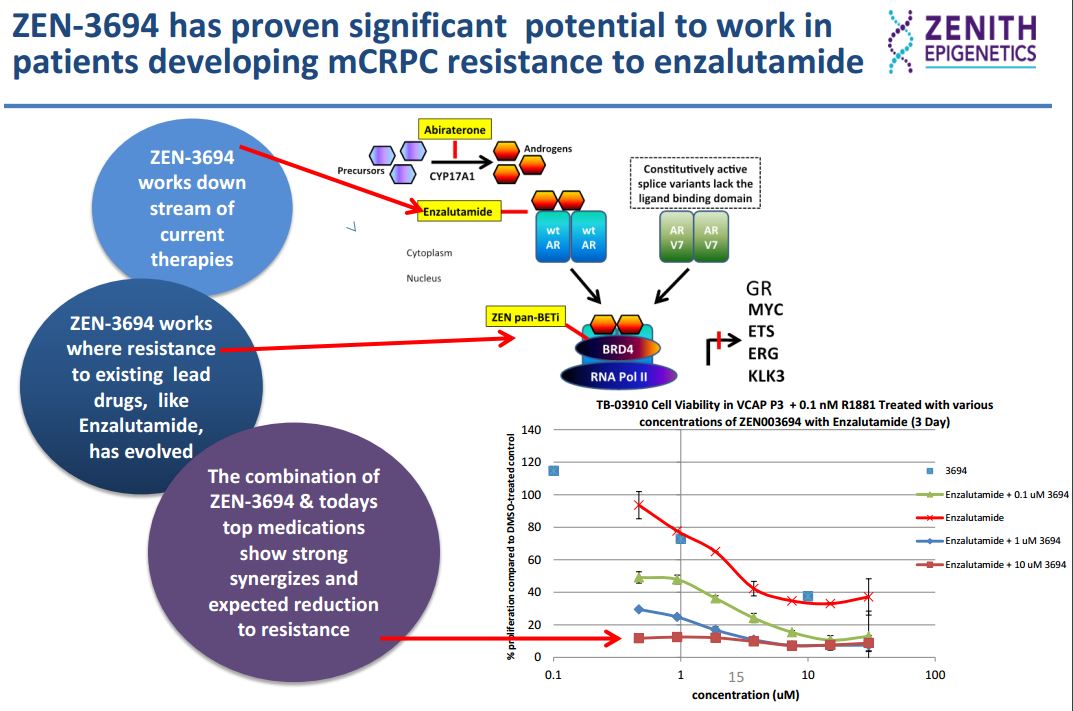 Clinical trials of ZEN-3694 in patients with metastatic resistant prostate cancer will commence in 2016.