Two experimental drugs, luspatercept and sotatercept, have shown to be active in myelodysplastic syndrome (MDS), a type of cancer in which the bone marrow does not make enough healthy blood cells and there are abnormal (blast) cells in the blood and/or bone marrow. 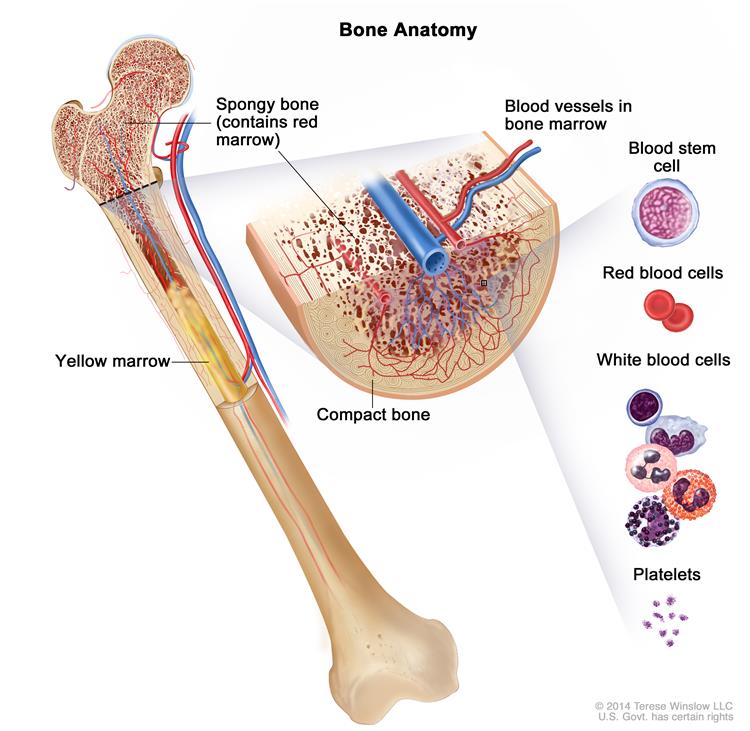 Luspatercept and sotatercept are molecules that belong to a new class of anti-neoplastic compounds called activin receptor antagonists. The drugs are being developed by Acceleron and Celgene. Data reported at the 2014 American Hematologic Society meeting demonstrated:

The most common type of thalassemia is beta thalassemia. It involves decreased production of normal adult hemoglobin (Hb A), the predominant type of hemoglobin from soon after birth until death. (All hemoglobin consists of two parts: heme and globin). The globin part of Hb A has 4 polypeptide chains. Two of these chains are identical and are designated the alpha chains. The other two chains are also identical to one another but differ from the alpha chains and are termed the beta chains. In persons with beta thalassemia, there is reduced or absent production of beta globin chains. Patients require repeated transfusions.

How do luspatercept and sotatercept work, and how do they differ? Both of them block signaling mediated by Transforming Growth Factor beta (TGF-β) on the Activin Receptor type IIA (ActRIIA). Activin receptor signaling by TGF-β inhibits osteoblast activity and induces osteoclast activity. By blocking Activin receptor signaling, bone loss is inhibited; this has the effect of reducing marrow crowding, which results in MDS. 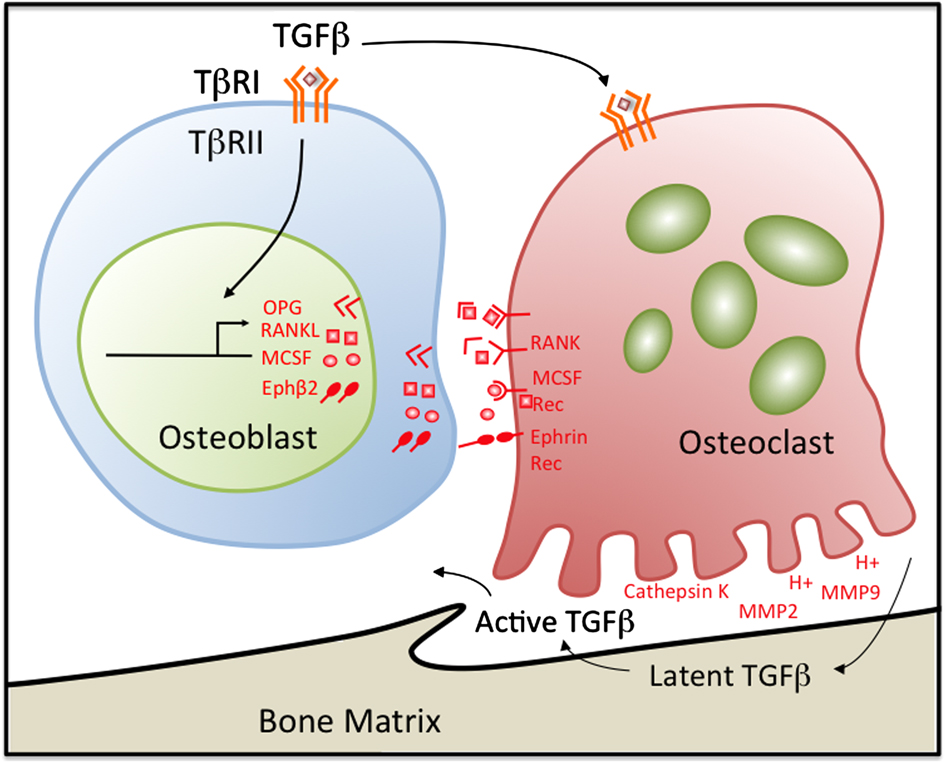 Transforming growth factor-β (TGFβ) couples bone formation with resorption through the regulation of osteoblast-derived osteoclast regulatory factors. Osteoclasts also release and activate TGFβ stored in latent form in the bone matrix during resorption through creating an acidic microenvironment as well as through the secretion of matrix metalloproteinases MMP-2 and MMP-9, which proteolytically activate TGFβ. The active TGFβ released during osteoclast-mediated bone resorption feeds back on osteoblasts. TGFβ1-directed migration of bone-derived mesenchymal progenitors to resorptive sites is an essential step in the coupling process. By inducing osteoprogenitor recruitment and proliferation, TGFβ balances matrix resorption with new bone deposition.

Sotatercept is soluble fusion protein consisting of the extracellular domain of activin receptor type IIA (ActRIIA) linked to the Fc protein of human IgG1. Sotatercept binds with high affinity to activin A and other proteins in the TGF-β superfamily and inhibits signaling through the ActRIIA receptor.

Luspatercept is a ligand trap that binds to TGF-β.

With respect to its activity in beta-thalassemia, the mechanism by which luspatercept promotes erythropoiesis is not understood. However, in preclinical studies, luspatercept promoted red blood cell (RBC) formation in the absence of erythropoietin (EPO) signaling, had distinct effects from EPO on RBC differentiation, and acted on a different population of progenitor blood cells than EPO during RBC development.

So the companies have got two shots on goal in both areas. Steve Ertel, chief business officer at Acceleron, told PharmaTimes that “our plan with Celgene has been to study luspatercept and sotatercept in Phase II studies for MDS and beta-thalassemia “and select the optimal molecule between these two to take forward into Phase III trials. Sotatercept alone is in ongoing trials in chronic kidney disease.