Andrés succeeded in opening his own restaurant that has catered more meals than any humanitarian aid organization could provide within the last two months. The islands are still without running water or electricity since the hit of the Category 5 storm in September, stirring controversy on whether or not the United States is providing sufficient aid to their territory.

On November 9th, thousands unified in a march for Puerto Rico in Washington D.C., demanding that the United States step up in their relief efforts following President Trump’s controversial visit to Puerto Rico. A video displaying Trump carelessly throwing paper towels to a crowd of Puerto Ricans questioned whether or not the president genuinely wants to aid those in need.

Celebrity and influencer Lin Manuel Miranda has been vocal about the lack of relief effort that organizations and the United States have failed to provide thus far. “I’m going to continue speaking up and helping Puerto Rico,” Miranda said during a press conference, “I want you to know we are here en las buenas y en las malas, during the good and the bad.”

The Mayor of San Juan, Carmen Yulín Cruz, has called on President Trump for the need of immediate relief efforts, stating that he has only demonstrated “poor leadership” since the event of the natural disaster. President Trump’s energy seemed to be more focused on posting tweets attacking the mayor for her comment rather than focusing on a response to Puerto Rico’s call for aid.

During a meeting with members of the House, Trump placed the blame on the Atlantic Ocean as the reason for the slow movement of supplies and relief efforts being shipped to the U.S. territory. “It’s very tough because it’s an island,” Trump says. Donald Trump went even further in searching for other weak reasons to explain for the lack of aid reaching the territory. Blaming the original “infrastructure” and poor financial standing of Puerto Rico to be most responsible for their current disastrous state is a very low statement to make while millions of Puerto Ricans are suffering without food and electricity. Refusing to step up in relief efforts is wrongful considering that nearly 4 million U.S. citizens currently reside on the islands. They deserve to be regarded as a priority rather than a simple burden to the United States.

President Trump’s distasteful responses to the Mayor of San Juan’s plea for help and their slow and weak efforts have demonstrated the president’s lack of care and support for the people of Puerto Rico. Since his statement on the country’s inability to provide aid for Puerto Rico “forever,” the answer to who will help those gravely affected is unknown.

Despite being granting $4.9 billion in loans as part of President Trump’s relief bill, Puerto Rican Governor Ricardo Rossello stated that the U.S. territory needs “$94 billion in disaster aid for infrastructure, housing and long-term recovery.” In fact, 93 percent of Puerto Rico now has access to water yet only 63 percent of the island’s power has been restored, reports PBS.

Frustrated with the manner Trump has dealt with Puerto Rico’s relief efforts, the Mayor of San Juan has urged Puerto Ricans who have fled to Florida to vote Democratic in 2018, reports The Stranger. Although Cruz has exhibited her disappointment with President Trump’s poor job in providing aid to Puerto Rico, on November 29th, the mayor expressed her gratitude to the “American people” for Puerto Rico’s recovery on Stephen Colbert’s late night television show.

The fight in support of Puerto Rico’s rebuilding still continues, with artists and influencers using their platform to vocalize the oppression of the Puerto Rican people and the lack of efforts provided to the U.S. territory. Celebrity chef Jose Andres and his non-profit organization, World Central Kitchen, served 40,000 Thanksgiving meals in Puerto Rico. The chef is determined to continue providing cooked food to suffering Puerto Ricans as they restore their communities.

Demonstrations have been most effective in the rebuilding of the U.S. territory, with the demands for government action to be taken. Since the disaster over 140,000 Puerto Ricans have fled to the U.S., PBS reports.

The fight for Puerto Rico is ongoing. Illinois Representative Luis Gutierrez announced his stepping down from office so that he can focus entirely on the rebuilding of Puerto Rico. While we have not seen the same energy or response from other members of Congress or even from President Trump, it is clear that Puerto Rico continues to face injustice in receiving humanitarian aid from the U.S. 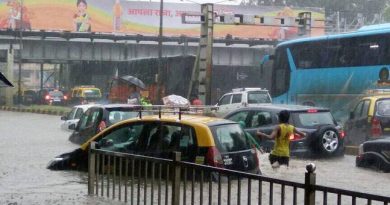 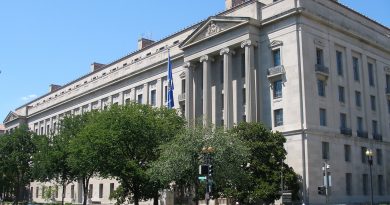 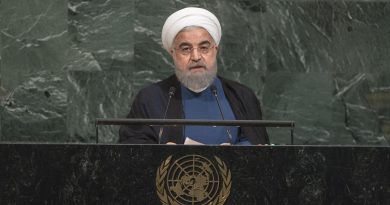