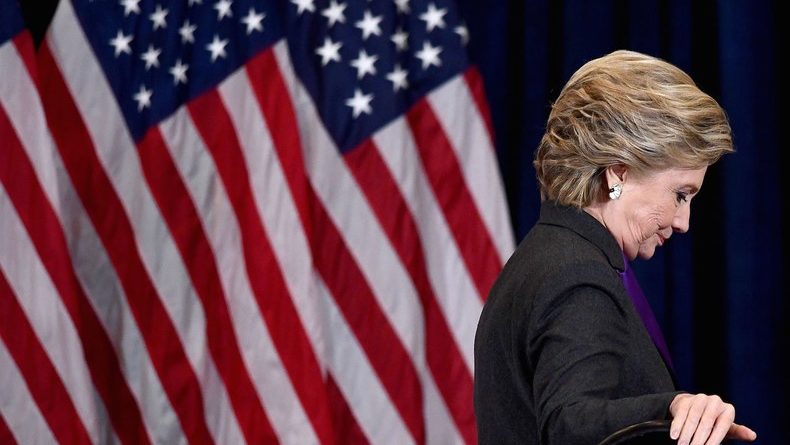 At 2:30 a.m. on November 9, the American media confirmed that former Secretary of State Hillary Clinton had lost the election to be the 45th and first woman president of the United States, stunning the nation and both the Democratic and Republican parties. The upset of Secretary Clinton, the clear favorite throughout the race, put into question the future of American foreign policy in the new, unpredictable administration.

The United States-dominated international system had rested on the shoulders of Mrs. Clinton, known worldwide for her foreign policy experience, decades of public service, and familiarity with many world leaders. Her opponent, on the other hand, campaigned on isolationist rhetoric.

Perhaps the most interesting developments will be in East and Southeast Asia, a focal point of the president-elect’s foreign policy agenda. In a speech given on April 28 to the Center for National Interest, he called for a “summit with our Asian allies” to renegotiate American influence in the region and create a more transactional approach to common goals.

Moreover, the president-elect has called for pulling troops out of both Japan and South Korea, instead suggesting that Japan and South Korea develop their own nuclear weapons for self-defense against their unruly neighbors, China and North Korea. The Diplomat notes that General Michael T. Flynn, a former director of the Defense Intelligence Agency who has become an adviser to the president-elect, has insisted “that he not only remains committed to the alliance but…to strengthening it to address common threats like North Korea.” Yet, the campaign has stood its ground that Southeast Asian nations should arm themselves handle threats on their own.

Furthermore, while Chinese aggression in the South China Sea is seen as a result of foreign policy failures by the Obama administration, the president-elect has said that “we have rebuilt China, and yet they will go in the South China Sea and build a military fortress the likes of which perhaps the world has not seen,” a claim that Politifact disputes. Yet the president-elect does not seem terribly worried about the facts, and has no firm policy on combating the Chinese, or even making the shows of force that the Obama administration has conducted in recent months.

China was far more worried about a Clinton presidency. “Clinton will be a difficult partner,” a Chinese official told Reuters in July. Indeed, in a poll of Chinese citizens, The Global Times found that 54 percent of the country would have rather voted against Secretary Clinton, finding her adversary more amenable to Chinese interests.

China’s favor has not kept the president-elect from expressing hostility toward China. At one point, he posted on Twitter that climate change “was created by and for the Chinese,” thus proposing to increase of coal use and to leave the landmark Paris climate agreement signed last December.

The leading rumor in Washington is that the appointee for the U.S. Environmental Protection Agency (if the agency is not abolished, as promised during the campaign) will be Myron Ebell, who has denied the existence of man-made climate change. With Ebell at the helm of the EPA, the president-elect will look to remove regulations on carbon emissions for the coal industry.

Bringing back coal as a source energy would seem counterproductive to economic growth. Many economists and energy industry specialists, including those at the Energy Information Agency, have long hailed the death of the coal industry as renewable energy becomes cheaper and coal reserves begin to dwindle globally.

For the United States to dramatically increase coal production as the would require withdrawal from the Paris agreement, which the United States signed on April 22. The agreement aims to keep the rise in global temperature under 2 degrees Celsius by capping national carbon emissions.

It may be more difficult to leave the deal than the president-elect claims. Scientific American notes that the legal framework of the document requires any party to undergo a four-year process to leave, which would require a hypothetical second term to complete the withdrawal. The process also imposes an allowance for increased carbon emissions so incremental that job growth in the sector would be slower than expected.

Aside from the Paris agreement, the president-elect has said that he will be “tearing up” the historic Trans-Pacific Partnership. Both he and Secretary Clinton and the President-elect rallied against the trade deal negotiated by the Obama administration. Senator Charles E. Schumer of New York, who is expected to become the Democratic minority leader, told labor leaders two days after the election that the deal was effectively dead.

The end of TPP spells a near-total end for President Obama’s “pivot to Asia” policy, and will only push Asian allies who signed the deal away from the United States.More than hindering trade with the rapidly industrializing Pacific Rim, the results of the election have increased the volatility of the market, and the Dow Jones industrial average plunged more than 800 points over the course of election night before rallying on a smaller scale on Wednesday morning.

The economist and New York Times columnist Paul Krugman has warned of another global recession. If markets do not firm up in the coming months, the anticipated December rate hike from the Federal Reserve will be postponed, and global counterparts will have to do the same, as London, Shanghai, and Mumbai all suffered major market drops themselves in the wake of Secretary Clinton’s loss. Krugman goes so far as to warn that “you can bet that the Fed will lose its independence, and be bullied by cranks” as the new administration moves into the White House.

In addition to the Paris agreement and the TPP, the Iran nuclear deal, which the president-elect sees as a pathway for Iran to develop a nuclear bomb, is at risk of being dismantled. CNN reports that his promise to “renegotiate” the deal will only place it in more legal limbo.

A letter written by Republican lawmakers in March 2015 to the leaders of Iran undermined the authority of the negotiation before it was even signed. The Washington Post reports that Iran has been testing missiles in defiance of the deal since its signing, and would have little incentive to stop given the unpredictability of America’s new president.

Further into Middle East policy, the president-elect has stood by his campaign promise to shut the borders to Syrian refugees, putting a disproportionate fear of terrorism above the humanitarian obligation of the United States.

Refusing Syrian refugees, along with the president-elect’s proposal to move out of Middle East affairs, has been lauded by President Bashar al-Assad of Syria, the Independent reports. Assad had been concerned by Secretary Clinton’s policy to aid the Free Syrian Army.

Assad’s greatest ally, President Vladimir Putin of Russia, was also victorious in Clinton’s loss, and was the first foreign leader to congratulate to the president-elect. Russia Today reports that, in an address to the Russian Duma, Putin expressed that he “looks forward to restoring relations” with the new American president. The two leaders have exchanged compliments on each other’s leadership over the course of the campaign.

Putin is likely encouraged by the president-elect’s refusal to defend NATO allies who do not pay their fair share in collective security, which has worried smaller Eastern European nations in danger of Moscow’s reach.

As traditional opponents of the United States have become emboldened by Clinton’s defeat, longstanding allies have begun to turn away. President Francois Hollande of France has said that the “excesses” of President-elect Trump made people “want to retch,” reports The New York Times. Chancellor Angela Merkel of Germany has also expressed distaste for her new colleague, noting that she was hoping for another female leader in Secretary Clinton. 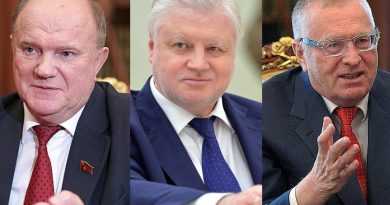 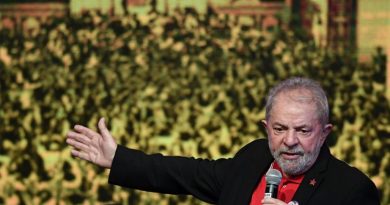 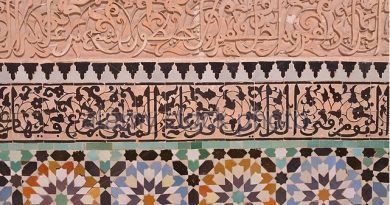