Amid the Russian invasion of Ukraine, information has come out pointing to incidents that could be considered violations of civilian and prisoner of war (POW) rights in many areas of the country. Many experts believe that the actions of the Russian Federation could violate the protection of civilians and POWs during wartime under the Geneva Convention of 1949, Protocol 1, and the Hague Convention of 1907, which Russia is party to, according to Human Rights Watch. Russia and Ukraine are also parties to the European Convention on Human Rights (ECHR), the International Covenant on Civil and Political Rights (ICCPR), and the Convention Against Torture (CAT). This means those states purport to follow international human rights and could be tried if they violate international human rights law during times of war.

Accusations against Russia for violating the rights of civilians and international humanitarian law come from reports of Russian forces indiscriminately destroying homes, administrative buildings, hospitals, schools, water, and electricity systems, according to Reuters. Some of the worst reports of abuses come from the Russian surrounded city of Mariupol, where Russian forces have cut off water and electricity, and are not allowing aid workers in the city, BBC News reports. Russian bombing in the city also hit a children’s hospital on March 9th, killing three people including a pregnant woman and her child, and injuring 17, says NPR.

More potential violations against civilians come from around the Russian-occupied regions of Chernihiv, Kharkiv, and Kyiv, Ukraine’s capital which recently repelled Russian forces. Human Rights Watch has documented eyewitness accounts of laws-of war-violations in these areas including cases of rape, repeated rape, summary execution, violence and threats against civilians, and looting. Reuters furthers these reports, stating that bodies have been found in the region tied up and shot at close range. Mass graves have been found throughout Kyiv and many are still being discovered after Russian forces retreated, including 500 bodies recovered in Bucha alone, according to BBC News. Al Jazeera reports that it is suspected that many of those found were executed by Russian forces on the streets or buried in mass graves while others died due to the bombing of buildings and houses, and a death total has reached over 900. Bodies have been recovered charred and mutilated and the corpses of children have been found, BBC News explains. The NGO Truth Hounds have uncovered that Russian officials gave orders to bomb and attack buildings after Russian forces seized full control of the area while knowing civilians remained in Kyiv.

There have also been reports of the mistreatment of Ukrainian POWs in Russian custody, according to the Ukrainian human rights ombudswoman Lyudmyla Denisova, who says former prisoners have reported being locked in basements and denied food, forced to take off their uniforms, beaten, and intimidated according to Reuters. Denisova says that if these reports are true, this would be a violation of the Geneva Convention. Human Rights Watch also reports that Ukrainian authorities are posting videos of Russian POWs and revealing their names, identifications, and addresses, which the organization states is humiliating and dangerous for the prisoners’ safety and the safety of their families, and may also be a potential violation of the law regarding the treatment of prisoners.

UN High Commissioner for Human Rights Michelle Bachelet believes that Russia may have committed war crimes in Ukraine, stating that her office has verified 77 incidents of medical facilities being damaged, according to Reuters. She explains that indiscriminate bombing is illegal under international humanitarian law, and officials are investigating reports of abductions of Ukrainian officials by Russian forces. The UN Human Rights Council has also voted in favor of a high-level probe investigation of rights abuses in Ukraine committed by Russia, Al Jazeera reports. The Russian Federation also has been suspended from the United Nations Human Rights Council by the UN assembly with a vote of 93 in favor and 58 against with 24 abstentions, according to Associated Press.

President Zelenskyy has also accused Russia of attempting to commit genocide after reports of mass killings, stating that Russia was attempting to eliminate a whole nation from existence, Forbes states. Though war crimes in Ukraine are alleged or speculated by many figures in the international community, accusations of genocide are more debated. Russia’s past actions against Ukraine have resurfaced amid debate over genocide, most notably the “Holodomor” campaign during the Soviet era wherein many Ukrainian towns were purposefully deprived of food if civilians were seen as uncooperative with the occupation of the Russian-led USSR, BBC News reports. 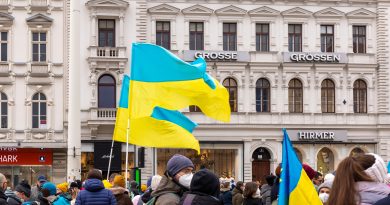 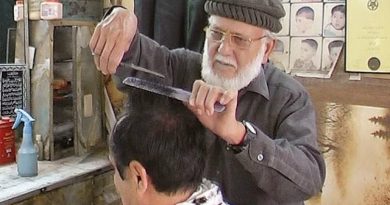 Focus on Miracle Workers: The Barber of Larkana 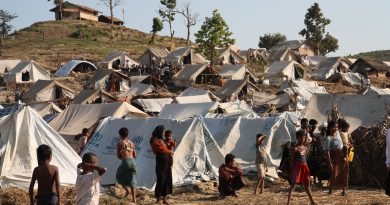