Rajaa Altalli, a Syrian civil society leader, joined Seton Hall’s School of Diplomacy as the Sergio Vieira de Mello Endowed Visiting Chair and as a Fellow in the Center for Peace and Conflict Studies. Ms. Altalli brings her unique perspective and extensive experiences to the School of Diplomacy this spring.

Growing up in Syria, Ms. Altalli experienced first-hand the challenges of the Syrian regime, especially against political activism. When she was twelve years old, her father, Jries Altalli, was abducted and tortured by the Security Political Branch in Damascus and imprisoned for nine years. He was a member of an opposition political party that was mainly fighting for democracy in Syria, Ms. Altalli said. In 2011, when the Syrian revolution began, she had “hope of change.”

“I dreamed that no Syrian family would have to go through what my family went through because of the political activism of my father,” she said. “The Syrian regime made the decision once more in 2011 that freedom is not allowed, democracy is not an option, and that many more Syrian families should experience the loss of loved ones.”

In 2011, Altalli co-founded the Center for Civil Society and Democracy (CCSD), which aims to advocate for Syrian democracy and support Syrian civil society. To include the diverse opinions of Syrian society, Altalli made sure all provinces in Syria were represented and tried to include all ethnic, religious, political, and sectarian divides, including ranges of age and sex.

In leading CCSD, Altalli said facing challenges was a “daily routine,” especially in “leading the effort for more effective women and civil society participation in the political process in Syria.”

“It was important to acknowledge the challenge we were facing in our fight, with negotiation parties and from regional and international actors, but also from the society of and the long conflict in Syria,” Ms. Altalli said. “The security challenges that people faced, including myself and the team, have been very difficult to navigate. Supporting each other and taking the time to ensure we were there for each other was essential.”

According to Ms. Altalli, being a liaison between grassroots networks and international decision-makers is a “full-time commitment.”

“I make sure to listen carefully to the requests and the needs from the local communities. I rephrase them in a way that fits the international and diplomatic framework,” Ms. Altalli said. “At the same time, I keep [in] my compass of the need for an integrated peace and justice framework for Syria which is inevitable to achieve the sustainable peace and the political transition based on Security Council Resolution 2254 (SCR2254), a resolution that the peace process in Syria is based on.”

In Ms. Altalli’s career, she had focused much of her work on women’s peace and security (WPS) agenda around SCR1325 and its implementations, by including and empowering women, especially Syrian women in all aspects of the peace process.

“Syrian women have actively participated in the fight for freedom and democracy in Syria, and they need to shape the future of their country through participating in the peace process,” Altalli said. “Women make up more than half of the Syrian society, they bring different perspectives of peace and security to the table, and they contribute a lot in local peacemaking,” she added.

Ms. Altalli said that one triumph for women’s peace and security in Syria was establishing the Women’s Advisory Board (WAB) for the UN Special Envoy office facilitating the Syrian Peace Process. She also described how Syrian civil society was able to ensure around 28-29% of women’s participation in the Syrian Constitutional Committee, which consists of 150 Syrians working to write the new constitution in Syria. Her initial demand was 50% of women to be represented in the committee.

“Civil society did many workshops for women to create a more gender-sensitive constitution and had advocacy missions and conferences to demand that women were involved in the constitutional process,” Ms. Altalli said. “Unfortunately, we are far from reaching full commitment from the different Syrian parties regarding women’s participation in the peace process and regarding the adoption of the international conventions to protect women’s rights and human rights.

Altalli said that an important agenda item for her and CCSD is on Youth, Peace, and Security (YPS). Around the world, little work is being done to include young people in peace and security since the adoption of SCR2250. “Students are a youth force,” Ms. Altalli said. She advises all youth, even if they do not live in a place of conflict, to look at their everyday lives and contribute to stability in their communities.

“I am very inspired by youth and their long journey,” Ms. Altalli said. “Students in the field of international relations and world security can play an important role in more effective implementation of the WPS and YPS agendas,” she added. 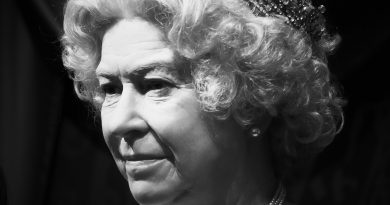 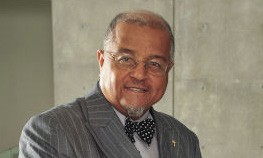 A Discussion on Race and Inequality with Rev. Dr. Forrest Pritchett