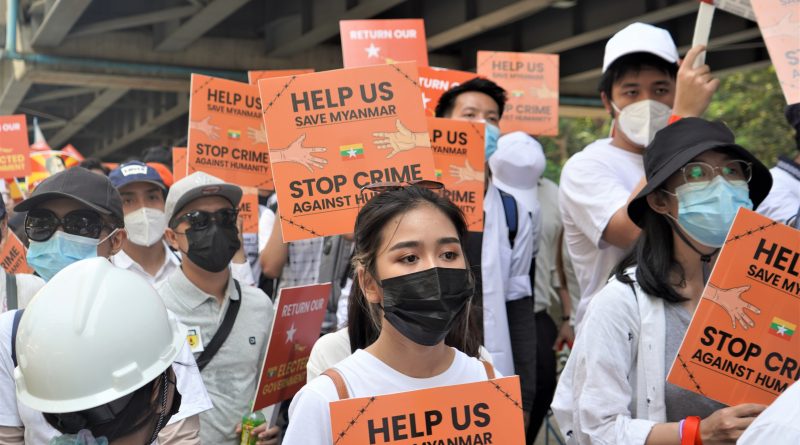 One year later, the nation is still in chaos, with military rule only exasperating the ongoing humanitarian crisis, reports The International Rescue Committee. The IRC’s director for Myanmar, Alan Moseley, explained that “the economic impacts of the military taking power and COVID-19 have been enormous; public services are failing, and more than 14 million people will need humanitarian assistance in 2022.”

The coup has claimed the lives of about 1,500 civilians since its start, leaving roughly 11,800 detained and 300,000 displaced, Reuters explains. The junta has become known for its use of deadly force; many of the murders committed are considered crimes against humanity under international law, and have been primarily targeted towards ethnic minorities in Myanmar including the Kachin, Shan, and Rohingya. At the beginning of the coup, the Junta warned citizens against protesting on the state-run MRTV channel, airing a message telling citizens to “learn from the tragedy of earlier ugly deaths that you can be in danger of getting shot to the head and back,” reports Human Rights Watch. A day after the announcement, over 150 people were brutally killed.

The junta’s effort to gain control of the nation has faced a significant amount of civilian resistance, with hundreds of thousands of civilians joining the Civil Disobedience Movement, an anti-coup campaign. Myanmar’s public healthcare system has virtually shut down due to the coup, with doctors refusing to recognize the regime’s leadership. One doctor told BBC News that “For as long as the military junta stays in power I will not return to work…I do not want to recognize their authority in any way.” Civil disobedience has also affected many of the country’s transportation routes and its banking system.

Poverty rates within the nation are expected to triple in 2022. The United Nations estimates that the number of people living below the poverty line in the country could double to 46.3 percent, while urban poverty is expected to triple to 37.2 percent, Reuters reports. Since the start of the COVID-19 pandemic, 83 percent of households have experienced a drop in income, exacerbated by the military coup, , Al Jazeera explains. As healthcare workers and public health staff continue to join the Civil Disobedience Movement, COVID-19 rates continue to grow, aided by extreme poverty in combination with a lack of access to vaccines and other health-related items.

The Global Climate Risk Index identifies  Myanmar as a country highly at risk from the climate crisis, but with the military junta still in power, sustainability efforts and climate resilience developments have been paused. The Director of Myanmar’s Centre for Responsible Business told Al Jazeera that, “development partners seem frozen since the coup, and private sector investors instinctively now view Myanmar as high risk and look to alternatives in Southeast Asia, even though climate investments there may have as many problems in practice as Myanmar.”

Junta officials were barred from attending the COP26 Summit in Glasgow due to international protests over their rule, leaving Myanmar without a representative, Al Jazeera continues. A senior representative of an armed group in Myanmar stated that, “because of the coup and political crisis, it has become more difficult to address environmental challenges. For one, more and more international investors and partners have withdrawn from Burma… the Burmese military leader will rely on natural resources to resolve their financial problems. Not only this junta but also successive regimes in the previous State Peace and Development Council [SPDC] era.”

“We are still living in a dark era,” said Myanmar citizen Htoo Aun to France 24. Though Junta generals have stated that elections will be held in 2023, the continuation of violent massacres on innocent citizens and a year full of political turmoil leave no definite way of knowing when the coup will end. 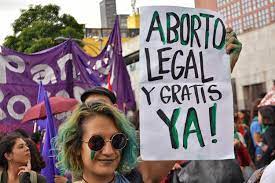 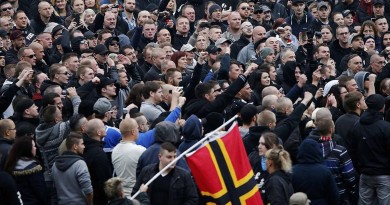