The government’s strategy to control a previously laissez-faire economy threatens to destroy Evergrande.  In August, the Chinese government introduced the ‘three red lines’ legislation to limit reckless loans, alleviate the over leveraged real estate sector, and prevent financial reckonings like the 2008 global crisis. Evergrande’s financial strategy consists of pre-selling contracts to investors who pay a deposit, sometimes 100 percent, and wait for the company to develop the project. However, the new legislation places great tension in Evergrande’s ambitious property developments.

Evergrande’s operations came to a halt after banks began restricting their loans. The real estate giant faces a capital crunch that has delayed payments to workers, third-party employees, and even its biggest bondholders. Now, thousands of Chinese investors are demanding reimbursement for their home deposits, according to The Irish Times. Evergrande is requesting a government bailout for their $330 billion debt as executives hope the company is perceived by the state as “too big to fail,” reports Reuters. Nevertheless, the lack of clarity regarding Evergrande’s investors leaves many people wondering who will take the collateral damage.

Financial defaults from such a prominent property developer could have a lethal impact on the Chinese economy, and analysts caution overseas markets about a potential global crisis. In recent weeks, the firm lost over 80% of its value on the Hong Kong stock market. In an attempt to relieve investors, the company said it would pay off domestic bonds of $35.9 million, reports . However, they did not offer any insight into the colossal debt tied up in foreign bonds, raising eyebrows about a possible contagion effect in other industries. According to , a potential default may leave millions of people jobless, contractors in bankruptcy, and families out of savings.

China and Evergrande blossomed together in the last three decades, making Chinese real estate a bastion for the development of generational wealth amongst the population. The real estate paragon turned many of China’s rural areas into prestigious urban complexes for the growing middle-class. Now, a South China Morning Post video shows a protester voicing her anger at Evergrande’s situation by threatening to “jump off a tall building” if the company does not return her deposit.

Similar to the current situation in China, when Lehman Brothers collapsed in 2008, hundreds of American investors, whose lifetime assets were liquidated in the default, immediately took their own lives, according to The New York Times. The crisis was a blow at America’s promise of generational wealth, and small businesses and individuals today are still reeling from the fallout.

Evergrande has offered to pay back, through installments, property or payables and hired top financial advisers to create a viable solution. However, default would rob millions of immediate recovery. If the company faces bankruptcy, property prices will fall, complicating its ability to finish projects or pay loans and causing the liquidation of more of the company’s assets.

Evergrande composes almost  20 percent of  China’s gross domestic product, and its current financial forecast has unleashed a media frenzy. Headlines project that Evergrande’s potential failure could take several banks down with it, and in turn has created an atmosphere of uncertainty around the full-scale ramifications of its collapse. A report from Forbes outlines how Nevertheless, in the world of finance and real estate, stability usually makes its way back.

When COVID-19 hit, financial operations came to a halt, and China’s GDP shrunk 6.8 percent in the first quarter. In the United States, stocks plunged, causing companies to block trade when millions of investors began selling their positions, as reported by CNBC. The situation opened up a sea of opportunities for new investors who were willing to suffer momentary losses because the economy would inevitably have to recover at some point. According to CNBC, a year after the pandemic began, young investors helped recover 79 percent from the lows of 2020.

COVID-19 and Evergrande’s potential default are not so different. The parallel demonstrates people’s ability to reshape the financial arena. While Evergrande’s default would result in a devastating loss for millions of people and may even spill onto different industries, it does not equate to eternal failure for the Chinese economy. Nevertheless, Evergrande may be showing an even more important fact, China’s rapid economic growth  has limitations. A real estate bubble to accelerate the nation’s economy is bound to have consequences for its wild financial model. 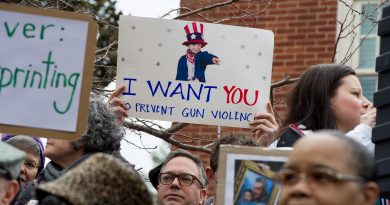