To protest a newly proposed media tax, dozens of independent media outlets in Poland decided to suspend new coverage and other programming on Wednesday, February 10, with various television screens, web portals, and front pages blank or blacked out for over 24 hours. A letter signed by approximately 45 media companies was published to Polish authorities citing that the tax on advertising revenues was a disguised attempt to weaken the freedom of the press and silence criticism. Described as “scandalous” and unfair, the tax was proposed by the government to raise money to supplement state finances, which have dwindled greatly due to the global pandemic. The media companies protested this reason, as they already pay many taxes and the addition of a new one could push some of the companies to financial collapse.

The Polish government began limiting the abilities of independent media outlets prior to the announcement of the new advertisement tax. According to The Washington Post, Poland has dropped to 62nd, down from 18th place, in a global press freedom ranking done by Reporters Without Borders, the world’s biggest non-governmental organization in the safeguarding of media freedom. This drop comes after  the government replacing journalists working radio and TV stations and trying to suppress independent print media outlets, such as Gazeta Wyborcza and Polityka, by limiting public advertising.

The “solidarity” tax, according to Reuters, will charge media companies between 2 percent and 15 percent to go towards healthcare and culture projects, and is expected to take effect later this year. In addition to television and radio broadcasters, internet media companies, and print outlets, both cinemas and those operating outdoor advertisement displays will also be affected by the tax. However, state media will be exempt, which according to The Guardian, was foreseeable as state-run outlets are often used by the government to publicize and spread propaganda.

The United States and the European Union have criticized the Polish government for the new ad tax and have stressed the value of media diversity. According to Bloomberg, during the protest on Feb. 10, the U.S. embassy located in Warsaw, Poland, tweeted that “free media is the cornerstone of democracy.” Christian Wigand, the spokesperson for the EU’s executive arm, emphasized that the EU expects that Poland and other members “ensure that their fiscal or other policies will not affect the duty of ensuring a free, independent and diverse media ecosystem.”

The EU also accused Poland of imitating Hungary, whose government has infringed on media freedoms, most recently through closing Klubradio, one of the last remaining independent radio stations in Hungary. Both countries have been accused of underming democratic values and transitioning from being known as models of democracy to supporters of communism.

The Polish government, led by the right-wing Law and Justice Party, has announced that it is now working on rewriting the media tax to make it less restrictive. This comes after widespread criticism from the media firms, critics abroad, and, most notably, the party’s coalition partner. The Agreement Party, part of Poland’s coalition government, does not approve of the current version of the media tax. Without its approval, according to the The Hill, Poland’s Parliament is unable to pass the measure. Spokesperson Piotr Mueller said, “We are reviewing all the suggestions made by various media groups and other interested parties.” As stated by the Associated Press, the Polish government anticipates that the redrafted tax will be enacted by July 1. 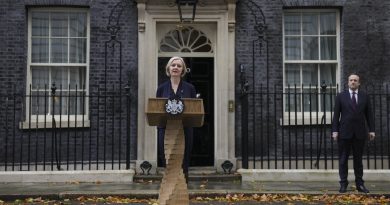