Montenegro and Serbia engaged in a diplomatic dispute that led each country to dismiss their ambassador from the host country. The Serbian ambassador to Montenegro, Vladimir Bozovic, had supposedly made an inappropriate comment about Montenegro’s history. An assembly in 1918 abolished the kingdom of Montenegro’s sovereignty to unionize it with Serbs, Croats, and Slovenes that later became Yugoslavia. After the fall of Yugoslavia, Montenegro was again united with Serbia until it declared its independence in 2006. BBC News reports that Ambassador Bozovic called the disappearance of the sovereign state “liberalizing” and “a free expression of people’s will to unite with fraternal Serbia.”

Ambassador Bozovic’s comment caused an uproar in Montenegro, who condemned the assembly for taking away its statehood. Tensions have been growing in the Balkan region for decades due to ethnic disputes, primarily with Serbia. Serbians with nationalistic mindsets, continuously attempt to claim that Montenegro and Kosovo are a part of Serbia, while  others desire Montenegro to remain independent as a western ally, as it has been under President Milo Djukanovic. The diplomatic dispute has driven  a wedge further between Serbs and Montenegrins. Boris Raonic, president of Montenegro’s Civic Alliance organization told Al Jazeera that he does not believe relations could get worse.

Balkan Insight explains that this is not the first instance where Ambassador Bozovic’s made controversial comments. For a Serbian ambassador in Montenegro, it is important to be mindful of other ethnicities in the country such as Montenegrins, Albanians, and Bosniaks. According to Politico, after Ambassador Bozovic was expelled from Montenegro, Serbia reciprocated by giving Montenegrin Ambassador Tarzan Milosevic 72 hours to leave the country. A day later, Serbia revoked its decision after their Prime Minister consulted Serbian President Aleksandar Vucic and Montenegrin Serbs. Good relations are important now more than ever, as both parties are candidates to join the European Union and Montenegro is in the aftermath of an election. The foreign ministry of Serbia issued a statement condemning Ambassador Bozovic’s comment and assured further cooperation.

With the election of a pro-Russian and pro-Serbian coalition in Montenegro, rising tensions may be inevitable despite efforts for the contrary. However, leaders are remaining optimistic, with Montenegrin Prime Minister Krivokapic tweeting that “we will promote a truly good neighborly policy with Belgrade, as well as with everyone in the region, on the principle of sovereignty, independence and noninterference in the internal affairs of other countries.” According to RFE/RL, the current situation will work to improve relations. The role of the foreign ministers, ambassadors, and presidents are key to preserving peace in the region. 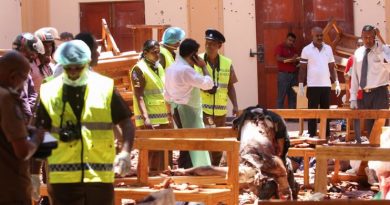