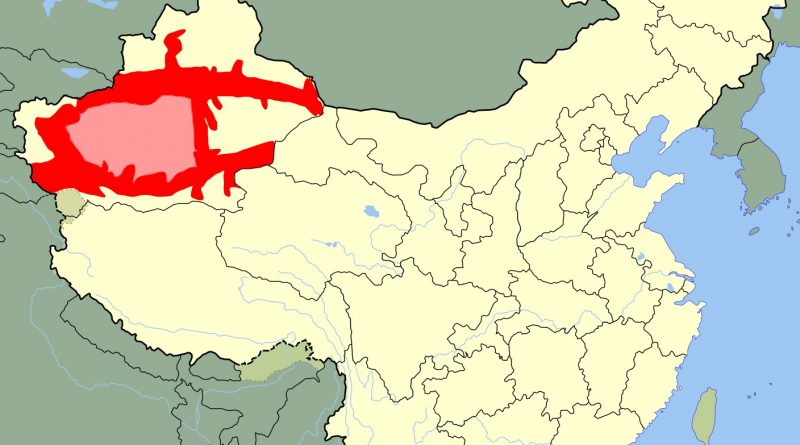 The government of the People’s Republic of China is receiving growing international criticism from the public, governmental bodies, and organizations for  their mass incarceration and torture of ethnic minority groups in Xinjiang province. According to The Washington Post, a public tribunal in London plans to hold hearings next year investigating claims that the Chinese government is committing genocide against its Uighur ethnic group.

The tribunal has been urged by many experts in the international community to investigate the mass forced movements and imprisonments of ethnic minorities over concerns of a possible genocide. Hearings will take place somewhere around next year and will be led by Barrister Geoffrey Nice, a notable human rights lawyer, who led the prosecution against the former Serbian president Slobodan Milosevic.

Barrister Nice was urged by the World Uighur Congress to inquire into claims that the Chinese government is committing atrocities against Uighur and Kazakh ethnic minorities.

According to the Associated Press, the tribunal is in the stage of collecting evidence, including testimony from Uighur exiles and possibly from former camp security guards. Nice explained that the strongest pieces of evidence for genocide include the mass incarcerations and evidence of sterilization, the latter of which he believes breaches the Genocide Convention of 1948. An additional investigation by the Associated Press also found strong evidence of forced sterilization and eugenics being performed in the camps.

Despite the tribunal not being backed by the British Government, it is one of the first investigations into this issue on a strong legal basis, which may allow for further legal and governmental action against the People’s Republic of China for human rights violations that it may have committed.

Aside from the London tribunal, the governments of some nations are also starting to speak out against China. A report by Al Jazeera indicates that the European Union confronted the Chinese government about its reported human rights abuses, asking for EU observers to be allowed into the region. While the Chinese foreign ministry responded saying they were welcome to visit the region, the ministry did not indicate if the observers would be allowed to travel freely when in Xinjiang.

According to another report by Al Jazeera, the United States is refusing some imports of cotton from the Xinjiang area after reports emerged that cotton is being sourced from exploited labor in the camps.

Besides governments and organizations, many professionals have also been speaking about the current crisis. Anthropologist and researcher on the camps in the Xinjiang region, Adrian Zenz, gave an interview with NPR on his findings and stance on the current crisis. Zenz explains that he believes that the incarceration of ethnic Uighur and Kazakh minorities is the largest mass incarceration and movement of ethnic minorities since the Holocaust, with an estimated 1.5 million currently being held in what the Chinese government calls “Re-education camps.” Zenz also elaborates more on his findings that the Uighur minority is being sterilized with several birth control methods being forced onto women.

Due to these findings, Zenz claims that the crisis could constitute an active genocide under the United Nation’s stated criteria for genocide. Zenz explains, “The reason why now this has changed – we do need to probably call it a genocide – is quite simply because the evidence now, for the first time, very specifically meets one of the five criteria set forth by the United Nations Convention for the Punishment and Prevention of the Crime of Genocide from 1948, which specifically says the suppression of birth.” Zenz believes testimony from those incarcerated is becoming increasingly worrying, with reports of forced sterilization, rape, and torture.