To justify conflicts in the Middle East on solely political lines is to ignore centuries of Islamic civilization history.  Islam’s two major sects, Shia and Sunni, have been at political odds since the beginning of the 1970s, and ideological odds since the Abu Bakr vs Ali leadership dispute in 632CE. Muslims have been at war with each other and other faiths in the Middle East much longer than they have been with the United States.

According to Dale Eickelman of the Washington Institute, ethnicity is defined as the way individuals group themselves based on language, race, place of birth, and shared history. He stated, “Many Muslims believe that Islam is the ‘firmest tie,’ and therefore ethnic and religious sub-entities cannot exist within an individual.”

According to a 2014 Pew Research Center study, the median level of religious hostilities in the Middle East and North Africa were four times that of the global median. It also reported that Israel, Iraq, Syria, Yemen, Lebanon, and the Palestinian territories had “very high” levels of religious hostilities. These include killings, kidnappings, harassment, intimidation and displacement. The study stated that the region had the largest share of religion-related terrorism, supplying evidence of religious ethnic cleansing in Iraq and claims that Christian converts were forced to worship in secret in fear of stigmas.

According to the Pulitzer Center, there are three significant ideological differences between the two sects. First, Sunni Muslims hold the companions of Prophet Muhammad in high esteem and chose Abu Bakr to be his successor. Shia Muslims believe that the Prophet’s rightful successor could only be from Muhammad’s bloodline, meaning Ali ibn Abi Talib, Muhammad’s cousin and son-in-law, was the rightful heir.

The second dispute is over the figure of Aisha, Abu Bakr’s daughter and one of the Prophet’s wives. Despite the fact that the Qur’an professes her lack of extra-marital affairs, some Shia believe she committed adultery while married to the Prophet. Nonetheless, Sunnis believe anyone who doubts the Qur’an is a heretic.

Lastly, Sunnis believe that support for a ruler, even if said ruler is unjust, is a religious obligation. The Shia, however, believe in the Doctrine of the Imamate, which directs their loyalty to direct heirs of the Prophet beginning with his son-in-law. However, according to Shia texts, Ali and his 10 successors were by rival Sunni Caliphs.

A Salafi is a member of a strictly orthodox Sunni Muslim sect advocating a return to the early Islam of the Koran and Sunna. Bassam al-Zarka, a sophisticated and highly educated Salafist leader in Egypt, told the Pulitzer Center that secularism is not the solution. “Trying to plant the seed of secularism in Muslim societies is like trying to plant a tree near the equator,” he said. He holds firm that various interpretations of Islam should be accepted, including the practices of Shia Muslims. Some Sunni Salafists believe Shia Muslims are kufar, or unbelievers. “Whoever doubts God is kufar. But I disagree with those Salafists who say the majority of Shia are kufar,” he added. “They are dhalal, which means ignorance and deviating from righteousness.”

Al-Zarka’s views are not widely shared among groups like ISIS or Hezbollah. To them, discerning between true Muslims and the kufar is a question central to their extremist missions, particularly since the Arab Spring uprisings in 2011. The collapse of artificially created colonist nation-states shifted the emphasis from national to religious identity.

Even at the individual level, Twitter feeds and television shows in Arabic media are hostile, aggressive, and blatantly religious in nature. “Some Sunni Salafists with 12 million to 14 million Twitter followers tweet against the Shia night and day,” al-Zarka said. Violence stems from this dialogue as both sides believe the other is trying to extinguish their sect. For example, Egypt is comprised of less than one percent Shia. Nonetheless, many Egyptians still believe domestic Shia pose a threat.

Elsewhere, Israel stands as one of the hottest “conflict states” in the region.  A conflict state is comprised of two different groups within one state attempting to gain mutual recognition, secure borders, national rights, and overall control.  While such disputes always have multiple causes, religion is also a factor.

According to BBC, European empires dividing the Middle East as spoils of World War I thought that straight lines equated to less complicated borders. In 1916, despite their knowledge of the intricate ethnic landscape of the Levant, Mark Sykes and Francois Georges-Picot of the British and French governments agreed to divide the Levant region in half for their nations to colonize.  This division had no regard for pre-existing tensions and expected disparate local demographics to reside together peacefully.

Following World War I, the common struggle against European imperialism encouraged cultural cohesion among Muslim sub-entities, according to Moshe Ma’oz at the Washington Institute. When Western forces left, they took with them the common enemy, and native citizens were forced to turn their fight against each other. These lines became key factors in the rise of militarist regimes.

BBC also reports that the intention to divide the Levant caused a sectarian disturbance. Lebanon had been envisioned as a haven for Maronite Christians and Druze, while Palestine was to be given to the Jews. The Bekaa Valley between the two countries would be left to the Shia Muslims, and Syria would be designated for the Sunni Muslims. These borders did not follow the ethnic distinctions that existed on the ground, and more infighting ensued.

Elsewhere, this imperialist-inspired fighting continued.  In 1979, protests erupted against the American-backed Shah of Iran, and the United States Embassy was overrun by later that year.

Today, many are surprised by perceived Iranian threats to American interests in the Middle East over four decades later. According to the New York Times, in early May 2019, following supposed intelligence on the threat of an imminent Iranian attack in the Middle East, the United States readied forces for broader conflict in the region.

Along with shoring up regional military command and evacuating diplomatic personnel from the American Embassy in Baghdad, have been moved into the region. No specific details regarding the threats were given by the Trump Administration, but European allies remain skeptical given America’s history of faulty intelligence, specifically that which led to the 2003 invasion of Iraq.

The New York Times added that Iran also plans to end compliance with its obligations to the 2015 nuclear deal with the United States, China, France, Germany, Russia, and the United Kingdom. The deal’s intention was to mitigate Tehran’s nuclear goals with relief from economic sanctions.

In 2018, Trump pulled the United States from the nuclear deal, leveled Iran’s oil exports, and labeled the paramilitary Iranian Revolutionary Guard Corps a terrorist group. This chain of events has led to a rise in bilateral tensions since the president has taken office. “Something as simple as the very insulting language [that the Trump Administration uses], which is political and by choice, is not the language that works with the Islamic Republic of Iran,” said Sanam Vakil, a senior research fellow in the Middle East and North Africa program at Chatham House, a research group in London.

Iran claimed to have stolen and reverse-engineered a sophisticated American surveillance drone in 2011 despite the United States’ demands for it to be returned. In 2016, the Iranian Navy captured 10 American sailors and forced them to kneel in surrender. However, have also played the role of aggressors, shooting down an Iranian commercial airliner in 1988 after it was mistaken for an attacking fighter jet. The incident killed 290 people, including 66 children.

According to CNBC, Trump aims to cool tensions in the Middle East, but Iran is not interested in negotiations. As a result, oil prices and military tensions will steadily escalate. “There’s just very limited trust between both sides,” Vakil added.

Iran, with a population of more than 80 million, is the second most populous country in the region, second only to Egypt. Additionally, it is the second largest economy in the Middle East and North Africa, according to the World Bank.

Americans should be skeptical to compare the recent military posturing to the mistaken invasion of Iraq in 2003 because in the prior conflict, a Shia Muslim majority was governed by the Sunni Muslim minority. Today in Iran, the majority Shia population is represented by its own sect.  Additionally, Iran is protected by a network of regional proxy groups, meaning American conflict with armed forces could result in a guerrilla war.

“There is a very clear divide with the trans-Atlantic allies as to how to handle this crisis,” said. “Europe is prevailing upon the United States to be calm and measured in their response.

You can see very clearly their frustrations that this is a manufactured crisis.” Middle Eastern allies have also been restrained on the issue. The United Arab Emirates, Saudia Arabia and Israel, which have all been supportive of Trump’s Iran policies, have been silent. “By no means does the region want to absorb the pain of a conflict with Iran,” Vakil added.

Military maneuvering and Iran are related topics. The Strait of Hormuz is a narrow waterway that connects 40 percent of oil tanker traffic through the Persian Gulf. Since 1980, Iran has threatened to mine the waterway, but the American Navy’s Fifth Fleet patrols the region from its base in Bahrain and vows to stop threats to maritime traffic.

Today, the region is left with an endless cycle of conflict and cleanup. Returning to issues in the Levant, President Trump commented, “IS has committed horrifying atrocities against religious and ethnic minorities in Syria and Iraq, including Christians, Yazidis, Shia and other groups.” According to the Economist, in December 2018, the President signed legislation aiming to help groups in Iraq and Syria that were targeted.

The world is past the high point in the lobbying effort made by a coalition of the mobile diaspora of Middle Eastern Christians. Feeling their brethren were under attack, Conservative American Christians have lobbied for American policies to be more protective of Middle Eastern religious freedom, yielding policies like the Iraq and Syria Genocide Emergency Relief and Accountability Act. Introduced by Republican Congressman Chris Smith, Americans have worked to broaden legislation that binds American governments to monitor and protect liberties within the countries it created or helped create.

When considering tensions beyond the Persian Gulf, American policymakers should take care not to wear blinders to everything but current posturing. Diplomatic relations should be country specific, and to expect the same type of loyalty from Middle Eastern states as European ones is ignorant.

In the same way, interacting with Iran in the same manner as fifty years ago is misguided. It is important to remember the history of the entire region as these countries are manufactured and the people within are scattered and infused with thousands of different sub-entities. Religious tensions are present in all things in the Middle East, and therefore should not be excluded from policy and foreign understanding. 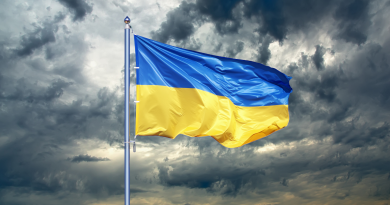 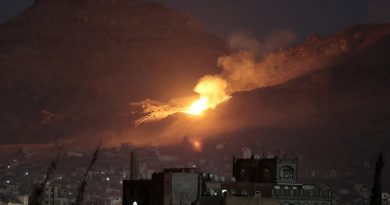