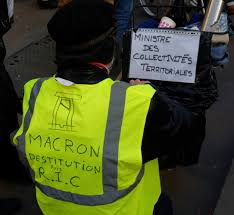 Throughout France, the high-profile Yellow Vest movement continued into its 13th week of protesting against French President Emmanuel Macron’s government, according to Time Magazine.  Over 2,000 people have been injured since protests broke out on November 17, 2018 and 10 people have been killed in traffic accidents stemming from protestors blocking off roads.

As the Protests continue, there have been an increasing amount of eye injuries among protestors caused by rubber balls shot by riot police. Frank Dideron, 20, who claims to have been peacefully protesting, was on the phone with his mother when he was hit in the eye with a rubber ball, according to Time Magazine. France24 reports France’s Council of State ruled on February 1 that security forces were justified in utilizing the high-velocity rubber balls against protesters. The Council also noted the frequency of violence, property destruction, and deviation from approved protest routes.

Advocates and self-proclaimed members of the Yellow Vest movement denied taking part in any violence towards police. The nationwide protests, which have gained international attention,  numbers upwards of 100,000 people. Other groups within the protests are being blamed for the violence. Anarchists, known in France as casserus, are far right and far left radical groups that have vandalized sites such as the Tomb of the Unknown Soldier, causing upwards of $3.4 million in damages, reports NPR.

The Yellow Vest movement first arose in reaction to a green fuel tax announced by President Macron as part of his environmental policy that went into effect on New Year’s Day. According to NPR, several truck driver unions and commuters from rural areas expressed frustration with the tax because of the increased cost to commute to work. Middle-class workers have also expressed their frustration with the diminishing standards of living, as many feel their incomes are too high to qualify for social welfare, but too low to make ends meet.

The name of the Yellow Vest movement stems from the bright yellow traffic vests that protesters wear. French law requires all motorists to carry yellow vests in their cars, which were used when the first protestors began to block traffic.

The movement’s ability to effect change has been questioned because of its lack of centralized leadership.  France24 reports that the first two leaders emerged after creating an “official” Facebook page before protests broke out in November 2018.  Priscillia Ludosky and Eric Drouet, the creators of the page, attended a meeting with Environment Minister Francois de Rugy in November as representatives of the movement. Since then, Drouet was arrested for an illegal protest and has since called on others to raid the Élysée presidential palace. Ludosky has maintained a more peaceful stance, highlighting the lack of unity within the Yellow Vest movement.

In response to the protests, President Macron started a two-month long national tour on January 15 to speak and debate those opposed to his recent policy, reports The Local.  The president temporarily suspended the tax when protests turned violent in December 2018. Rumors have also surfaced that Macron may hold a referendum on May 26 asking the French public if they feel it is necessary to reduce the number of national lawmakers and implement term limits. This date is particularly important because elections for the European Parliament will also be held then.

Expectedly, President Macron’s opposition, such as Marine le Pen and the Les Republicains Party, has called this possibility a “distraction from the election – which was decided before the debate tour.”  Many have argued the referendum would solve nothing for the majority of French citizens and reinforce the criticism that President Macron is out of touch and continues to implement policies that benefit the rich. 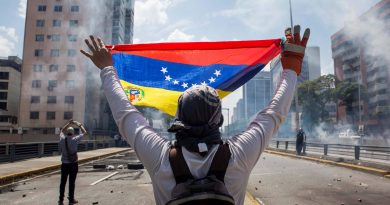