In 1962, a confidential 69-page document was sent to every bishop in the Roman Catholic Church. Bearing the seal of Pope John XXIII, it outlined explicit instructions on how to deal with allegations of clerical sexual abuse, calling for victims to take oaths of secrecy and threatening dissenters with excommunication. Described in The Guardian as “a blueprint for deception and concealment,” the letter stands as verified proof that the Catholic Church enacted an official policy condoning the systemic concealment of abuse and silencing of victims.
Fifty years later, the Catholic Church is still dealing with the ramifications of such a policy. At least 37 countries and territories have reported incidences of sexual abuse by priests since 2001, according to the organization Bishop Accountability. Of those 37, 24 alleged new cases of abuse within the first seven months of 2018 alone.

In April 2018, every Chilean bishop offered his resignation in response to international backlash regarding the cover-up of clerical sex abuse in Chile. Pope Francis accepted three, including that of Bishop Juan Barros, who was accused of being primarily responsible for allowing pedophile priests to continue working with children despite knowledge of past abuse allegations, according to the Los Angeles Times.

This year in Australia, Archbishop Philip Wilson became the highest-ranking Catholic in the world to be charged and convicted of concealing child sexual abuse cases, reported the BBC. According to the testimony of former altar boy and victim Peter Creigh, Wilson was alerted of Creigh’s abuse at the hands of an assistant priest in 1976 and refused to acknowledge any wrongdoing. He later accused a second victimized boy of lying and ordered 10 Hail Mary prayers as punishment. On July 30, 2018, he resigned his position as Archbishop of Adelaide, according to the New York Times.
The recent cases in Chile and Australia illustrate the deeper issue of transparency at hand. Dr. Jo Renee Formicola, a specialist in church-state relations in Seton Hall’s Department of Political Science & Public Affairs, writes that U.S. Bishops “have been unable and/or unwilling to provide information, assure transparency… and be accountable for the crisis and its management that has occurred on their watch in the last two decades.”

This attitude is perhaps most blatant in the methods the Church has used to deal with child abuse accusations in the past. The finding of the Boston Globe’s 2002 investigation concluded that after allegations, Catholic priests often vanish from their assigned parishes. In 2009, Cardinal Roger Mahony admitted to the National Catholic Reporter, “rather than pulling people out of ministry directly and fully, they were moved.”Monetary settlements in exchange for non-disclosure agreements are also a regularity. Between the years 1992 and 2002 alone, the Boston Archdiocese covertly settled claims against 70 plus priests.

Interestingly, while past policy encouraged bishops to deal with abuse allegations in-house, the Church has viewed the issue of clerical sexual abuse as a product of society, not institution. In 1993, Pope John Paul II accused the culture of an “irresponsibly permissive” American society of causing the sexual abuse problem, reported the Los Angeles Times. However, as this model of behavior was also found in dioceses across the world – Brazil, the Philippines, Canada, France, Ireland, England, Italy, Columbia, Venezuela, Mozambique – international allegations refute this viewpoint.
Educational institutions are also not exempt from the issue. Between the years 1954 and 2016, Seton Hall University has found itself in affiliation with no less than eleven priests accused or implicated in cases of clerical sexual abuse.

Despite accusations of “improper touching” at a school in Baltimore, Father James G. Murray continued his active involvement in educational settings, including a position as a featured speaker at Seton Hall University’s Charter Day on February 23, 2007. After the 2005 allegations were reinvestigated in 2011, he was permanently retired to a monitored Jesuit residence, according to the Baltimore Sun.

In 2017, a former student filed suit against both Seton Hall Preparatory School and the Newark Archdiocese, citing that both institutions failed to protect him from “repeated sexual abuse” by Reverends Robert G. Giblin and William M. Gibney. After graduating from Seton Hall University’s Immaculate Conception Seminary in 1954, Gibney served as the Seminary’s Dean of Students from 1957 to 1961 before transferring to Sacred Heart Church in Vailsburg, New Jersey. While there, he was accused of molesting a child between the years 1961 and 1963. Gibney’s specific case was settled by the Newark Archdiocese under Archbishop John J. Myers. William Giblin taught at both Seton Hall Preparatory School and Seton Hall University between 1961 and 1969, eventually assuming the role of preparatory school headmaster full-time. In 2002, Giblin was arrested in Montreal during a child prostitution sting operation on accusations of organizing sexual encounters, according to the Star Ledger. While the charges against Giblin were dropped in 2003 due to lack of evidence, a second involved priest was convicted.

In addition to their responsibilities to the archdiocese, Newark Archbishops also hold positions as Chair of the Board of Trustees and President of the Board of Regents at Seton Hall University. In the past two years, two of them have fallen under intense scrutiny for their roles in covering up sexual abuse.

Archbishop John J. Myers retired from his position as Archbishop of Newark in 2016, shortly after his archdiocese was found to have allowed pedophile priests to continue working with children, according to the New York Times. Previously, Myers had also been accused of mishandling abuse allegations since 1987 as coadjutor in the Peoria, IL diocese, according to the National Catholic Reporter.

Retired Cardinal Theodore Edgar McCarrick was removed from public ministry by The Holy See in 2018 after the New York Archdiocese found “credible and substantiated” allegations of sexual abuse of altar boys. Current Newark Archbishop Joseph Tobin also reported that while McCarrick was archbishop in Newark, he was accused of sexual misconduct by three adults, with the diocese privately settling claims with two of them, according to the New York Times.

In an age of increased media and political transparency, it is no longer unreasonable to expect answers and accountability from religious leaders. There is no more room for clandestine transfers and secret settlements. Indeed, the conviction of Archbishop Wilson and the removal of Cardinal McCarrick highlight what appears to be a turning point for a Catholic Church no longer willing to ignore the pervasive issue of clerical sexual abuse within its ranks.

Special thanks to the research contributions of Staff Writer Tien Phan. 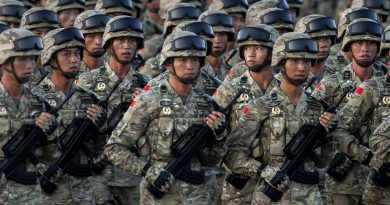 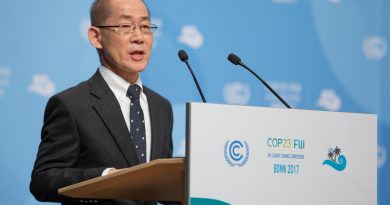 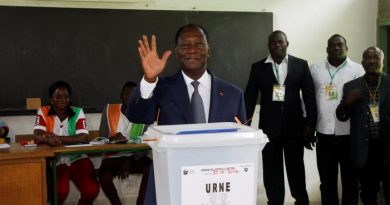