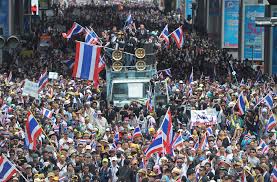 In the city of Chiang Mai in northern Thailand, over a thousand people have gathered to protest against the construction of a luxury government-housing complex on forest land. The protest is one of the largest since the 2014 coup, which led to the current government’s tenure. After assuming power, the junta banned public gatherings of over five people and has increasingly used the military to curb freedom of expression.

Over the past few months, progressive aerial images of the housing project have shown how the complex has expanded into the forested foothills of Suthep Mountain. The Guardian reports that the protesters mainly focused on the environmental issue rather than its political context, dispersing the street gathering once the protest was over. In this instance, there was no use of the military because the protest organizers submitted a valid request to the authorities beforehand.

On the day of the event, people wore green ribbons as a symbol of Doi Suthep Mountain, and demanded that the government “demolish the new buildings within seven days or face more protests.” Since the construction of the housing project began in 2015, it has faced backlash from local environmental groups who regard Doi Suthep Mountain as a sacred place and the “natural lung” for the city of Chiang Mai.

The Nation reports that during the protest, people shouted “te-Kwang”, meaning “demolish” in the northern Thai dialect. The protesters declared that they would be willing to cease protesting under one condition: every structure be removed from the land and the property be returned to forest. The coordinator of the Doi Suthep Forestland Reclamation Network, Teerasak Rupsuwan, stated that people have the right to protect their sacred mountain and forest from any dangers. In addition to the protest in the street, an online campaign was created for people from other parts of Thailand to spread awareness for the issue.

So far, state authorities have defended the new buildings, claiming that they were erected legally on government land. They have insisted that the construction does not pose a threat to the local population or to Doi Suthep Mountain. According to The BBC, the government has used about $32 million to construct the project, which includes both offices and housing.

An additional reason for the protest was the purpose of the buildings. Recently, frustration has grown in Thailand over the “special treatment given to government elites and officials.” This new Chiang Mai housing complex would mainly serve the judges and officials who support the current junta.

According to Aljazeera, officials have claimed that protesters could face serious legal consequences is the housing compound is damaged. The government insists that the “buildings should be used for a minimum of 10 years before reassessing any impact” made on the environment.

The military government of Thailand has promised to hold elections in the upcoming year, and despite the ban of public gatherings, has been faced with ever-increasing public protests. Reuters reports that these activities are a sign of changing dynamics inside the country. Accompanying the environmentally focused outcry, there have been many recent pro-democracy demonstrations in the capital of Bangkok, calling for the military to withdraw its support for the ruling junta government. 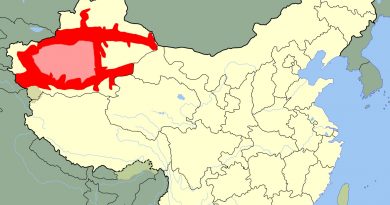 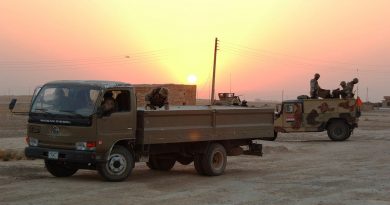