On April 9, the School of Diplomacy and International Relations hosted a talk for current undergraduate and graduate students on understanding global security through a different perspective. Mohamad Mirghahari, a Seton Hall alumnus, offered this different perspective by exploring the life of Emir Abd el-Kader and how his interpretation of Islam may impact views toward Islam in society today.

Mr. Mirghahari, an alumnus of the class of 2002, majored in Communications and Marketing. Mr. Mirghahari received his master of arts in Corporate and Public Communications in 2004, also at Seton Hall University. Notably, he was a Presidential appointee under the Obama administration where he served as Senior Advisor to the Chief of Staff of the Transportation Security Administration (TSA). In addition, Mr. Mirghahari held key positions in the Department of Defense with various missions that critically impacted the security state of the world.

The focus of the talk revolved around Emir Abd el-Kader, an Algerian Muslim who lived during the 19th century in the Ottoman Empire. When the Ottoman Empire was weakened, Algeria became a regency; however, it had to face the French army as France started their conquest in the region. That was the start of Emir’s military career as he was highly regarded by his people, and was asked to lead them in an attempt to not only gain independence, but also to unify other tribes for a stronger state.

Being influenced by a religious father who was a member of the Qadiriyya Sufi Order, Emir Abd el-Kader followed the Qur’an   strictly. He understood what “Jihad” really means despite the common misconceptions that surround it. Abd el-Kader knew the “struggle” of the “Jihad” teaching, instead of the misconception of the “Holy War” that other culture perceived Muslims.

With that foundation, Abd el-Kader practiced a humane approach despite the conflicts with their battle with France. Knowing the bad treatment that Algerian soldiers had to endure when the French captured them, Abd el-Kader still wanted his soldiers to treat French soldiers as humanely as possible because of his beliefs. Unfortunately, as time went on, unable to see the good intentions of the Algerian leader, the French finally claimed their victory as they captured and exiled Abd el-Kader.

Lakshmi Vemuri, a sophomore of the school of Diplomacy and International Relations, believed that talk left a positive on not only herself, but also to the Seton Hall community. Lakshmi shared, “The story of Emir Abd el-Kader was one of the compassion and understanding for one side understanding the other.”

She also thought that these kind of stories would leave a better impact and impression on the student body as they explore other sources of information regarding these issues. “I think what Seton Hall students can learn from the talk is how this understanding can help with negotiation. The foundation is also doing a good job with creating the message of Abd el-Kader and spreading throughout the Middle East and beyond,” said Lakshmi.

In a similar tone, Andrea Bartoli, Dean of the school of Diplomacy and International Relations, shared his thoughts on the short, but meaningful talk of Mohamad Mirghahari. Dean Bartoli said, “The work of the Emir Abd el-Kader fellow and of the researcher working with him is important to enrich the understanding of the U.S. government of a very articulated Islamic tradition.” Which is why he suggested that taking the story of the late Algerian leader seriously in current political environment. Moreover, Dean Bartoli emphasizes the key role of universities in general and Seton Hall University in specific as deep current have been developed with the maturation of the world and global security.

The purpose of the talk was not only to further spread out the story of Emir Abd el-Kader, it is also a part of a global effort to combat the misunderstanding about those who practice Islam. It is a hope that if other Muslim extremist organization knew about the story of the Algerian hero, the world would become a better place as believers would practice their beliefs the right away as the Qur’an intended. 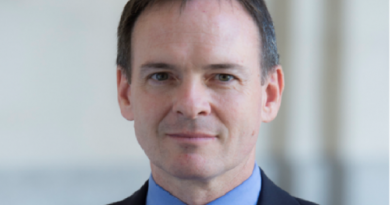