The Brazillian government is trying to negotiate exemption from the Trump administration’s newly announced tariffs on steel and aluminum imports.

President Trump imposed the 25 percent tariff on steel and 10 percent import tax on aluminum on March 8. The Financial Times reports that many critics have declared the measure a return to the American protectionism of the 1960s, while others praise the move as being tough and actionable against a national economic threat. President Trump declared his intentions in a tweet on March 1, saying “Our Steel and Aluminum industries (and many others) have been decimated by decades of unfair trade and bad policy with countries from around the world. We must not let our country, companies and workers be taken advantage of any longer. We want free, fair and SMART TRADE!”

Regardless of opinion, an act of American protectionism to this scale has not been seen since the Nixon administration. The last U.S. steel tariff was implemented by President George W. Bush in 2002, and was revoked after less than two years. The measure was shown to have adversely affected U.S. GDP and employment.

Acting Trade Minister of Brazil, Marcos Jorge, has already met with U.S. Secretary of Commerce Wilbur Ross in Paraguay. Jorge says in a statement to Reuters, “We will work to exclude Brazil from this measure…I don’t rule out, if necessary, resorting to any other measure to protect the national interest.” It has been suggested that the next step, should the U.S. not agree to a revision, would be an appeal to the World Trade Organization.

The tariff disproportionately affects countries such as Brazil, even though the measure was implemented to reprimand China. There is precedent for countries to negotiate exemptions with the U.S. government, as demonstrated by Canada and Mexico.

Jorge expects Brazil to “easily join” this group of exempt nations due to its 11 yearlong trade deficit with the economic superpower. Brazil is the U.S.’ second largest steel supplier, according to Reuters, and in 2017 exported $3 billion worth or iron to the states. According to CNBC, as of September 2017, U.S. steel imports were composed of 13 percent Brazilian steel, compared to 16 percent Canadian and 9 percent Mexican. Top sources of aluminum include Canada at 56 percent, and Russia and the United Arab Emirates at 8 and 7 percent respectively.

An anonymous source within the Brazilian government also commented to Reuters that he believes “Trump’s address was very general and aimed at the U.S. public, but appeared to allow for voluntary export restrictions and other concessions that would avoid the application of tariffs.”

The strain of a steel tariff could falter Brasilia’s economy during an important growth spurt. Brazil is currently the largest retail market in Latin America and international companies are starting to increase Greenfield and other foreign investments. Engadget reports in March that Amazon will be moving past its current exclusively three-party vendor system. After meeting with Brazilian manufacturers for “over five years”, the eCommerce giant is now looking to open its first warehouse in Sao Paulo.

Boeing is also reportedly testing the waters of what the BRIC nation is able to produce. Investor’s Business Daily claims they have invested in a joint venture with Embraer, Brazil’s third largest commercial and military plane conglomerate, as a majority stakeholder, to design and build a new mid-series commercial plane.

Prior to the new steel tariffs, Brazil’s biggest threat to its burgeoning space hub industry was negotiating a technology safeguards agreement, used to protect sensitive American space launch and satellite technology, with the U.S. Now, the threat of rising tariffs and sting of unfair trade agreements could cost Americans opportunities – new job creation, GDP growth, presence in an emerging tech sector, and innovative expanse – with this emerging economic powerhouse. As Brazil continues to climb out of a deep economic recession, it continually works to preserve it’s trade margins. The Brazillian government has made it clear that if talks fail, they will investigate taking further action to protect its industry. 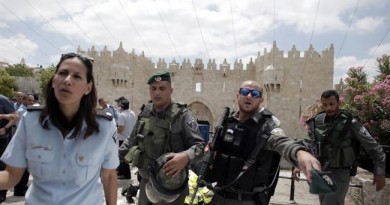