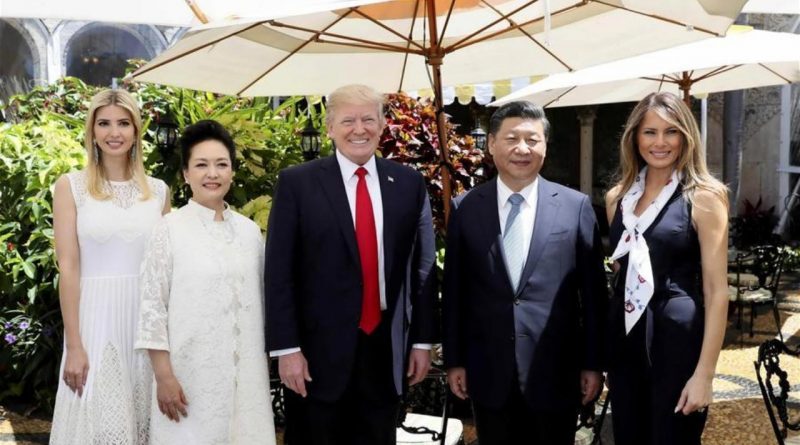 President Trump and his wife Melania concluded 2017 with a diplomatic tour of Asia, visiting countries such as Japan, China, South Korea, Vietnam and the Philippines. In China, President Trump spoke highly of President Xi Jinping and left the country seemingly optimistic.

Analysts have put forth commentary regarding U.S.-China relationships since the Trump and Xi’s meeting. According to US News, Wang Huiyao, head of the thinktank Center for China and Globalization, explained “China attaches great importance to guanxi (personal relationships) and it’s especially important, given you have a top-down approach to leadership in China, to see Xi get on so well with a foreign leader.”

This friendship is one of incredible importance, but also of the unexpected, considering President Trump criticized China multiple times throughout his presidential campaign. However, according to The New York Times, the 45th President seems to have begun taking a different approach, and is now speaking of President Xi with more respect and even a sense of admiration.

Regardless of how President Trump evaluated China and its leadership in the past, it seems that both countries have moved forward, putting them in a position to work together to solve conflicts currently facing Asia. As leaders in their respective regions, While China remains hesitant to deal with their albeit unpredictable ally, a growing relationship between the U.S. and China could prompt Beijing to take actions towards ending the North Korean conflict. This topic was addressed multiple times throughout Trump’s visit, reports The Diplomat.

On a more personal note, President Xi and his wife invited President Trump and the first lady to dinner at the Forbidden City, a welcome that has not been extended since 1949. The invitation, while seemingly insignificant, is actually a sign of a blossoming relationship between the two world leaders. Melania Trump also joined Madam Peng, President Xi’s wife, on cultural excursions and took part in learning about the Chinese culture. According to The Diplomat, Trump, unlike his predecessors, has seemed to focus on the personal relationships he has with world leaders, as evident through his other outings with Japanese Prime Minister Abe.

Ever since coming into office, President Trump has been very focused on trade in the Indo-Pacific region. As a former businessman, this comes as no surprise, and it definitely doesn’t surprise anyone that he discussed trade in every country he visited, according to US News. While his current plan against the Chinese produced washing machines and other large products that are less desirable for the country, Trump voiced his praise for Xi and noted that it was not the country’s fault for the trade gap between the U.S. and Asia.

Trump is making progress in Asia whether it be through golf with the Japanese Prime Minister, discussion with South Korea on what to do about North Korea, or a change of heart regarding the Chinese government, he has been working to build lasting friendships with these significant leaders and has been doing a credible job thus far.