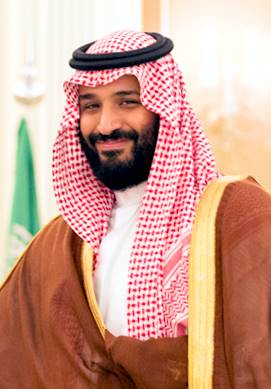 According to , recent events in Saudi Arabia have led to an increased international awareness of the actions of Mohammed bin Salman, the country’s Crown Prince. Over the weekend, Prince Mohammed tightened his clasp on Saudi power with the initiation of his anti-corruption campaign which is a purging of the country’s business and political elite. Among the arrested were 11 princes and four current ministers, reports The New York Times.

Reactions have been mixed inside and outside of the kingdom.  President Trump, along with many Saudis, expressed his pleasure in regards to the arrests, saying that the arrested had been using their power to drain the country’s public funds for years, according to The New York Times.

On Friday November 3, Syria’s Defense Ministry and state media released a statement that their forces had taken full control of Deir Ezzor, the last major Syrian city under the Islamic State’s control, reports CNN. Victories for Syria in Deir Ezzor and earlier in Raqqa mark significant steps for Syria and large blows for ISIS with US-backed militias depleting the group to positions in towns and villages near the Iraqi border.

The New York Times reports that Syrian gains come with the aid of Iranian influence.  Its own forces as well as Hezbollah and Iraqi Shiite Militias continue to battle alongside Assad’s troops. As international pressure on Assad’s resignation continues to ebb, Saudi Arabia’s crumbling effort to push Iran out of Syria has stepped into the spotlight.

In Beirut, Lebanon’s Prime Minister Saad al-Hariri resigned on November 4 after it was reported that an assassination plot was foiled days before. Hariri accused Iran and its Lebanese counterpart Hezbollah of creating strife in the Arab World, reports Reuters.

After the resignation, a Saudi government minister said Hariri was in Riyadh to “ensure his safety.” Later, Hariri stated in a broadcast from an undisclosed location that Hezbollah was “directing weapons” at Yemenis, Syrians, and Lebanese.

Although Hariri’s government had conjoined nearly all of Lebanon’s main parties, including Hezbollah, his coalition took office in a political deal that granted Michel Aoun, a Hezbollah ally, the presidency. This was recognized as an overall victory for Iran.

Now, thrust into the proxy battle between Sunni Saudi Arabia and Shi’ite Iran, al Hariri’s resignation deposed the coalition government, plunging Lebanon into a new international political crisis.  As Hariri was Lebanon’s most influential Sunni politician, the resignation risks straining sectarian pressure between Sunni and Shi’ite Muslims, according to Reuters.

Although it is clear the resignation was a Saudi maneuver against Hezbollah, it is difficult to see what the Saudis gained other than a demonstration that it can and will impair Lebanese politics.

On Friday November 3, a ballistic missile fired from Yemen was intercepted by Saudi military over Riyadh’s international airport. Hours after the missile was diverted, Sana, Yemen’s capital, was barraged by Saudi-led coalition airstrikes, reports The New York Times.

BBC News reports that although Yemen’s Houthi rebel-controlled defense ministry said its forces targeted the airport with a long range missile, Saudi military officials have suggested the attack was ordered by Iran, who it believes back the Houthis. Al Hadath, a Saudi-run news channel, was quoted saying “This act of aggression against Riyadh proves involvement of one of the terror states supporting the Houthis”.

Upon assuming power in Saudi Arabia, Prince Mohammed commenced a military campaign in his southern neighbor state of Yemen in March of 2015.  Recently, he has stated that the war must continue in order to quash Iranian influence, albeit the fact that the conflict has killed more than 10,000 people.

In June, Saudi Arabia, the UAE, Egypt, and Bahrain cut relations with neighboring Qatar, stating its support of extreme Islamist groups and its ties with Iran. Although Qatar rejects these accusations, it is recognized that Qatar has spurned Riyadh by fueling Arab Spring uprisings against rulers across the region.

Although originally projected as a victory by Saudi Arabia, the diplomatic split has given the advantage to Iran, reports The New York Times.  After Saudi Arabia and the UAE restricted Qatari aircraft from their airspace, Qatar simply used Iranian airspace.  Similarly, when Saudi Arabia locked Qatar’s only land border, it turned to Turkey and Iran to make up for the loss.

Saudi Arabia and Iran seem determined to come as close as possible to engaging each other through proxy conflict, without either one taking direct military action against the other.

With Saudi Arabia’s military confined in Yemen and Iran’s forces occupied with defeating the Islamic State in Eastern Syria and Iraq, direct military action would risk even larger destabilization in the Gulf and beyond. It would also disrupt oil shipment flows vital to both countries and their allies. It is unlikely Saudi Arabia will act without a “go” from Washington, where years of policy have been established dissuading direct confrontation with Iran.

If one thing is clear, it is that the Middle East is on the brink of dramatic changes.  Saudi Arabia’s continuing rivalry with Iran, its competitor for Middle Eastern power, has deepened as Prince Mohammed bin Salman labors to build a Sunni alliance against Tehran and its coalition in the Arab world. 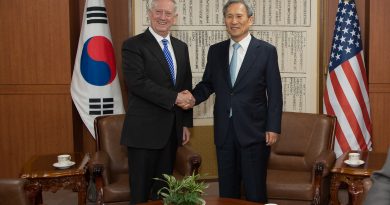 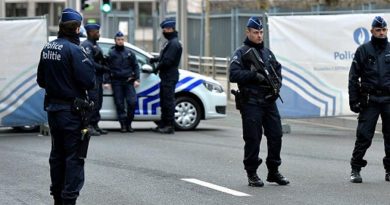 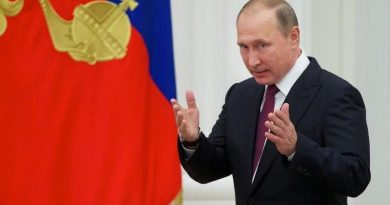