One of the most widely scrutinized instances of social media activism in recent events is the #BringBackOurGirls movement. The basic idea behind the hashtag—advocating for the freedom of 276 Nigerian schoolgirls from militant Islamist kidnappers who have promised to sell girls into sex slavery—seems like it would be a well-respected cause met with little resistance. Yet it is not the cause that bothers critics; it is the way the cause is promoted.

People retweeting the hashtag and posting pictures of themselves holding signs with the hashtag are accused of bandwagoning and making themselves appear noble by supporting a “trendy” cause. As outlined by The Washington Post, Nigerian-American writer Teju Cole argued that the sudden interest in the #BringBackOurGirls movement is hypocritical as people are only interested in supporting well-known causes for the sake of others seeing them support it. He raises a valid point in an NPR interview with Mausi Segun, the Nigeria researcher for Human Rights Watch: Boko Haram has repeatedly used kidnapped girls between ages 11 to 15 as suicide bombers, yet there are no trendy hashtags or photo movements for this so it is a fact that remains largely unknown. Nigerians such as Cole argue that nothing is being done because it has fallen out of fashion to care about young girls being kidnapped, gang raped, and killed in order to commit mass murder and spread terror across Nigeria.

According to an article released by Time Magazine, Nigerian forces rescued 200 girls from Boko-Haram about a year after the #BringBackOurGirls campaign was created. However, the girls rescued were not the Chibok girls so many had been tweeting about, and the event prompted a variety of questions regarding the purpose and execution of the movement. Many supporters of the movement were disappointed to hear that the girls whose safety they campaigned for were not rescued. This calls the purpose of the movement into question: did supporters care about rescuing young girls from Boko Haram’s captivity, or did they merely want to see a singular goal of their own accomplished? Critics of the movements, particularly Nigerians, accused supporters of rallying behind them because it made them feel and look good rather than because they genuinely cared about the freedom and well-being of the many young girls kidnapped, raped, sold and murdered by Boko Haram.

In an article for Naij.com, Peregrino Brimah summarizes the outrage at his country’s own ability to bring the girls back alive. He brings attention to a viable reason of why the girls haven’t been rescued: the corrupt and untrained Nigerian military. He calls on international organizations to “initiate and enforce strict sanctions against Nigeria’s government and military personnel who have demonstrated indignant dereliction of duty to protect life and defend the nation.” At the very least, some of the blame lies within Nigeria’s government and military. However, there are no trendy hashtags or catchphrases about this fact. Fighting corruption, building a democracy, and properly training soldiers is difficult, messy, and unappealing, likely entailing years of effort, time, and money.

Critics say that clicktivist feminist movements would be more effective and well-received if they featured native citizens of the countries in question rather than public figures with little firsthand knowledge of the culture and politics. During World Day Against Trafficking in Persons, law students from multiple Caribbean countries contributed to #igivehope, a hashtag dedicated to showing solidarity to victims of sex crimes. According to Global Voices, students from the Hugh Wooding Law School in Trinidad and Tobago distributed learning materials and delivered presentations about human trafficking to schools, created a public service announcement broadcasted on local television, and advised victims of rape and domestic violence. The campaign featured native citizens attempting to raise awareness in other native citizens and focused on concrete, direct action rather than just generating interest and likes.

Flaws aside, clicktivism is a useful tool to spread awareness for different movements. The problem within clicktivism is in the lack of effort it often brings about; clicktivists are quick to mold movements into what is convenient and understood by them and their society. It oversimplifies issues that are complicated and will not be solved as easily as reaching a given amount of retweets. Clicktivism must be viewed as one of many stepping stones to solving a problem and must be accurately customized to reflect political and cultural nuances of the society clicktivists are trying to aid. 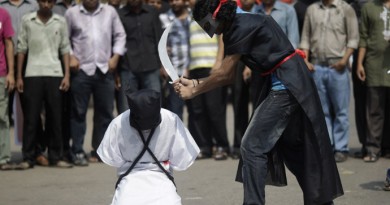 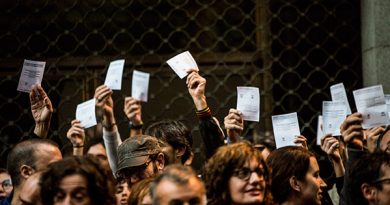