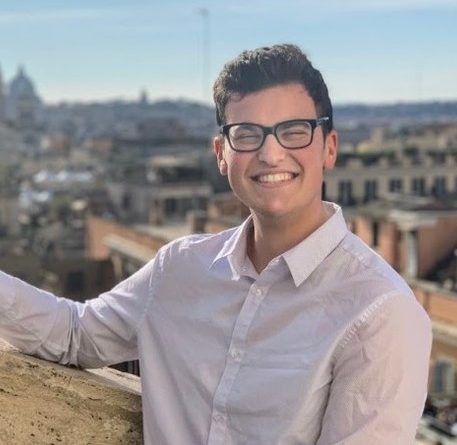 I had the privilege of interviewing James Carpenter, a senior in the Stillman School of Business who interned with Deloitte this past summer. His internship was indeed one of a kind, being held remotely during the pandemic. Despite that, he spoke positively about his internship and sees a bright future for himself at Deloitte in the audit practice. James held Deloitte’s company culture and emphasis on teaching its interns in high regard. He spoke about how Deloitte is considerate of their employees and how even though they are expected to work long hours, the company understands that there is more to life than work. His internship was mainly focused on education and beginning to understand the company culture and work-life balance a full-time job would entail. In speaking to James, he drove an emphasis on being open-minded throughout college. He mentioned that people could sometimes be naïve enough to forget that life is not a straight path. Even for him, during our interview, he described that although he had been an accounting major throughout his time at Seton Hall, he saw himself working as an accountant in the private sector, ideally for a pharmaceutical company in New Jersey. Soon he will be a public accountant at Deloitte in Philadelphia.

As we all know, obtaining an internship at any one of the big four is no easy feat. It is an understatement when I say that James had to work hard to get to where he is. As a member of the Leadership Institute and president of Alpha Phi Omega, he is heavily involved in the university. When I interviewed James, he kept on mentioning the mentors that helped him through his professional career. What caught my attention specifically was how all the ones he mentioned during the interview were alumni from the Leadership Institute. Even his student mentor ended up working for KPMG. One of the main reasons why James chose to work at Deloitte was because of a sense of familiarity with one of his mentors working at Deloitte in audit. It is clear how the alumni from the Leadership Institute molded James. He mentioned that one of the best things he got out of being a member of the Leadership Institute was to have someone you can trust there to support you, be it in the form of mentors or peers. Learning to ask questions and learning how to work with a team at the Leadership Institute are invaluable skills that helped James perform during his internship at Deloitte. Last year James attended an on-campus interview for Deloitte, where he applied for the “Deloitte University Leadership Center” in Westlake, Texas. After which he was one step closer to obtaining his internship at Deloitte.

James’s internship at Deloitte was remote, as the COVID-19 pandemic continues. His internship was mostly focused on learning about the audit practice at Deloitte, which involved changing his mindset to begin thinking like a Big Four auditor. As the internship progressed, James soon realized that it seemed like almost everyone was going through the same struggles regarding the pandemic and having their internship being restricted to remote. As he described it, Deloitte was understanding about the circumstances their interns were facing and adjusted as best they could. James attested to the accountability that was expected from every Deloitte intern to attend meetings, be participative, and take assessments afterward. During his internship, James worked on a case study that required him to utilize all the concepts he learned over the summer.

James puts a big emphasis on being open-minded. When he came into college as a freshman, he did not think that he would have worked for one of the Big Four accounting firms. Even debating it throughout his college career receiving advice from his mentors, not only does he says he is happy with his decision of working for Deloitte, but he also shows it with a grin on his face every time I asked him about Deloitte. Also interning for Novartis as an accountant in the private sector, James has experience in both the private and public sectors of accounting. He remains sure about his decision to go into the public sector, and James sees a bright future for himself at Deloitte and plans to obtain his CPA certificate in the fall of 2021. As college students, many of us struggle with being open-minded about different career paths and opportunities, thinking it is bad to not know exactly what we want to do when we graduate or know exactly whom we want to work for. James’s story shows his level of maturity in approaching these issues. I believe that we can all benefit from following in some of his footsteps throughout our college careers.