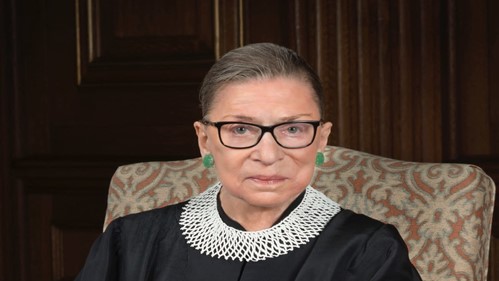 Justice Ruth Bader Ginsburg passed away last Friday due to metastatic pancreatic cancer.
One of justice Ginsburg’s last words to her granddaughter were, “my most fervent wish is that I will not be replaced until a new President is installed.”

Justice Ginsburg passed after marking her place in the political world as a cultural, feminist, and legal icon through her 27 years of service for the Supreme Court. Ruth Bader Ginsburg molded the world for American women through her fights for gender equality through various Supreme Court cases.

Being the iconic women’s rights activist and feminist that she is, she won major gender discrimination cases before the Supreme Court and after that had the opportunity to be appointed by President Bill Clinton in 1993 to the top of the United States judicial body. She was the second woman to ever be appointed to such a position and helped in delivering revolutionary laws on issues such as gender equality, abortion, same-sex marriage, immigration, and health care.

Today house speaker Pelosi joined other female lawmakers in bidding a farewell to Justice Ginsburg as her casket departed the US capitol. This makes her the first woman and Jew in history to do so. Mitch McConnell made it clear despite Ginsburg’s wishes, that if there were to be a vacancy within the court, whether before or after the election, he would fill it with a Republican candidate nominated by President Donald Trump. Most likely, Trump will be successful in appointing one, which would result in 6 to 3 conservatives to liberal court and will remain that way for decades.

However, President Trump and Fox News host ticker Carlson state that Ruth Bader Ginsburg never made such a statement and that the statement could have simply been crafted by democratic leaders; despite her granddaughter going on record of her saying so.

Trump states, “ I don’t know that she said that or was that written out by Adam Schiff and [Charles] Schumer and [Nancy] Pelosi. … So that came out of the wind, let’s say. I mean, maybe she did or maybe she didn’t.”

Carlson, on the other hand bluntly states that “We don’t know actually what Ruth Bader Ginsburg’s final words were. Did she leave this world fretting about a presidential election? We don’t believe that for a second.”

Ruth Bader Ginsburg was a true feminist icon and her name will most definitely go down in history books for her revolutionary decisions and allowing for the evolvement of gender equality.